Who Should be the 2015 "African of the Year"? Submit Nominations Now! 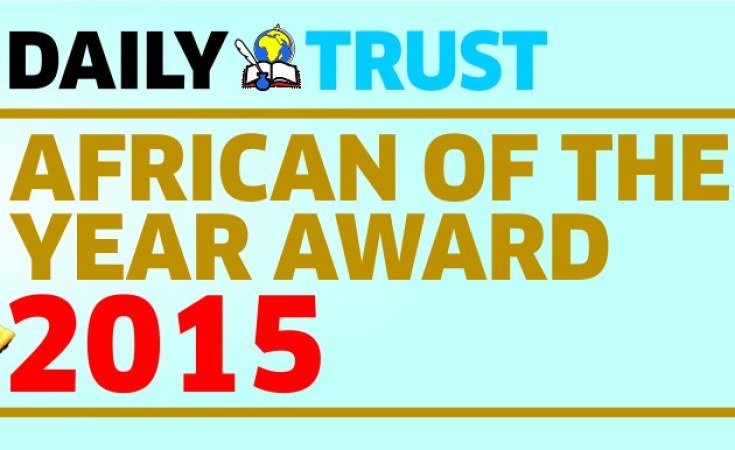 DAILY TRUST is receiving nominations for 2015 African of the Year. The annual award is for Africans who have distinguished themselves in their various walks of life and/or do charity projects in their immediate communities that are of positive impact to the people.

A leading pan-African commercial bank, UBA Plc presents US$50,000 prize for the winner.

The nominee should be an ordinary African who made extra-ordinary contributions to human development in any part of the continent this year.

Nominations can be made online via www.dailytrust.com.ng/award. closing date is September 30, 2015.

The winner will be selected by a seven-member Advisory Board/Prize Committee chaired by Dr. Salim A. Salim, former Prime Minister of Tanzania and ex-Secretary General of the Organization of African Unity, OAU (now African Union, AU).

The African of the Year Award was inaugurated in 2008 by DAILY TRUST in partial fulfillment of the company's avowed commitment to promoting African unity and sustainable development across the continent.

The maiden award was presented to a Congolese gynecologist, Dr. Denis Mukwege in recognition of his exemplary humanitarian offer of free reconstructive surgery to victims of rape in the war-torn Democratic Republic of Congo, DRC.

Tagged:
Copyright © 2015 Daily Trust. All rights reserved. Distributed by AllAfrica Global Media (allAfrica.com). To contact the copyright holder directly for corrections — or for permission to republish or make other authorized use of this material, click here.