Africa-India Facts & Figures 2015 to be Launched in New Delhi 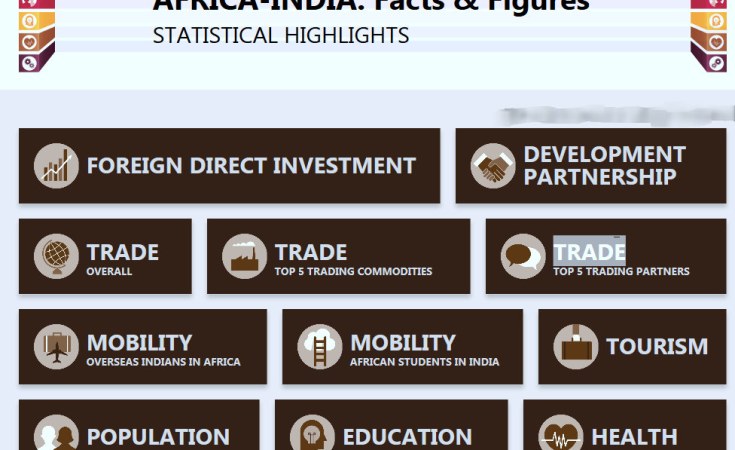 Addis Ababa/New Delhi — The United Nations Economic Commission for Africa (ECA) and the Confederation of Indian Industry (CII) will launch the Africa-India: Facts & Figures 2015, in New Delhi in the margins of the India-Africa Summit. The publication is centred on the key sectors that Africa and India place the greatest levels of engagement.

The release is predicated on the acknowledgement that India and Africa share a common understanding of a number of key sectorial issues; these include the value of micro, small and medium-scale enterprises and their imperative for industrialization; the need for a robust financial sector; regional integration and cooperation and as well as the importance of regulatory frameworks to spawn new ways of doing business. In the area of science and technology, the two entities share the common objective of enhancing collaborative research, strengthening science and technology institutions and cashing in on the growth of a south-south dynamic information economy.

Mr. Lopes and Mr. Banerjee will launch the publication on 28th October at Hotel Le Medidian at 11:11:30am. The event will take place immediately after the inaugural session of the India-Africa Summit which is scheduled to take place in New Delhi from 26-30 October 2015.

The release of this publication is timely, states Mr. Lopes. "This third India-Africa Summit to which 54 African countries are invited to participate is expected to result in a deeper engagement between India and Africa. For would be investors from both India and Africa, we are pleased to showcase the width and breadth of investment potential," he adds.