How to Secure Africa's Data Revolution 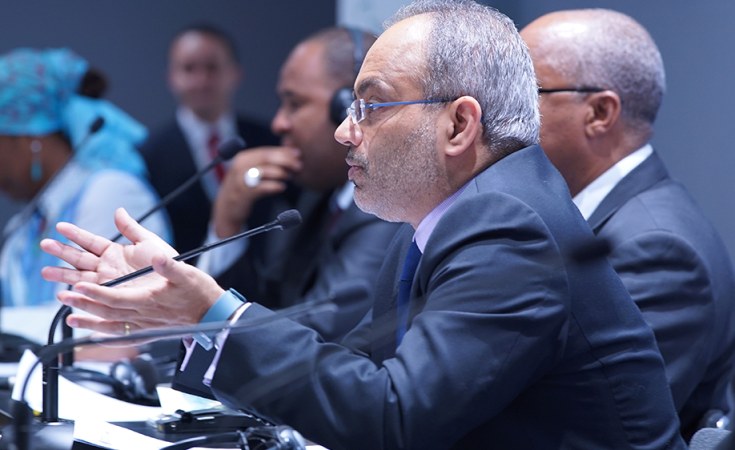 Africa needs to embrace the data revolution — the exponential increase in the volume and types of data available, which is creating unprecedented opportunities to inform and transform societies. To take one small example of the potential value: telecom companies can track people's movements using data that identify the mobile phone towers through which their calls are routed. Tracking where people went after leaving a disease hotspot helped epidemiologists working on the West Africa Ebola epidemic to predict where new outbreaks might occur.

The same information — but anonymised, so people can't be identified — can be used to track the movement of goods to markets, allowing economists to capture information on informal economies.

But collecting the statistics needed to inform society and track the 17 Sustainable Development Goals (SDGs) will require a formidable effort. And although not all government decisions need official statistics, Africa's statistical requirements already go far beyond what is needed for the SDGs. National statistical offices (NSOs) are overwhelmed with producing timely, reliable and relevant statistics on everything from making investment decisions to gaining intelligence about business opportunities.

And there is a hefty price tag. An unpublished report drawn up by the heads of African NSOs and other partners this year estimates that producing harmonised statistics to track the SDGs costs a minimum of US$1.54 for every one of Africa's 1.2 billion people. This figure would rise to US$4.33 per person with efforts to obtain more reliable numbers. It would increase further to US$8.11 per person in 15 years, when the population is also expected to have grown to 1.6 billion.

The expense is only one constraint — consistency, quality and the capacity of NSOs to produce good statistics are others. As a result, the statistics often don't tally for much of Africa.

One example is official GDP (gross domestic product) calculations by NSOs, which have shown that annual household income in Africa grew from 0.9 to 1.1 per cent over the last 20 years. However, researchers from the London School of Economics in the United Kingdom found that it grew from 3.4 to 3.7 per cent a year over this period, based on factors such as the number of households with TV sets or electricity access.

And according to a 2008 report by the UN Food and Agriculture Organization, official submissions of agricultural statistics from African countries were at their lowest level since before 1961 — to the point where only 1-in-4 countries reported basic crop production data.
Without reliable statistics, how can we trust the numbers we are seeing?

An excellent recent opinion piece by Shannon Kindornay spelled out the commitments, made by countries in July at the Financing for Development summit in Addis Ababa, Ethiopia, to harness the opportunities of the data revolution.
It also highlighted barriers to implementation. Here in Africa, however, there are very good prospects for overcoming these. The data revolution can become a reality — and quickly.

The Financing for Development summit owes its success to a conference held on the sidelines of the annual meeting of African ministers of finance and economic planning in March.There, a group of statisticians and data professionals from diverse backgrounds came together to chart a strategy for implementing the data revolution in Africa. The result was the Africa Data Consensus. The Consensus has many ground-breaking features, but two are particularly important.

One is rethinking the traditional concept of NSOs automatically 'owning' all official data that is collected and reported. The idea is to hand this role to 'data communities' — formed by bringing together the people from across the organisational spectrum (NGOs, private sector, NSOs or other government agencies) who produce or use data on sectors such as trade or energy. Second, the Consensus establishes a principle where country data provided by data communities could be accepted as sources of official statistics as long as it is sanctioned by the NSO.

Embracing the data Consensus would mean a shift in the role of NSOs. It could create a new statistical landscape for Africa, opening up the field of data production and dissemination to both state and non-state actors.
The professionals involved in data communities would be in charge of defining the data they produce and use — and, in the process, the statistics reported across countries would become more consistent. And because data collected by non-state organisations typically relies on mobile technologies, data collection and dissemination costs are likely to plummet.

Finally, and most importantly, there would be just one overriding criterion: that only the most relevant, reliable, accurate, accessible and timely data — irrespective of who is producing it — is acceptable.

Africa's NSOs have solid track records when it comes to cooperation and promoting innovative ideas. Previous initiatives include the African charter on statistics, a common legal framework for statistics development, and the Strategy for harmonization of statistics in Africa, a coordinated effort to support statistical consistency across Africa. So they are also likely to embrace the Africa Data Consensus — provided partners can be mobilised to help finance its implementation.

The UN Economic Commission for Africa, together with the African Union Commission and the African Development Bank, is supporting this effort to make the Africa data revolution a reality. Join us.

This article was published online by SciDev.Net on 5 November 2015 http://www.scidev.net/global/data/opinion/secure-africas-data-revolution.html