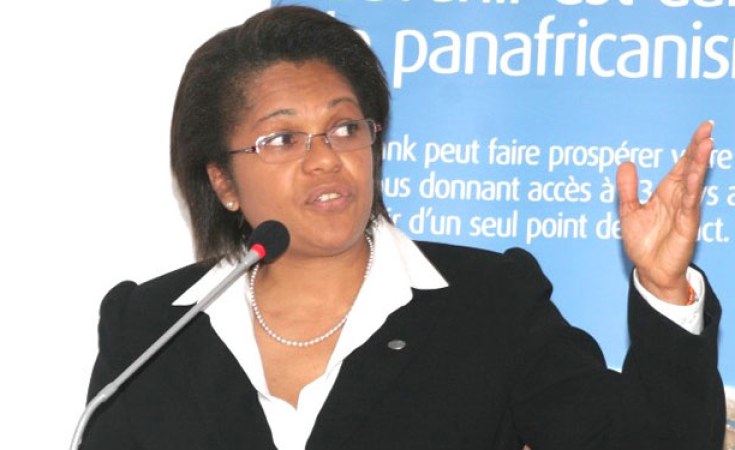 Ecobank Transnational Incorporated (ETI), parent company of the Ecobank Group, today announced the appointment of Mrs. Laurence do Rego as Group Executive of Commercial Banking. The appointment takes effect from 1 May 2016. Mrs. do Rego is currently Ecobank’s Chief Financial Officer and Group Executive, Finance.
Laurence do Rego, whose career spans some 24 years, joined Ecobank in 2002 as Financial Controller for the Group’s Benin subsidiary. She was later appointed Financial Controller for parent company ETI and became the Group’s Chief Financial Officer in 2005.

Mrs. do Rego has played a critical role in supporting the growth of the Ecobank Group from twelve countries to the scale and breadth that it enjoys today with a presence in 40 countries. She has been part of the team that led Ecobank's expansion into East and Southern Africa, including its acquisition of Oceanic Bank as part of its Nigeria subsidiary strategy.

The Chairman of the Group’s Board of Directors, Mr. Emmanuel Ikazoboh said: “Laurence has made a good contribution to the success of the business, and where Ecobank is today. The Commercial Banking business that she will be leading is also an important business for the continued success of the Group, and we look forward to her bringing the same level of professionalism to take this business to its highest potential.”

Ecobank Group CEO Ade Ayeyemi echoed Mr. Ikazoboh's commendation of Mrs. do Rego. He said: “I agree with the Chairman and take this opportunity to thank Laurence for her financial leadership over the last fourteen years at Ecobank. For eleven of these, she has led the function through the growing phase of the institution. I am confident that she will bring the same dedication and leadership to our Commercial Banking business."

Commenting on her new appointment, Laurence do Rego said: “After 14 years of being part of a team with strong and talented finance professionals, I leave the function with mixed emotions. The team that I have worked with, and have also had the privilege of leading, is the best talent I could ever have hoped for. Together, we have achieved great things, and without them the journey would have been impossible. I am also very humbled with the trusted opportunity to take on a new challenge, and I look forward to bringing the same commitment to achieving success for the Group."

Ecobank will announce the replacement for Laurence do Rego as ETI CFO and Group Executive, Finance in due course.

Tagged:
Copyright © 2016 Ecobank. All rights reserved. Distributed by AllAfrica Global Media (allAfrica.com). To contact the copyright holder directly for corrections — or for permission to republish or make other authorized use of this material, click here.