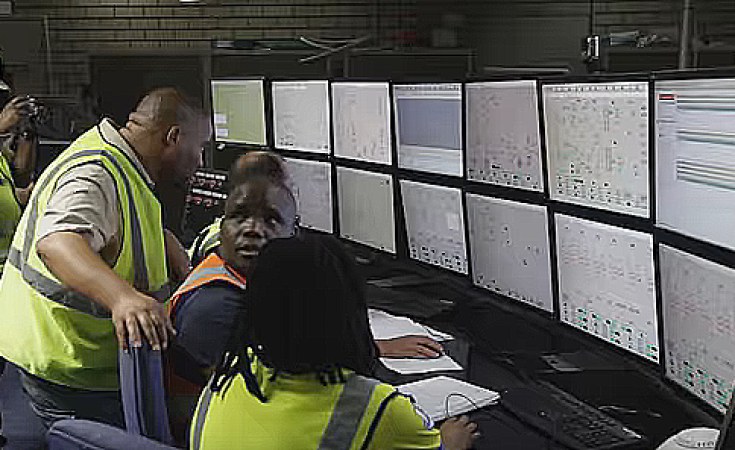 You've heard the story before. Uber, the world's most valuable cab company, owns no taxis. Airbnb, the world's busiest accommodations business, owns no hotels and Facebook, the world's largest social media company, creates very little content. Instead, they use software and advanced data analytics to match supply with demand and give customers what they are looking for in the most direct way.

The unit can do that because GE has its own software and analytics business called GE Digital, and developed Predix, a cloud-based software platform for the Industrial Internet. Today GE Power added more muscle when it acquired NeuCo, Inc., a Boston-based software and data analytics startup focused on improving fossil-fuel-fired power plants. The price of the acquisition hasn't been disclosed.

"The problem of generating sufficient power to meet the world's growing electricity needs is substantially a big data problem," said Ganesh Bell, chief digital officer for GE Power. "Only data science can pinpoint the types of 1 and 2 percent productivity gains which, when scaled globally, can dramatically impact productivity and reduce fuel consumption and emissions."

NeuCo's software collects and analyzes data from steam turbines, generators and other technology working inside coal-fired power plants. GE Power acquired much of this technology with Alstom last year. Some of these machines are already highly efficient. Last fall, the Rheinhafen-Dampfkraftwerk electrical-generation facility (RDK 8) in Karlsruhe, Germany, which is using GE technology, achieved a 47.5 percent net thermal efficiency while producing 912 megawatts of electricity, a world record.

Why coal? As much as we would like the fuel to stay in the ground, it still supplies nearly 30 percent of global energy consumption — its highest share since 1970 — and provides 40 percent of the world's electricity. While this number is expected to drop to 30 percent by 2040 (34 percent in America), coal will remain the backbone of the power systems in many countries, despite new capacity coming from natural gas and renewables.

If coal-fired plants are not going away, Bell and his team want to make them cleaner and more efficient by combining NeuCo's software with Predix and mining data coming from sensors inside the plants for valuable insights.

NeuCo's software, for example, optimizes fuel and air distribution for a coal plant's boilers. Boilers are essential to the overall efficiency and performance of coal-fired plants. Too much air and the plant generates costly and unnecessary emissions, while too little air leaves unburned coal and wastes fuel.

The software finds the sweet spot between fuel and air intake and optimizes the internal temperature of the boiler to ensure the most efficient burn. "Think of it like cruise control for a car that adjusts acceleration (and fuel consumption) to maintain a set speed far more efficiently than a human can," Bell says.

All GE businesses are linking machines to the cloud. GE Transportation plans to optimize entire rail networks, GE Aviation is focusing on fleets of passenger jets and GE Healthcare is using software and analytics to improve treatment and reduce costs.