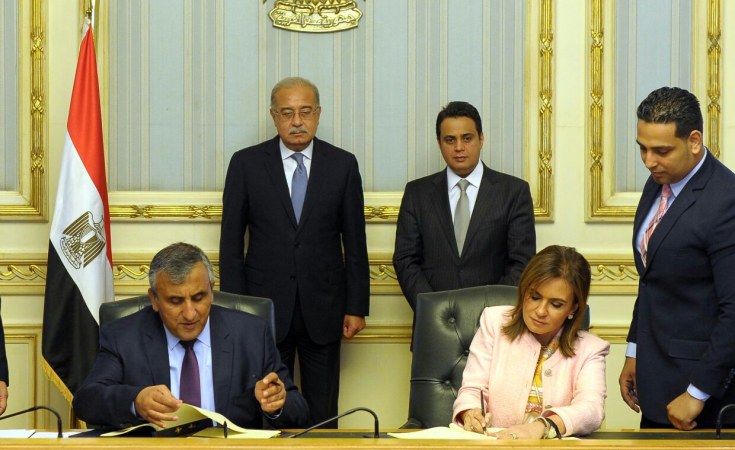 The Loan Agreement was signed on behalf of the Government of the Arab Republic of Egypt by Her Excellency Dr. Sahar Ahmed Mohammed Abdul-Moniem Nasr, the Minister of International Cooperation, and on behalf of Kuwait Fund for Arab Economic Development by Mr. Abdulwahab Ahmed Al-Bader, Director-General of the Fund.

The Project aims at meeting the demand for potable water in some towns in the Governorate of South Sinai and in existing residential settlements and other settlements to be established near these towns within the framework of the Program of the Government of Egypt for the Development of the Sinai Peninsula.

The Loan will be for a term of 25 Years, including a grace period of 5 Years, and is to be repaid in 40 semi-annual instalments, the first of which will be due on the first date on which interest or other charges on the Loan will fall due in accordance with the Loan Agreement, after the expiration of the said grace period. The Loan bears interest at the rate of 1.5% per annum, in addition to a service charge of 0.5% per annum to meet administrative costs and other expenses related to the implementation of the Loan Agreement.