Handy Work: How a Midwife from Zimbabwe is Improving Global Healthcare 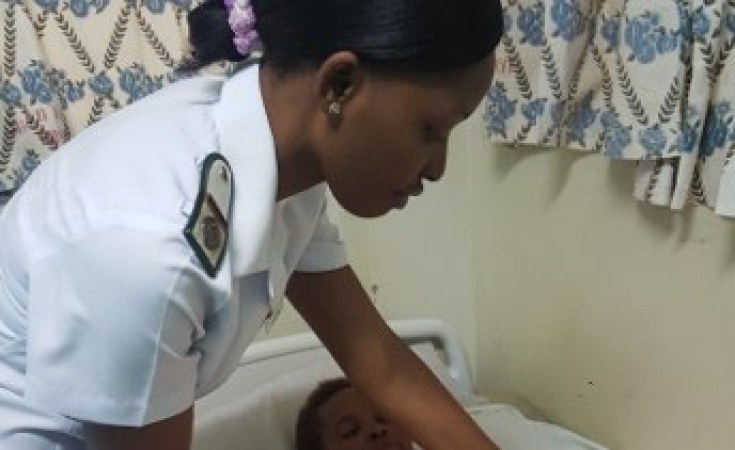 When Clara Methie isn't at the bedside delivering babies, she's lobbying administrators to provide basic resources. Where she works in Zimbabwe, sterile gloves which are abundant in hospitals in developed nations are scarce or even unavailable to her and the students in the labor and delivery ward where she teaches. It wasn't until Clara and a handful of others logged multiple complaints that the administrators promised to make sterile delivery packs which include clean instruments, linens and pads more widely available.

Unduly exposing women to infection during labor and delivery contributes to the approximately 830 women who die from preventable causes during pregnancy or childbirth every day; 99% of the 287,000 women who die in childbirth each year live in developing countries like Zimbabwe where maternal and infant mortality rates are among the highest in the world.

To improve maternal death rates on the global level, Clara says you have to empower the burgeoning young group of midwives to find their voices and push for change on the institutional and national level – something she has only been able to do since working in her current role where all teaching staff, not just department heads, are free to share concerns about system-wide changes that are needed to reduce maternal deaths. "This is a rare opportunity," she said. "I spent five years in my last role and we never had a chance to speak up." She implores government agencies to take a similar approach by inviting women to have a seat at the table, listen to what they have to say, and appoint them to leadership positions where they have the ability to enact change.

"In developing nations, midwives are rarely heard or given leadership roles," she said. "We know what we need to improve our working environment and provide the best standard of care for women during pregnancy and delivery. If we are given a seat at the table to discuss such topics as policy-making and revenue allocation, we would allocate revenue accordingly and make decisions focused on women. We need to work together to make this happen."

To help make it happen, GE Healthcare, UNFPA, and the United Nations Population Fund will launch an online midwifery training and networking platform to connect more than 700 midwives from 30 countries worldwide. Clara is part of this initiative intended to be a mentoring destination – a place where young up-and-coming midwives get exposure to leaders who share information on the latest healthcare solutions and prepare them to play a greater role in policy dialogues and advocate on behalf of midwives and the women and children they serve within their countries.

Staggering gaps in female global healthcare leadership positions extend well beyond midwifery. Although women make up 75% of the global healthcare workforce, women only hold 38% of the top jobs in global health. Clara believes if more women across all sectors of healthcare are given opportunities like the one she has with the online midwifery leadership program, real change will occur. But for now, as an experienced midwife and institutional lobbyist, she's directing her efforts on improving midwife retention and morale – a problem at her institution and across Zimbabwe. She will continue lending her hand to frustrated midwives who lose hope, redirecting their attention to remain focused on the path forward. "A year from now, I'd love to announce that I've been able to advocate for midwives to stand up for themselves for change. If midwives are motivated and focused, it will also improve the quality of care for women and babies. That is my hope."

This article first appeared at GE Healthcare's The Pulse - on health, science and technology