Majorities in Most African Countries Polled Approve of Leaders; Prefer to Work in Business; But Still See Corruption as Widespread 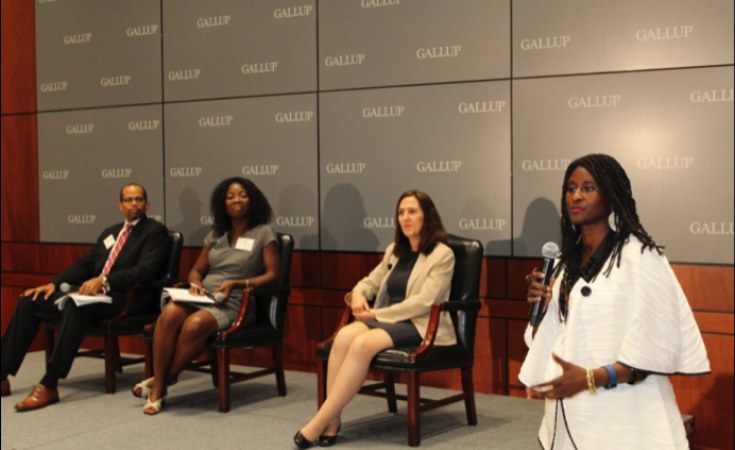 Majorities in most countries approve of leadership

Majorities in 21 of the 28 African countries that Gallup surveyed in 2015 -- a year marked by elections across the continent -- said they approved of the job performance of their respective nation's president. Ratings were highest in Botswana, Burkina Faso and Kenya, where roughly four in five said they approved. Approval was lowest in the Democratic Republic of the Congo (28%) and Mauritania (32%).

More than a dozen national elections have taken place across the African continent since 2015, with some observers perhaps expecting to see more changes than they did. But ahead of the ballot, incumbent candidates enjoyed relatively high approval ratings and, in most cases, they were able to win another term. Leaders from new ruling parties succeeded in coming into power in Burkina Faso--where transitional President Michel Kafando was banned from running--and in Nigeria, where Muhammadu Buhari broke 16 years of consecutive rule by the People's Democratic Party (PDP).

Though Nigeria's embattled economy boasts abundant human and natural resources, more Nigerians say that corruption is widespread in their government (95%) than in any other country in sub-Saharan Africa. President Muhammadu Buhari -- elected last year on an anti-corruption platform -- has cracked down, but more needs to be done, a reality that the President has recently acknowledged himself in remarks at home and speeches in the U.S. and Britain. In Tanzania, which Gallup surveyed prior to President John Magafuli's election, nine in 10 (90%) view government corruption as widespread, staking a similarly difficult path for the country's new leader to fulfill campaign promises. 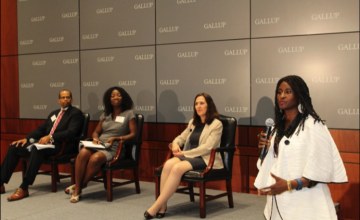 Ahead of President Obama's second U.S.-Africa Business Forum planned for New York on September 21, 2016, the FEEEDS Initiative -Food Security, Education, Environment-Energy, Economics, Democracy-Development and Self-help- in partnership with GALLUP, hosted the third annual forum on Africa in Washington, D.C. on July 14 to discuss the importance and impact of Africa Diaspora small and medium size Enterprises (SMES) in the development of the Continent.

Rwanda stands apart from other countries in 2015, with fewer than one in 10 (7%) saying that corruption is widespread throughout their government. Rwanda's success in battling corruption is well-documented. In recent years, anti-corruption watchdog Transparency International reported Rwanda's corruption levels as "negligible," while the country's 'zero tolerance' corruption policy requires all high-ranking officials to declare assets on an annual basis.

More Prefer Jobs in Business than in Government

Even though perceptions of corruption in in sub-Saharan Africa's private sector remains high, many still say they would prefer to work in business (47%) than in the relative security of the public sector (35%). The preference to work in business is highest in Somalia (76%) where few government jobs exist and entrepreneurialism is high. A preference for private-sector employment is also high in Liberia (71%), Kenya (67%) and Botswana (66%), where all three populations have been among the most likely in the world to say they plan to start a business.

Majorities in only a handful of African countries state a preference for public-sector employment, including Mozambique (66%), Madagascar (59%), Rwanda (53%), and Cameroon (53%). In South Africa, where public-sector growth has exploded in recent years, government employment is preferred to the private sector by 48% to 43%.

With its business-friendly population and opportunities for market growth, African GDP and foreign direct investment (FDI) is increasing at a faster rate than any other region in the world. Still, corruption remains a serious impediment to outside investment, raising production costs and increasing uncertainty on future returns. According to the Mo Ibrahim Foundation, corruption in Africa costs the continent $148 billion per year, an amount equivalent to roughly 25% of GDP. Efforts to promote job creation in Africa's rapidly growing private sector need to come in tandem with strong policies promoting transparency and accountability. Increased investment in key African markets requires the kind of stable business environment and transparency that endemic corruption erodes.

Jay Loschky is Regional Director for Africa at Gallup.

Ambassador Dr. Robin Renee Sanders is CEO of the FEEEDS Advocacy Initiative and previously served as U.S. Ambassador to Nigeria and the Republic of Congo, and was U.S. Permanent Representative to the West African Regional Organization ECOWAS.

Tagged:
Copyright © 2016 FEEEDS Initiative. All rights reserved. Distributed by AllAfrica Global Media (allAfrica.com). To contact the copyright holder directly for corrections — or for permission to republish or make other authorized use of this material, click here.