Inspired by the New Iron Man, Some Frank Talk from Female Techies at GE 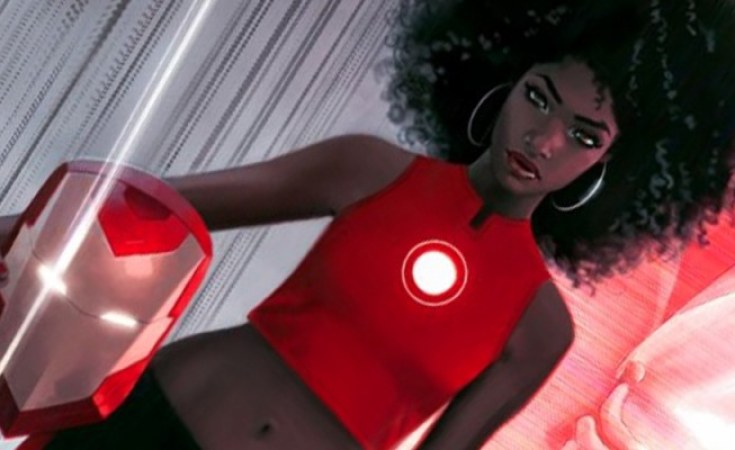 Art by Jeff Dekal | Marvel Comics
If you’re a fan of the Marvel superhero world, you’ll already have noticed that the next Iron Man is a black woman... Her importance shouldn’t be underestimated in a world where girls and young women still feel intimidated by technology and need even fictional role models to show them that anything is possible and no field is taboo.
Content from our Premium Partner
GE Africa (Lagos)

If you're a fan of the Marvel superhero world, you'll already have noticed that the next Iron Man is a black woman. You may also have noticed that this particular fantasy world has lacked diversity for some time – which helps to explain why so many fans were excited by the announcement of Riri Williams as Tony Stark's successor.

Where Stark was a billion-dollar tech businessman (played by Robert Downey Junior on the big screen), Williams is an exceptional student who designed her own Iron Man suit and enrolled at the Massachusetts Institute for Technology at 15 years old. Her importance shouldn't be underestimated in a world where girls and young women still feel intimidated by technology and need even fictional role models to show them that anything is possible and no field is taboo.

Inspired by Williams, here is some frank advice about what it means to be female and working in technology.

Women have made significant inroads into a number of science and technology fields usually dominated by men. One such example is Beena Ammanath, executive director for data and analytics at GE.

From the mid-1980s, the number of women majoring in computer science has decreased from about 40% to less than 17% today. As a result, women hold less than 27% of all computer science jobs and only 7% of venture capital funding goes to women-owned businesses.

Ammanath has been advocating for more women in positions of technology leadership. "I work to nudge the gender diversity stats higher each day. I have the power to set an example for middle school girls, high school girls and women who are just starting out in their technical careers," says Ammanath.

Ammanath believes that now is the best, most rewarding time to be a woman in technology. "At times, it can be a bit lonely and intimidating, however, this feeling is where I find my strength to work extra hard to be heard on behalf of the other 'female techies'," says Ammanath.

Women Leaders Have To Work Harder Than Men To Prove Themselves

As CEO of GE South Africa Technologies, a joint venture between GE Transportation and the Mineworkers Investment Company, Zeenith Ebrahim has to make sure GESAT delivers on one of the largest-ever transportation deals GE has concluded outside the United States.

"Being a CEO in a male dominated sector is not easy. While men continue to build relationships outside the boardroom,­ over drinks or on the golf course, as a woman you have to establish and maintain your credibility within the boardroom," she says.

But Ebrahim says she always felt a drive to succeed in order to make a meaningful difference. While in high school, her work with children's rights group Molo Songololo elevated her social consciousness and led to her first overseas trip at the age of 16. "It felt good to be part of a global community with common interests. I felt like I had a voice and if I hadn't learnt to proactively express my views and offer myself up to do and learn certain things, I don't think I would be where I am today."

GE is continually encouraging girls to consider the technology field with initiatives such as the Girls in Technology Day, which is held annually in Nigeria and encourages girls to pursue careers in the science, technology, engineering and mathematics fields.