RESOURCE: Feyisa Lilesa 'If I go back to Ethiopia, they will kill me'
allAfrica.com

Cape Town — Long-distance runner Feyisa Lilesa, 26, managed to hold on to collect silver in an exciting race that saw Kenya's Eliud Kipchoge cement his status as "the most commanding marathon runner of the current generation", according to the IAAF.

He crossed his wrists above his head in a move that shows support to the protests that started November 2015, in response to the government's privatisation of certain areas of land and plans to expand the area of the capital Addis Ababa further into Oromo land.

Feyisa, who made his entry into international competition in 2008, and has gone on to clinch a number of titles on the global stage, is Oromo, the largest cultural grouping in the country with a population in the region of 90 million people and more than 80 different ethnic groups.

"Oromo is my tribe ... Oromo people now protest what is right, for peace, for a place," Lilesa says. He fears that the government will persecute him should he return to Ethiopia, according to Reuters.

The UN Commissioner for Human Rights Zeid Ra'ad Al Hussein has called for international observers and an investigation into allegations of the excessive use of force against protesters in the Oromiya and Amhara regions, writes RFI. 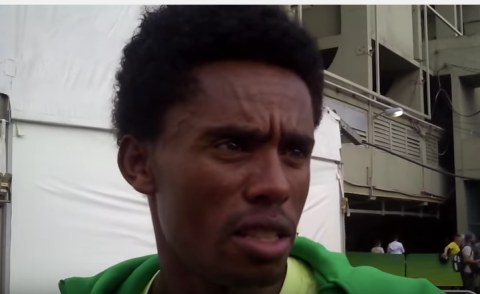 Ethiopian Medallist's Protest Raises Eyebrows in Rio
Tagged:
Copyright © 2016 allAfrica.com. All rights reserved. Distributed by AllAfrica Global Media (allAfrica.com). To contact the copyright holder directly for corrections — or for permission to republish or make other authorized use of this material, click here.