Free Movement in Africa Is Desirable, but How to Realize It? 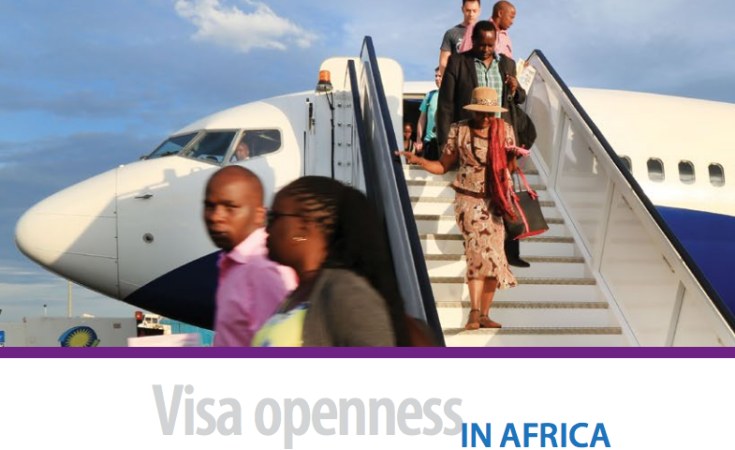 AfDB
In the Africa Visa Openness Report 2016, visa openness means how easy it is for African travelers to visit another country on the continent... There is a strong business case for visa openness in Africa, which in turn promotes the free movement of people and is at the foundation of deeper and closer integration of the continent - Africa Visa Openness Report 2016
Content from our Premium Partner
African Development Bank (Abidjan)
By Mandla Lionel Isaacs

Free movement is back on the continent's policy agenda and within its integration discourse.

Such discourse has also been buttressed by several encouraging developments over the last year or so, notably the launch in early 2016 of a new Africa Visa Openness Report; the move by several African countries to offer visas on arrival to citizens of AU member states; and the July 2016 launch of the African passport. Underpinning all of these developments, and particularly the launch of the African passport, is the African Union's Agenda 2063, which calls for visa-free travel by all Africans in Africa by 2018. These are encouraging developments which move us closer to the point when Africans move as freely across the continent as European Union citizens move across Europe, and American citizens move across the United States.

Unfortunately, though, wanting free movement is not enough to make it happen. Regional integration in Africa has long been an extraordinarily promising and frustrating policy area. Promising, because most experts and policymakers agree that integration will yield enormous economic and social benefits for African countries and citizens. Frustrating, because despite treaties, agreements and public statements of support by African leaders over the decades, real progress towards regional and continental common markets in which people, goods, services and capital move freely, has been slow and is incomplete.

Accordingly, I would like to make four suggestions on how to advance progress on free movement in Africa.

In general, democratic countries impose visa requirements on citizens of other countries, for two main reasons: risk of overstaying, and security concerns (organized crime, terrorism, persona non grata). Based on my experience in international migration management, I would also add assessment of whether a source country's citizenship system is secure, identity and travel documents difficult to obtain fraudulently, and whether she is able and willing to identify its citizens in the event that they overstay, commit crime or are involved in an accident or emergency situation. These are the main substantive reasons why countries require visas of other countries, and they are unlikely to lift visa requirements if they are not addressed.

There are two broad ways to address these issues. We can address them on the source country side, by improving the maturity of their civil registration and law enforcement capabilities. Alternatively, we can address them on the destination side, by finding ways to mitigate risks and issues in source countries, such as through sophisticated information sharing to identify high-risk prospective travelers, and trusted traveler programmes.

Free movement should be pursued in the context of trade agreements

Free movement encompasses three types of freedoms: visa-free entry for short visits; right of residence, including the ability to work; and the right of establishment, the ability to sell services or establish a business without discrimination based on nationality.

The Abuja Treaty of 1991 envisioned that Africa's regional economic communities (RECs) would establish common markets which would form the basis of a future continent-wide common market. What is important here is less the focus on which blocs will integrate first, but rather the link with the common market.

In my view, free movement is too often discussed in isolation, and is unlikely to be solved outside of economic integration more broadly. In other words, where free movement is stalled, it may well be because economic integration is stalled. It is also impractical for countries to draft, agree and ratify complicated agreements on labour mobility with countries with whom they do not have free trade agreements or common market arrangements. For this reason, developments in the Tripartite Free Trade Area (TFTA) and the Continental Free Trade Area (CFTA) negotiations, particularly on the free movement of people are worth following closely.

Look to regions, and even sub-regions, for progress

As an example, the Southern African Development Community (SADC), lags behind the Economic Community of West African States (ECOWAS) in freeing movement of people. As of December 2014, ECOWAS had implemented free movement, residence and establishment of ECOWAS citizens, in addition to having previously implemented an ECOWAS passport. The SADC Protocol on the Facilitation of Movement of Persons has been ratified by only four of the required nine of SADC's 15 member states, leaving member states to manage movement on their own.

Where progress is stalled at REC level, the free movement agenda need not languish. The history of the Schengen Agreement is instructive here. In the early 1980s, the European Community (EC) was slow to agree a mechanism for liberalizing movement. A subset of neighbouring countries - Belgium, France, Germany, Luxembourg, and the Netherlands - met and formed the Schengen agreement. Other countries joined later as its merits were proven, and eventually the European Union recognized and absorbed the Schengen Agreement.

So if countries are unable to agree on measures to free movement at REC level because of differing political priorities, differing levels of development, as well as differing levels of maturity of civil registration and immigration management, then perhaps small groups of neighbouring countries should forge ahead and the rest can catch up later.

Quantify the benefits to encourage countries to free movement

It has long been argued that economic integration will be of positive benefit to all African countries. Occasionally these arguments are bolstered with figures, such as how Rwanda has increased tourism since implementing visas on arrival for African visitors. Still, when we talk about free movement, there are costs and risks for countries to consider. Countries may reasonably worry about how free movement will affect their labour market, housing prices or social spending. In the absence of strong evidence, policymakers may be reluctant to open up while big question marks remain.

There is, therefore, a need for rigorous research on the likely benefits and costs of free movement for African countries, which can be applied to the policy discourse. An institution like the African Development Bank, which routinely conducts independent, rigorous research on African development issues, as it did with the Visa Openness Index Report can play a critical role here. Quantifying the benefits in terms of GDP growth and employment may encourage African leaders to forge ahead, while surfacing the challenges and costs to mitigate and minimize.

Mandla Lionel Isaacs is Director of Research at the Ministry of Home Affairs in South Africa. He is a former strategy consultant at McKinsey & Company's Johannesburg office. He is interested in public management, economic development and African renaissance. He completed a BA in Political Science at Howard University in Washington, DC, and is an MA International Relations student at the University of the Witwatersrand, where his thesis topic is South Africa's management of regional migration (1994-2015).