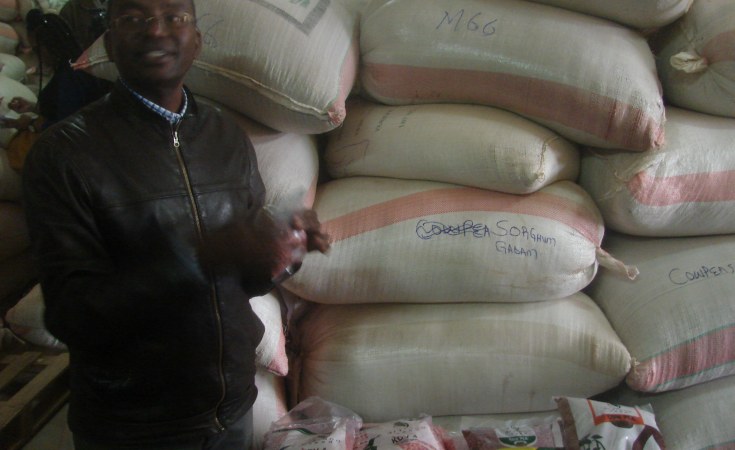 Dryland Seed was founded in 2004 by Ngila Kimotho who left his job in the private sector to start a seed company of his own.

For the first time in human history, the end of hunger is within our reach.

While courageous and passionate individuals have been working to end this scourge for decades, a recent confluence of political will, public-private partnerships and funding has made the fulfilment of this ambition possible.

We have, of course, a way to go. Almost eight hundred million men, women and children will not have enough food to eat today. But the achievement of halving the proportion of malnourished people since 1990 has shown us what can be achieved.

Look, for example, at Africa. Twelve years ago, when I was United Nations secretary-general, I called for a “uniquely African Green Revolution” to transform agriculture and the life chances of hundreds of millions of people on the continent.

Progress since then has been remarkable. For over a decade, African countries have put a much greater emphasis on investment in agriculture and supporting the continent's farmers. The Comprehensive Africa Agriculture Development Programme, launched by African leaders in 2003 and reiterated in the Malabo Declaration of June 2014, provides a clear framework to accelerate investment and coordinate countries' efforts.

International donors have thrown their weight behind these national efforts. From a surge in donor investment stemming from the 2009 G-8 Summit in L'Aquila, Italy, to the agreement by the global community to prioritise hunger and malnutrition in last year's Sustainable Development Goals, the tide is turning.

With the help of the Bill & Melinda Gates Foundation and the Rockefeller Foundation, the Alliance for a Green Revolution in Africa (AGRA) was created in 2006. It has already has become a pre-eminent leader in transforming Africa's agriculture and food systems. Thanks to the partnerships it has formed, the research and development it has supported and the initiatives on the ground it has launched, smallholder farmers have obtained access to better seeds, sustainable agricultural techniques and financing, while thousands of agri-businesses have been created and expanded.

The last few weeks have given more reason to celebrate. In a rare show of bipartisan cooperation, the United States Congress in July passed the Global Food Security Act. This significant legislation reaffirms the United States' commitment to ending global hunger, poverty and child malnutrition through President Obama's Feed the Future Initiative by supporting developing countries to improve their agriculture and broader food systems. It is hoped that the passing of the act will encourage other traditional donor countries to take similar action.

This latest good news comes as African heads of state, international donors and hunger fighters from around the world gather in Nairobi for the African Green Revolution Forum. It is an opportunity not only to celebrate collective progress but also to commit ourselves to step up the battle against hunger and malnutrition.

We must seize this critical moment and build on the incredible progress that has been made in recent years. We all gain if we get this right.

Increasing food security not only lifts the shadow of hunger from hundreds of millions of our fellow human beings, it also builds up economies and trade and minimises the risk of political instability.

There are four main keys to tipping the scales and relegating global hunger to history.

The first is the continued political will to place and keep the issue high on domestic and international agendas, for no country can be strong when its people are weakened by hunger. The role of civil society in constantly encouraging governments to make agriculture a priority is vital here as well.

Second is partnerships. No one individual, group or government can take on this monumental challenge alone. We have seen over the last few years just how quickly significant progress can be when we have the vision to work together.

Thirdly, we must retain and strengthen country ownership. Developing countries - who suffer disproportionately from food insecurity - must take the lead in defining their own path to prosperity.

Finally we need to recognize the critical importance of financing. The impressive progress so far will not be sustained and accelerated without new investment from both the private sector and developing countries themselves, in addition to traditional donors.

Developing country leaders, private sector companies, donors, NGOs and others now have the chance to achieve something incredible within our lifetimes. This week and into the future, I challenge my colleagues working in global development, especially heads of state and private sector leaders, to prioritise this issue.

Working together - across sectors and disciplines - we can make hunger history.

Speech by Uhuru Kenyatta During the Opening of #AGRF2016 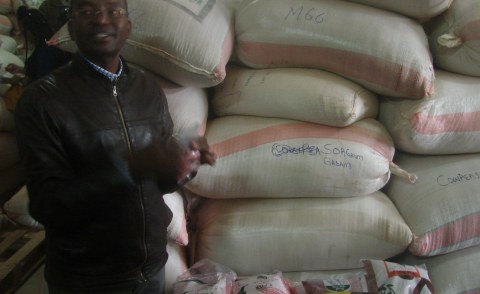 #AGRF2016 - Seizing the Moment to Transform African Agriculture
Tagged:
Copyright © 2016 allAfrica.com. All rights reserved. Distributed by AllAfrica Global Media (allAfrica.com). To contact the copyright holder directly for corrections — or for permission to republish or make other authorized use of this material, click here.