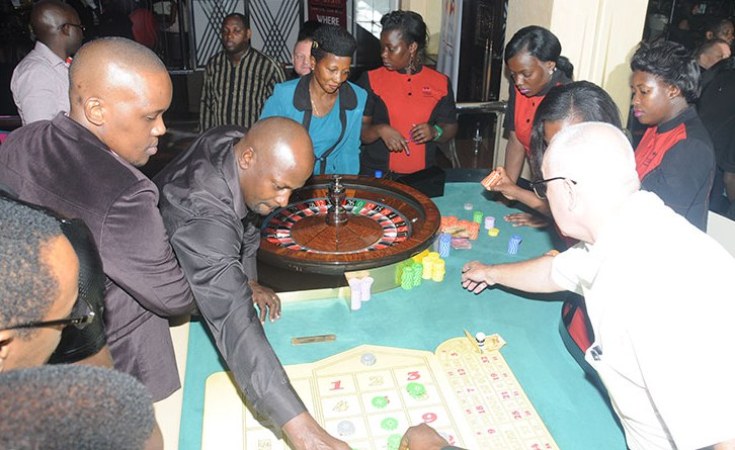 The National Lotteries and Gaming Regulatory Board has revealed that Ugandans spend an estimated Shs 150bn annually on gambling.

James Mpiirwe, the acting secretary of the board, says much of the money is generated from the 12 casinos in the country through popular games like the roulette and black jack.

Mpiirwe says Ugandans prefer playing the roulette, which is more entertaining and more competitive, adding that players can put in any amount of money starting from as low as Shs 1,000.

He says this involves players who put in large stakes and also generate much profit accordingly. In roulette, a player may choose to place a bet in a single number or a range of numbers and a marble is tossed around the roulette and where it stops tells who the winner is.

URN has learnt that a casino in Kampala on average gets a minimum of Shs 50m on a daily basis, but less than Shs 10m of this amount is won back by the players. On average, a sports betting centre in Kampala receives at least Shs 5m daily but barely gives out Shs 1m to winners.

There are 12 casinos in Uganda with 8 of them in Kampala while others are in Arua, Jinja, Mbale and Gulu. Although betting companies are more popular than casinos, they bring in limited revenue according to the Lotteries and Gaming Regulatory Board.

Mpiirwe says that they do not have a figure on the amount gained by the Ugandans who engage in the gaming, but emphasises that the profits made by the companies are way higher. He says gaming is legal and therefore people should not go against the law.

"First of all gaming is a legal activity, it is something that is sanctioned by an Act of parliament so it is not true that people should be treating it as an illegal activity. And of course we continue to appeal, we have recently sent a letter to all district chief administrators, the permanent secretary of ministry of finance has written to all district heads to inform them that gaming is legal, to inform them about the new law in place and inform them of their role. Their role is to cooperate with the sector regulator who is the Lotteries and Gaming Regulatory Board not to really throw out these people. They are supposed to regulate with us the primary regulators", Mpiirwe said.

Uganda has 40 registered sports betting companies, 12 casinos and one lottery operator. In 2010 there were over 120 companies in the sector but they were closed for lack of standards according to the Lotteries and Gaming Regulatory Board.

According to Ephraim Manzi Tumubweine, the board chair of Uganda Lotteries and Gaming Board, gambling should be for pleasure but not to make money. He states that government is working on regulating the sector and this will include enormous sensitisation for people to play only for fun.

Tumubweine says they have started confiscation of illegal gaming facilities around schools, markets and churches. In the past one year, 400 different equipment have been confiscated. He says gaming is a source of revenue and government currently collects Shs 30bn annually. This is 20% of the money received by the different games and lotteries.

"The challenge we have been having so far, is that some people go out in the countryside and open branches without us knowing. And by the time we get to know, they have really disturbed people especially the people with slot machines. But we're making efforts and as I talk now our inspectors have been in the field especially in the zone of Entebbe, Mukono and Kampala. Now, we have said we are said we are sending enforcement officers to either close or capture the illegal machines in those places. In the old regulation, we recommend about up to about 100m away from them. One may say if I open a branch here and then tomorrow a church comes up it will be a special case", he said.

Tumubweine estimates that there are over 400 illegal gaming branches noting that some centres have re-opened illegally after being closed down. Tumubweine added that the time for opening sports betting facilities will be pushed to 11:00am from 10:00am so that school children are discouraged.

He also noted it is okay for religious institutions to discredit the gaming and lottery since it's against their doctrine. 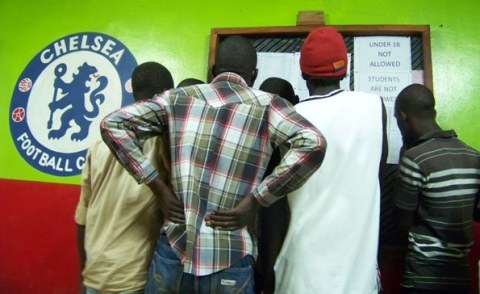 Museveni Bans Gambling, Sports Betting in Uganda
Tagged:
Copyright © 2016 The Observer. All rights reserved. Distributed by AllAfrica Global Media (allAfrica.com). To contact the copyright holder directly for corrections — or for permission to republish or make other authorized use of this material, click here.