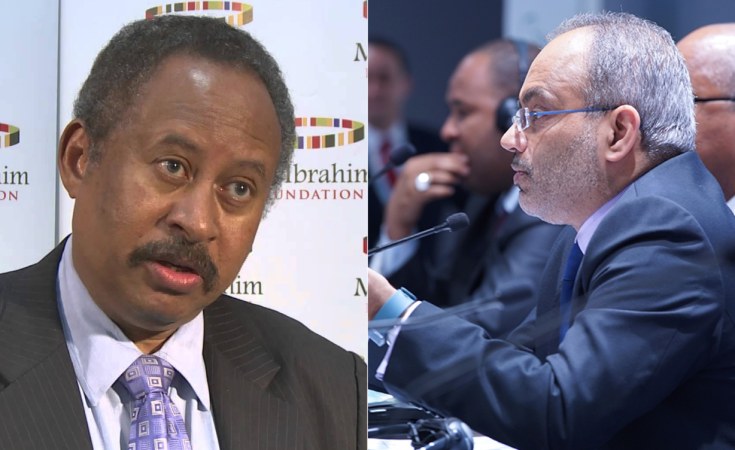 allafrica.com
Economic Commission for Africa staff on Thursday welcomed Mr. Abdalla Hamdok (left) as Acting Executive Secretary of the ECA with calls for a renewed and revitalized platform for engagement with senior management. Mr. Hamdok will be leading the ECA through a smooth transition following the departure of Mr. Carlos Lopes as ECA Chief Executive at the end of October.
Content from our Premium Partner
United Nations Economic Commission for Africa (Addis Ababa)

Addis Ababa — Economic Commission for Africa staff on Thursday welcomed Mr. Abdalla Hamdok as Acting Executive Secretary of the ECA with calls for a renewed and revitalized platform for engagement with senior management.

The Town Hall meeting was moderated by Chief of Staff Collen Kelapile who paid tribute to Mr. Hamdok as a leader with over 30 years' experience in the areas of public sector reforms, governance, regional integration and resource management.

Staff Union President Joseph Baricako echoed the Chief of Staff and described Mr. Hamdok as a homegrown lead manager with over three decades of thorough knowledge of the ECA and the continent.

Speaking on behalf of staff, he called on Mr. Hamdok to lead the institution through a smooth transition following the departure of Mr. Carlos Lopes as ECA Chief Executive, especially as there are a number of transitions taking place at the same time in the greater United Nations and the African Union, among others.

"It is no secret that all is not well in the organization and efforts are needed to ensure that staff are well catered for," he said. "If staff, who are your biggest asset, are low in productivity and moral, then the goals of the institution and its role on the continent will be defeated."

He called on Mr. Hamdok to reinforce mechanisms to improve relations and solicit support and guidance as set out in the staff union rules and regulations.

Mr. Hamdok said it was a great honour and he was humbled by the introductions, adding that any successes he has had in the past were because of the great continent of Africa and its people.

He said the transition should be as smooth as possible and that it should be an opportunity to address the key challenges facing the ECA and the continent as a whole.

In terms of leadership, Mr. Hamdok said he believed in collective leadership, adding he would be happy for staff to refer to him as a senior, reminding staff that in less than two years the ECA would be 60 years old.

He outlined some of the major milestones, achievements and contributions the ECA had made from its formation in 1958 to date, including the role the institution played in the establishment of the African Union, the African Development Bank and Regional Economic Communities. 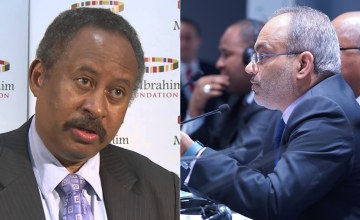 Economic Commission for Africa (ECA) staff on Thursday welcomed Mr. Abdalla Hamdok (left) as Acting Executive Secretary of the ECA with calls for a renewed and revitalized platform for engagement with senior management. Mr. Hamdok will be leading the ECA through a smooth transition following the departure of Mr. Carlos Lopes as ECA Chief Executive at the end of October. More about ECA in this BRIEFING.

He also noted the ECA's work on Illicit Financial Flows (IFF) and the African Peer Review Mechanism (APRM), a unique mechanism not comparable to any other in terms of governance the world over.

He promised to address the key issued raised by staff and urged the staff to engage and articulate their concerns and raise discussions to higher levels, embracing all the excellent work that the ECA has done so that proposals can be forwarded to whoever takes over the leadership of the ECA in the future.

He called on all directors to consult all staff regardless of level for their ideas, saying this collective process of reflection would help map the way the ECA should go in its efforts to support member states in their needs.

"Together we will all chart an excellent path for our institution," he told staff.

A number of staff members reiterated their support to Mr. Hamdok, stating that a set of principles and values would help to set the ground for shared responsibility for a shared transition and the ECA's work on the continent.

Staff noted that there was reform fatigue at the ECA, adding what is now needed is to fine-tune the institution to meet the needs of Member States.

Others said there was an urgent need for him to address fragmentation issues in the organization, programmatic alignment, partnership and funding.

A key concern for staff was the new Global Service Model which it was noted will negatively impact the General Service Staff, the backbone of the organization, if implemented in its current form.

Mr. Hamdok was urged to address the related issues at higher levels and update staff on this, including the need for a more coherent host country agreement.

The Acting Executive Secretary said there was need for the ECA to pause and reflect on its role in the context of the current geopolitics.

Sub regional offices (SROs) and the African Institute for Economic Development and Planning (IDEP) participated in the Town Hall via video conferencing.