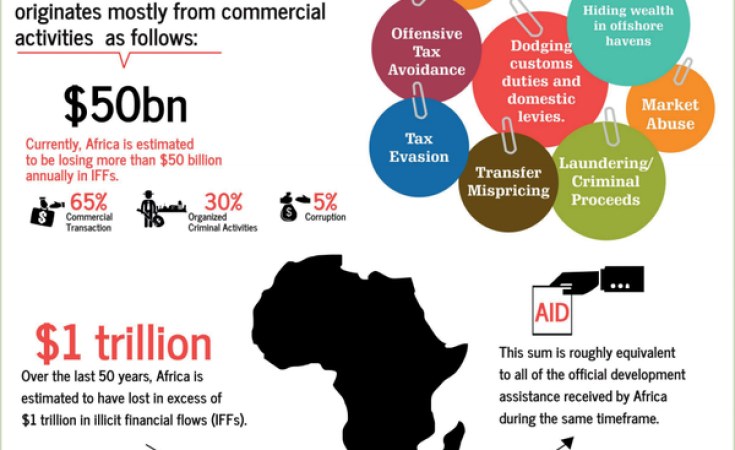 The African Leadership and Progress Network
"In my view, African countries and partners should move away from pure perception-based measures of corruption and focus on alternative approaches, which are fact-based and built on more objective quantitative criteria and include the international dimensions of corruption... it is necessary to ensure that perception-based methods are better anchored on more transparent and representative surveys. These measurements should also be complemented, where possible, with quantitative country/case-specific indicators to produce more sophisticated and useful assessments. Instead of “naming and shaming” the culprits on the basis of some perceived levels, it is necessary to deeply reflect on the problems of measuring corruption in Africa, with special attention to the roles of international players" - Carlos Lopes, Executive Secretary UN Economic Commission for Africa.
Content from our Premium Partner
United Nations Economic Commission for Africa (Addis Ababa)

Nairobi — A two-day workshop aimed at Stakeholders working to confront the challenge of stemming illicit financial flows (IFFs) from Africa opened in Nairobi Monday, with the Economic Commission for Africa's Head of Special Initiatives in the Office of the Executive Secretary, Aida Opoku-Mensah calling for a coherent and coordinated approach on this agenda.

"Given the mosaic of actors and ongoing and prospective initiatives on the different dimensions of IFFs at national, regional and global levels, there is need for coherence, coordination and complementary partnerships," said Ms. Opoku-Mensah at the opening session.

The stakeholders attending the workshop comprise members of the Consortium to stem IIFs whose task will be to oversee the implementation of the recommendations of the report of the High Level Panel on IFFs, which was chaired by former South African President Thabo Mbeki.

Ms. Opoku-Mensah stressed that while the continent is taking tangible steps towards a coherent approach to curb IFFs more still needs to be done.

"Agreeing upon the functions and applicability of the Consortium as well as the actionable implementation plan to counter IFFs will move this consortium into its immediate next step of implementation," she added

She said implementing the recommendations of the Report of the High Level Panel has "always been underpinned by a big tent approach, thus widening the scope for complementary partnerships between leading institutions and actors."

This, she added, is why the Consortium has been established, to not only leverage partnerships but also provide a platform for experience sharing and most importantly, to guide and engage in the concrete implementation efforts to stem IFFs from Africa.

Presenting the terms of reference for the Consortium, Advocate Monjaku Gumbi, Senior Advisor at the Thabo Mbeki Foundation, said Africa was a net exporter of capital, adding the continent will not apologize to anyone for its fight against IFFs.

She said there's need for organizations working on stemming IFF on the continent to collaborate with one another on related activities at national and continental levels.

This, she said, includes collaboration in the generation and dissemination of knowledge on IFFs; strengthening of institutional, regulatory and human capacity to counter IFFs; resource mobilization; and monitoring of the implementation process.

The workshop seeks to, among other things, review and endorse the draft terms of reference of the Consortium; provide strategic oversight on the interventions to counter IFFs; build coherence in efforts to stem IFFs; and agree on joint work programmes and joint delivery of activities. Further, the Consortium will contribute to the annual report on curbing IFFs which would be submitted to the African Union Heads of States and Government (AU Summit).

Illicit financial flows out of Africa have become a matter of major concern because of the scale and negative impact of such flows on Africa's development and governance agenda.

By some estimates, illicit flows from Africa could be as much as US $50 billion per annum. This is approximately double the official development assistance (ODA) that Africa receives.

The workshop is being attended by representatives from the African Union Commission (AUC), the ECA, the African Development Bank (AfDB), the African Capacity Building Foundation, Pan African Lawyers Union, the Thabo Mbeki Foundation, Open Society Foundation and the Tax Justice Network, among others.