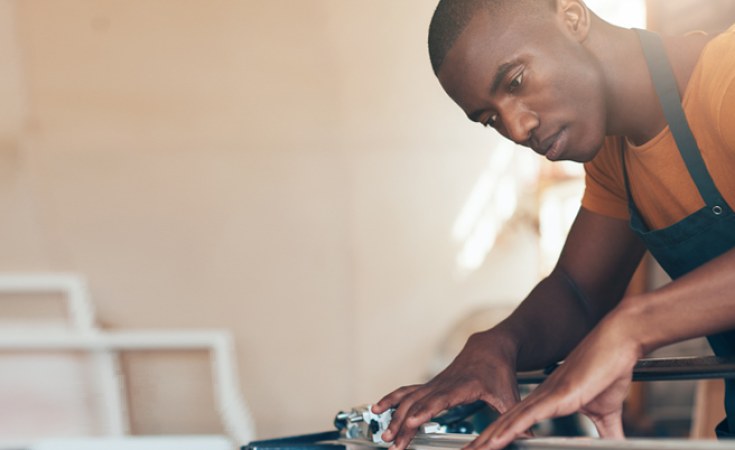 AfDB
Boost Africa aims to spur the entrepreneurial potential of the African youth to create innovative and compelling businesses with the capacity to compete regionally and globally, to attract domestic and foreign direct investment, to create new and quality jobs, and contribute to inclusive and sustainable economic growth.
Content from our Premium Partner
African Development Bank (Abidjan)

Your Excellency, Daniel Kablan Duncan, Prime Minister of Côte d’Ivoire; my dear friend President Werner Hoyer of the European Investment Bank; Honorable Ministers; Mr. Stefano Manservisi, Director General for International Cooperation and Development of the European Commission; members of the Board of Directors of the African Development Bank; CEOs from Africa and Europe, staff colleagues, distinguished guests, ladies and gentlemen.

Good morning everyone! Let me welcome you to this “Africa Day 2016”, which is being organized by the European Investment Bank jointly with the African Development Bank.

We are honored to have and welcome the Prime Minister of Côte d’Ivoire, H.E. Daniel Kablan Duncan with us here today at the Bank. I am delighted to welcome you, President Werner Hoyer of the European Investment Bank, and Stefano Manservisi, Director-General for International Cooperation and Development of the European Commission. We are delighted to play host to you, your colleagues and the partners of Africa – the strong delegation of European and African business leaders.

It is Africa Day, so let’s talk about Africa.

Despite the slow global economic growth rates, Africa is still the place to do business. Without any doubt, the African market will help to boost global growth; Africa cannot be ignored.

Africa is a fast growing market. By 2050, Africa will have the combined population of China and India today. Rapid urbanization and growth in the middle class population – estimated to increase from the current 350 million to close to 1.1 billion by 2060 – means that Africa will be a huge consumer market.

Africa will be the solution to feeding the world. With 65% of all uncultivated arable land left in the world to feed 9 billion people by 2050, Africa will have to feed the world.

African governments are making significant efforts to improve the business environment in order to attract more private sector investment. World Bank’s “Doing Business 2016 Report” showed that Sub-Saharan Africa accounted for more than 30% of the regulatory reforms in the world during 2014 and 2015. In fact, Sub-Saharan Africa was well ahead of Europe and Central Asia – a phenomenal achievement!

You can therefore understand why the European Union (EU) is keenly interested in Africa: that is where the future market and source of growth is. It is therefore in all of our interest to support Africa to unlock its full economic potential.

Your Excellency, Ladies and Gentlemen

We must focus on Africa’s priories. To accelerate the growth and development in Africa, the African Development Bank launched its High 5 priorities: Light up and Power Africa; Feed Africa; Industrialize Africa; Integrate Africa; and Improve the quality of life for the people of Africa. We look forward to partnership with you on these High 5 priorities for Africa.

To help unlock Africa’s potential in agriculture, the African Development Bank will plan to invest US $24 billion in the agriculture sector over the next 10 years. That is over four times our current level of investment in the sector. We will focus our support on promoting agro-allied industrialization, value-addition and export diversification.

We will also continue to address Africa’s huge infrastructure gap, which still makes the cost of doing business quite high in many countries.

The biggest problem is electricity. About 45% of private firms in Africa see lack of electricity and the high cost of power as one of the major constraints to doing business.  Africa clearly cannot develop in the dark.

We must solve Africa’s electricity challenge – and do so, quickly. That is why the African Development Bank has launched a New Deal on Energy for Africa. Our goal is to support governments and the private sector to accelerate the achievement of universal access to electricity over the next ten years. The Bank will be investing $12 billion in the energy sector over the next five years. We expect to leverage an additional $45-50 billion into the energy sector. 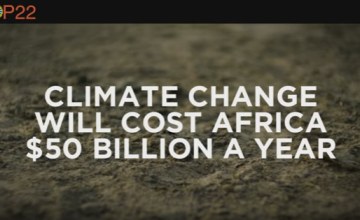 As Africa solves its power problem, it will open up great opportunities for industrialization. Africa must develop a high “Industrial Readiness Index” by accelerating investments in critical infrastructure such as roads, ports and rail, aviation and ICT, which will position it as a competitive destination of choice. That way, it will take advantage of its abundant labor and much lower wage rates to attract labor-intensive light manufacturing global firms.

The African Development Bank and the European Investment Bank have been strong partners, especially on development of much needed infrastructure in Africa. Together, we helped substantially to upgrade Guinea’s energy infrastructure and distribution network. In Kenya, we jointly supported the Lake Turkana Wind Power project: a 365 MW wind turbine farm, the largest in Africa.

When completed, this wind project is expected to generate about 20% of Kenya’s power. We should do more together with the European Investment Bank and the European Commission to expand investments in the Africa Renewable Energy Initiative – which is now hosted within the Bank – to help unlock Africa’s renewable energy potential.

We should also work together to expand and strengthen regional trade. More than ever before, Africa should accelerate intra-regional trade and bring down the walls that separate them. That might be a paradoxical thought, especially given what is happening in Europe today! Greater focus should be on expanding and promoting regional trade. As regional trade expands, African economies will trade more with themselves and reduce exposure to global economic shocks. Yet, regional trade is still relatively low, accounting for only 15% of Africa’s trade.

The recent successful experience with the tripartite free trade area that includes the East African Community, the Southern Africa Development Community and the Common Market for East and Southern Africa is exactly what should be replicated everywhere. The African Development Bank supports one common Africa Continental Free Trade Area.

As we do all the above, we must work together to help address the challenge of youth unemployment in Africa. The migration crisis in Europe is a case in point. What began as a trickle is fast becoming a torrent. The solution to the migration crisis does not lie in Europe. The solution lies in creating hope and economic opportunities for Africa’s youth, within Africa.

At the African Development Bank we are taking bold steps to address this issue. We have just launched the Jobs for Youth in Africa Initiative, our flagship program to address youth unemployment in Africa. The goal is to help stimulate the creation of 25 million jobs within the next ten years. Through this initiative, we will help mobilize $3 billion in support of young entrepreneurs in Africa, with a focus on business incubation. It will facilitate the establishment of skills enhancement zones to foster better linkages between skills and industrial development.

Today, young entrepreneurs are emerging all over Africa. They are determined to succeed, to take on the world, to use their talents to create strong economic opportunities. For instance, two young entrepreneurs – a Nigerian and an American – joined forces to set up Andela, which recruits young computer talents in Africa and places them with some of the world’s leading companies such as Microsoft and IBM, where they are groomed to become business developers. So powerful is their business model that the big guys have noticed, including Mark Zuckerberg and Google. This is surely the way to go forward.

We must boost economic opportunities for Africa’s youth. That is why I am particularly delighted that the European Investment Bank and the African Development Bank have joined together to develop the Boost Africa Initiative. Boost Africa is targeted at catching the young entrepreneurs early, believing in them and supporting them to grow their businesses. The Boost Africa Initiative will deploy concessionary blended finance for businesses of the youths, including venture capital funds, social impact funds and angel investment funds to grow high-impact businesses. It will support business incubation facilities to accelerate the growth of businesses of young people.

We look forward to co-launching this Initiative later this morning.

I am very pleased that tomorrow morning is dedicated to “Women in Business”. Turning women entrepreneurs’ ideas into bankable businesses requires that we mobilize financing to support women. That is why the African Development Bank has launched the Affirmative Finance Action for Women (AFAWA), with the goal of leveraging $3 billion for women entrepreneurs in Africa. We should jointly support this initiative. Africa will reach its full potential when women are fully economically empowered.

Together, let us advance Africa’s interest. Let us develop strong partnerships to support Africa’s vision to accelerate its development. By strengthening our partnership with the European Investment Bank and the European Commission, we will help to boost Africa’s economic opportunities. That is what the High 5s of the African Development Bank is all about. So, on this “Africa Day”, let us give Africa a High 5!

Thank you very much!