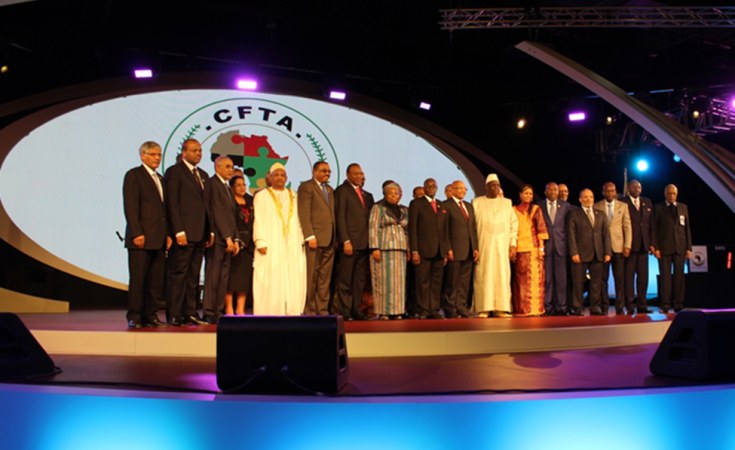 Addis Ababa — The Africa Trade Forum ended in Addis Ababa Wednesday with Economic Commission for Africa's Coordinator, David Luke, of the African Trade Policy Centre (ATPC) urging participants to act on conclusions reached in discussions this week as the continent seeks to meet its October 2017 deadline for the implementation of the Continental Free Trade Area (CFTA).

Mr. Luke, in various interventions and presentations over the week, including one on the CFTA and Structural Transformation, made a case for the need for Africa to move with speed to deal with outstanding issues standing in the way of the CFTA.

The CFTA, which is expected to be in place by October 2017, will bring together fifty-four African countries with a combined population of more than one billion people and a combined gross domestic product of more than US $3.4 trillion.

With the CFTA, African leaders aim, among other things, to create a single continental market for goods and services, free movement of business persons and investments and expand intra-African trade. The CFTA is also expected to enhance competitiveness at the industry and enterprise levels on the continent.

"We have had great discussions over the past three days on a number of critical issues for African trade that will have implications and follow-up actions for all of us," Mr. Luke said.

Discussions over the past three days centred critical issues that need to be addressed for African trade and regional integration, among others.

Participants, among them ministers of trade, senior government officials, representatives of the private sector CEOs, civil society, international development agencies academia and others, pondered on how the CFTA can contribute to structural transformation in Africa; how to ensure that the CFTA is effectively implemented; how to make the agreement gender inclusive; the CFTA's potential impacts on critical economic and social human rights, and mitigation strategies where there is a risk of negative impacts; how Africa can make the most of potential relationships with Asia, Europe, the United States and emerging markets; and the importance and practicalities of trade facilitation and start-up incubators in Africa, among others.

"Boosting intra-African trade through the CFTA is therefore crucial to accelerating structural transformation in Africa," he told participants.

ECA modelling exercises, Mr. Luke said, indicate that establishing the CFTA has the potential to boost intra-African trade by 52.3 percent between 2010 and 2022.

Trade in industrial products is expected to receive the largest boost, with an additional increase of 53.3 percent over the same period.

Supportive trade facilitation measures, he said, could more than double intra-African trade, stimulating industrial products the most and create jobs for the millions of Africa's youth who are currently unemployed.

He said ATW2016, through its many sessions and networking opportunities, was providing a comprehensive, integrated and inclusive platform for policy dialogue between various trade constituencies on the aspirations of African people as articulated in Agenda 2063.

"Liberalization of intra-African trade, encompassing adequate reduction of tariffs and dismantling of cross-border barriers to trade and investment is essential for engineering Africa's structural transformation. There is need to design and implement sound and comprehensive policy framework for such liberalization," he said.

Mr. Luke saidthe success of Agenda 2063 going forward will depend to a major extent on whether rigorous research and analysis become critical elements of the decision-making process at national and regional levels, adding the workshop was therefore an essential step forward.

He told participants the ECA is positioning itself as Africa's premier think tank on the current development agenda.

"It is my hope that researchers and think-tanks gathered at this workshop will continue in the short, medium and long-term support the work of the ECA and other development agencies such as the development banks and bilateral donor agencies in the context of the negotiation and implementation of the CFTA."