The agro-allied industrialization of the African continent cannot materialize without the involvement of the youths because they have the right drive and energy, participants at a Tuesday session of the 2016 African Economic Conference that focused on youth entrepreneurship in agriculture said.

"I say and I hope you join me to say that agribusiness is not the future. It is the now," said Oyin Asaaju, a young Nigerian who is excited about agribusiness.

They exhibited some of their products, most of which were made from cassava, a staple crop, at the session to the delight of participants and visitors. They further voiced their views at two different debate sessions where they shared their views on "Agriculture: A sector of economic opportunities for African youths."

"Agri-business is not the future. It is the now," said Assaju, who explained how the IITA agriculture apprenticeship scheme, ENABLE (Empowering Novel Agri-Business-Led Employment) Youth, had changed her perception about agriculture, which she described the sector as a viable earner.

Two years ago, Asaaju kept late nights serving drinks at a bar. Now her late nights are about thought-provoking assignments that must result in food solutions.

"I would like to thank the African Development Bank for the support. Like many other youths, when I graduated from the university, I couldn't find an idle job, so I took on the job of a waitress. I was learning some skills. More than anything else, I wanted to engage in something more challenging. The job wasn't giving me that. I learnt about the youth agripreneur programme when I had to serve food and drinks to a group of young people at a party at IITA. I have had the opportunity of joining the group. These young people happen to be the notable IITA youth agripreneurs that you see in the hall today, who today are my colleagues," she said to the rousing applause from participants.

So far Assaju and her team have been trained in value addition, business development and soft skills. She is now able to convert farm produce into finished products, and has had the opportunity of representing the group at two international conferences, in South Africa and the United States. 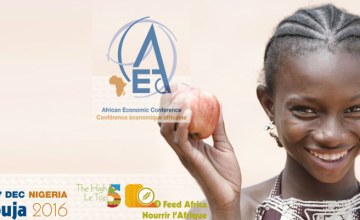 "These have helped build my capacity professionally. In February this year, I was transferred with some colleagues to the IITA station in Onne, Rivers State. Rivers is an oil-producing state, but we have taken agri-business there - not to compete, but because we must go back to the basics. In a space of 10 months, we have been able to establish demonstration plots in cassava, rice and plantain. We are into the production of catfish and plantain suckers. So far we have been able to involve 40 rural youths in our activities," she noted.

She said her team is currently unable to meet its market demands for cassava and catfish, which she considers a good platform for investment.

She declared: "We, the youths, have decided to lead this agri-business movement, not only to create job opportunities, but also to restore the strength of Nigeria as the giant of Africa and to have Africa be the bread basket of the world."

Just like Assaju, other youths in the agri-business apprenticeship scheme - Mercy Wakawa and Zacchaeus Isuwa - were emphatic in their testimonies.

Youth engagement in agri-business through the IITA has shown that the generation does have a role to play in changing the face of farming in Africa, they said.

ENABLE Youth is a programme for young African people (18-35 years old) wanting to start a business in the agricultural sector, borne out of the African Development Bank's Dakar High Level Conference on Agricultural Transformation in Africa and with the support of the International Institute of Tropical Agriculture, which is headquartered in Abuja, Nigeria. The programme works to promote, enhance, and modernize agricultural entrepreneurship in Africa. In order to do this, the African Development Bank offers its support in capacity strengthening, promoting professionals working in agriculture, and financing projects of young people in the sector.

ENABLE Youth is working to help launch 300,000 agribusinesses and create 8 million jobs in some 30 African countries over the next five years. Above all, it is counting on young people to develop Africa's agricultural future, an African agriculture that relies on innovation, technologies, and modernization of techniques and practices, as well as on the development of the value chain in the sector.