What's Next For GE In 2017: Changing The Game With A Digital Industrial Strategy 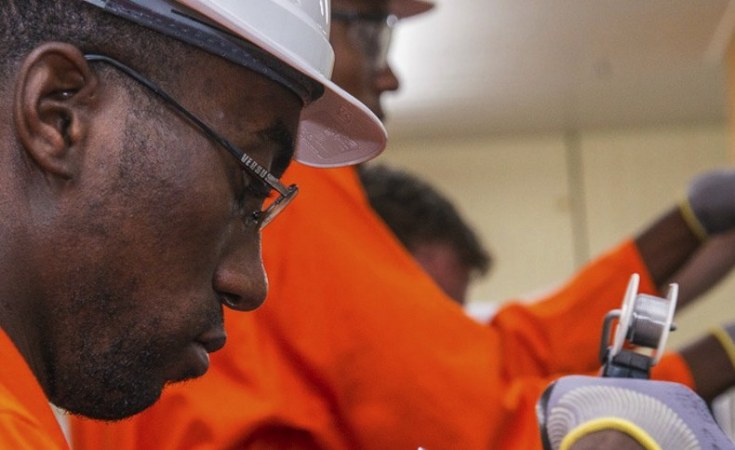 GE
In 2016 GE went about its transformation into the world’s largest digital industrial company with plans to lead the digitization of industry and revolutionize how we make things by adopting 3D printing and other additive manufacturing technologies.
Content from our Premium Partner
GE Africa (Lagos)

Every December, GE Chairman and CEO Jeff Immelt hosts a meeting with analysts and investors to walk through the company’s strategy and financial goals for the upcoming year and review major wins from the past year. This year, Immelt discussed GE’s transformation into the world’s largest digital industrial company and his plans to lead the digitization of industry and revolutionize how we make things by adopting 3D printing and other additive manufacturing technologies.

Highlighting past achievements, Immelt pointed to plans to merge GE’s Oil & Gas unit with Baker Hughes to create Baker Hughes, a GE Company. “The Baker-Hughes deal makes us one of the three big players in oil and gas,” Immelt said. “This is a good deal for investors in the right time.”

The combination will create a $32 billion fullstream oil services business — based on 2015 combined revenues — with operations in over 120 countries. He also noted that it’s been a year since GE’s acquisition of Alstom’s power and grid business — its largest single deal in history. He said that the integration of Alstom with GE’s energy businesses has already driven growth and synergies across the portfolio — on track with projections and growth targets. “Alstom and Baker Hughes are good deals and they add to the company strategically and financially,” Immelt said.

In addition to Alstom and the Baker Hughes announcement, Immelt said that GE has continued to expand its digital and additive manufacturing capabilities — the two key technologies the company is using to unlock new ways of working with customers and suppliers.

In early 2016, GE opened Predix — the operating system for the Industrial Internet of Things (IIoT) — to businesses and partners to develop software solutions for their own operations and customers. Internally the platform has saved about $500 million in services and manufacturing productivity across GE, Immelt said. Companies such as Exelon, University of California San Francisco, BP and Proctor & Gamble have started using data insights from Predix apps to increase efficiency and productivity.

Overall, there are more than 20,000 developers working on Predix. For 2017, GE expects to grow the platform to 35,000 developers and continue to expand its digital capabilities. The company has acquired software companies such as Meridium, ServiceMax and Wise.io that bring together sensors, cloud-based algorithms and advanced field technology to help transform the way engineers and coders work together.

Immelt said that additive manufacturing was also a perfect example of the GE Store — the practice of sharing expertise and technology across GE’s business portfolio. That’s because additive development and production centers can work on different parts for different businesses at the same site and learn from the process.

GE has launched a new GE Additive business to accelerate additive manufacturing across GE and for its customers. Earlier this week, GE announced that it recently closed deals to acquire a majority stake in Concept Laser GmbH and Arcam AB, two of the industry’s leading global additive manufacturing equipment businesses. With these two acquisitions, the company plans to grow its additive business to reach $1 billion in revenue by 2020 and become a leading supplier of additive machines, materials and software. The new business will not only serve GE’s industrial businesses — it will serve customers in other industries as well, including aerospace, tooling and automotive sectors.

GE has taken steps to sharpen its focus on its digital industrial side by continuing its sale of GE Capital assets. Since the April 2015 announcement to sell most of GE Capital, the business has repositioned itself ahead of schedule. To date, $195 billion of GE Capital asset sales have been signed, and $188 billion have been closed, Immelt said. The “new” GE Capital also achieved de-designation as a systemically important financial institution in the U.S. and plans to exit European regulation by 2017.

NEXT STEPS FOR GE

Today, Immelt reaffirmed the company’s 2016 operating framework. For 2017, GE forecasts stronger organic growth in comparison to other industrial companies, targeting 3-5 percent. The company set a goal of $1.60 to $1.70 earnings per share (EPS) for the year, with $16 billion to $20 billion of operating cash flow. GE expects to return $19 billion to $21 billion to investors through dividends and buybacks over the course of the year.

The company re-emphasized its EPS goal of $2 by 2018. As oil- and gas-related markets continue to face challenges, GE has announced new acquisitions, additional stock buybacks and a new cost-savings plan over the next two years to drive earnings growth and achieve its $2 EPS target.

Learn more about GE’s strategy for 2017.