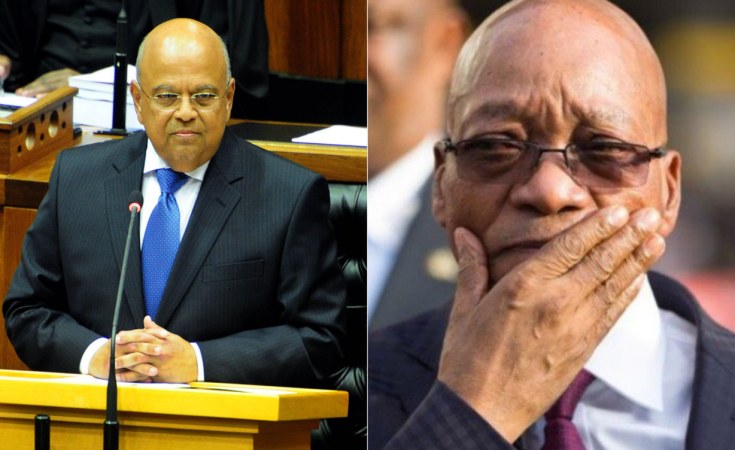 Cape Town — The fight within South Africa's ruling alliance over the future of the country's finance minister, Pravin Gordhan, and ultimately the survival in office of President Jacob Zuma, has burst into the open.

The South African Communist Party (SACP) confirmed at a news conference today that Zuma had told the party that he intended firing Gordhan and his deputy, Mcebisi Jonas.

The confirmation follows well-sourced reports in Bloomberg News this week that when Zuma told other members of the top six leaders of the African National Congress of his intentions, three of them had opposed the move.

A new Bloomberg report today cited four party sources as saying that if Zuma did fire Gordhan, he would face a rebellion in which a dozen cabinet ministers could resign and work to oust Zuma. The report suggested that Deputy President Cyril Ramaphosa and some deputy ministers might also resign.

Explaining why he wanted a new finance minister, Zuma reportedly cited an "intelligence report" which suggested that Gordhan and Jonas were conspiring with forces in the West to overthrow him.

The SACP tore into Zuma over his reliance on the report. There has been growing use in recent years of amaterish, badly-written and anonymously-produced reports to fight factional battles within the tripartite alliance between the ANC, the SACP and the Congress of South African Trade Unions.

At the heart of the current fight is the influence wielded over Zuma by the controversial Gupta family, a post-apartheid immigrant family from India who have built a fortune in South Africa, much of it from dealings with state-owned enterprises. They have close relations with Zuma and his family, in particular with Zuma's son, Duduzane.

In recent years, Zuma and the Guptas' media outlets have been aggressively pursuing a campaign against what they describe as "white monopoly capital", which is allegedly blocking economic transformation to improve the lot of black South Africans.

Gordhan is seen by Zuma's faction of the party as blocking the "radical economic transformation" which Zuma has been advocating in recent months.

Johannesburg's Financial Mail today pithily summed up the riposte to this argument used by Gordhan's supporters, including both the communists and South African business interests: "Gordhan did, of course, stand in the way — but only because Zuma's project consists of a crude crony-capitalist scheme in which the interests of his friends, the Gupta family, seemed to actually drive policy."

South African banks have closed Gupta company accounts over the past year, citing new international banking protocols designed to combat corruption and money-laundering. The Guptas have sought to pressurize Gordhan to force the banks to re-open their accounts. In a court battle this week, Gordhan and the banks have sought a judicial order declaring that it would be illegal for him to do this.

There are two obvious options for removing Zuma from office: for the ANC's national executive to call on him to step down, as they did with former President Thabo Mbeki in 2008; or for a two-thirds majority in Parliament to vote to impeach him.

In the first case, numbers of Zuma loyalists in the executive would need to turn against him. In the second, nearly half of the ANC's members of Parliament would need to vote against Zuma to enable a coalition of opposition parties and ANC dissidents to succeed. 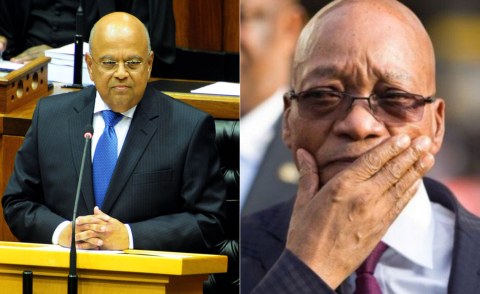 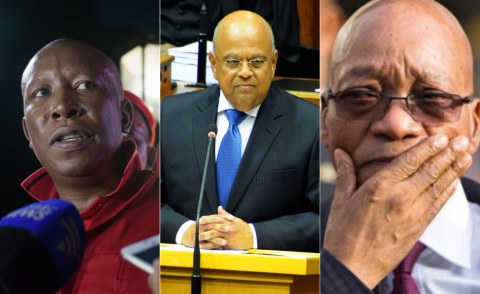 South African Finance Minister to be Axed After Kathrada Funeral? 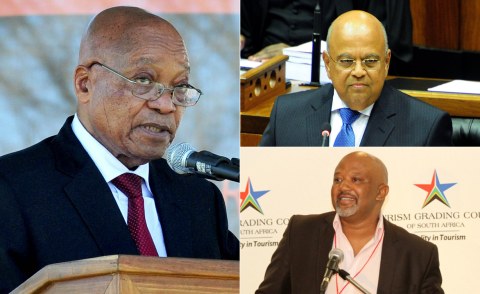 South Africa's President Zuma Fires Finance Minister, Deputy
Tagged:
Copyright © 2017 allAfrica.com. All rights reserved. Distributed by AllAfrica Global Media (allAfrica.com). To contact the copyright holder directly for corrections — or for permission to republish or make other authorized use of this material, click here.