Flexibility, the Ability to Adapt and Taking Charge of Your Future are the Principles this GE Leader Stands By 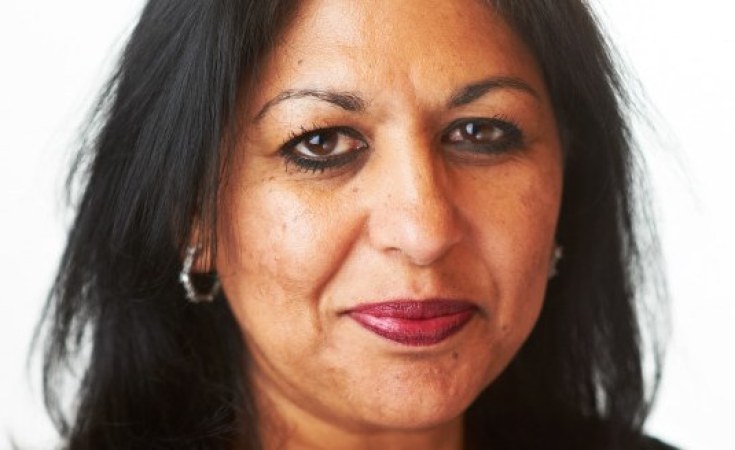 Born in Nairobi, Kenya, Supriya Bhandari was the youngest of seven children – six girls and one boy. At the age of 10, her family immigrated to the United Kingdom (UK) to stay in the Midlands. Supriya came from a family that supported education and growing up, she developed a passion for investigative journalism, resulting in her wanting to pursue a career in the field, however, at the time, it was rare to have racial diversity in many fields and so, as a career choice, journalism was not encouraged.

“Traditionally, Indian families felt that traditional careers such as accountancy, lawyers and doctors were the desired careers. It was rare to see different ethnicities on televisions, for example. In my family, it was almost a case of if you couldn’t count, you became a lawyer.” Supriya had a strong family background in law. Her father, uncle and some of her siblings became lawyers, and this became the default path that she followed, but her passion for journalism still exists and from time to time, she dabbles in informal writing.

“My parents moved back to  Kenya in 1984 and in 1987, my father passed on. I remained in the UK to do my  studies and my siblings also pursued their careers while our mother lived in  Kenya,” said Supriya.

Once Supriya completed her qualifications and articles as a solicitor, she stayed in the UK to work at a  private practice. In 1994, Supriya left private practice and joined a movie production company to undertake temporary work and to get a feel for being an in-house lawyer, which was a relatively new function then.

What was supposed to be a six-week assignment at the company became a six-month assignment for her. She  then found a job at a theatre company in London where she became the business affairs manager, covering all aspects of the business.

“During my time at the theatre, I met a lot of interesting people. I discovered I had to find the balance of where the formal bit came in and when the fun bit did. I found it very interesting working in an unorthodox environment – creating order out of chaos.”

Supriya then moved on to what she identified as her first real job with a listed company, which was known as Cadbury Schweppes at the time and is now known as Mondelez. In her new role, she looked after the emerging market regions of the Middle East, Africa and India. “I was based in London, but travelled to the markets very  frequently. In 2000, I was moved to Europe where I looked after the Europe  business and thereafter, I moved to South Africa to be based in Johannesburg  from 2002 for almost 10 years until I moved back to Kenya to work for GE in  2012.”

“Coming back to Kenya after growing up, studying and working in the UK was  both a personal and professional journey for me, although the real defining  moment of my career was when I was based in Johannesburg. Things really came together for me when I was in South Africa in terms of the direction I wanted to take. I started out looking after the South African business, which then spread into the Sub-Saharan African region, which then spread to the Middle East and Africa regions in 2007. I had to learn to engage and adapt to the environment because, for the first time in my life, I was in a place where I knew nobody and that was a big step to take.”

The lesson learned in Johannesburg was that she could do anything she set her mind to. “I had the foundation, then I was empowered with the leadership opportunity and given responsibilities. I managed six people and looked after a whole region under very difficult circumstances. We had to learn how to deal with all those issues.”

The role Supriya has at GE Africa as the Executive Counsel, East Africa and Development and Investment, GE Africa provided an opportunity to leverage all that she had learnt from working in emerging markets, in difficult circumstances, different environments, working across functionalities and leading teams. “I took all of that and applied it to what GE was trying to do in Africa. It was  the start of a new structure and it was interesting to me. I liked the  approach that GE took in recruiting local talent to work for the company. Bringing people from within the continent with international experience to provide support was very refreshing for a big organisation. This was something I had done while working in South Africa where I employed and trained three young lawyers who moved on to other successful careers. For me, teaching and giving back is something that is very important and I was fortunate to be able to do this. It’s a fulfilling thing for me.”

In April, Supriya will celebrate five years at GE and the one thing she can say after almost five years is that her days are never the same. “You could start your day doing one thing and there will be several developments that cause you to change direction. You must be able to deal with whatever comes along.” The scope of Supriya’s current role covers the East Africa market, primarily focusing on the renewables part of the business. She also supports businesses in East  Africa.

The second part of Supriya’s role involves sitting as the general counsel for the development and investment team known as the Project Development Team. “This is a unique function within GE Africa in that we focus on demand creation. So, this is quite a broad role from dealing with joint development to supporting projects to get off the ground. It’s quite interesting for me in that we are creating solutions that are unique.”

“One of the GE beliefs is that we deliver results in an uncertain world. Adapting to an environment that is dynamic is key because it is very difficult to predict. So, we try to have a process that is predictable, but we can’t predict what will happen  next because of the dynamics. This can be frustrating and fascinating at the  same time.” The one thing that excites Supriya about her job is the opportunity to create unique solutions for unique challenges. “A lot of  things happen in an environment, for instance a law might change and there is a ripple effect on how it changes the way things are done and we then must align accordingly. This can prove to be challenging because different countries function differently.”

Supriya is proud to be involved with the Precious Sisters initiative as it is close to her heart. It is a mentorship programme for young girls who are in the top 5% of students in the schools in Nairobi and the organisation helps them continue their development to achieve better qualifications. The pupils come from very disadvantaged backgrounds and this mentoring supports them to reach for their dreams. The programme is essentially about being accountable to yourself and taking charge of your future, a principle that Supriya stands by.