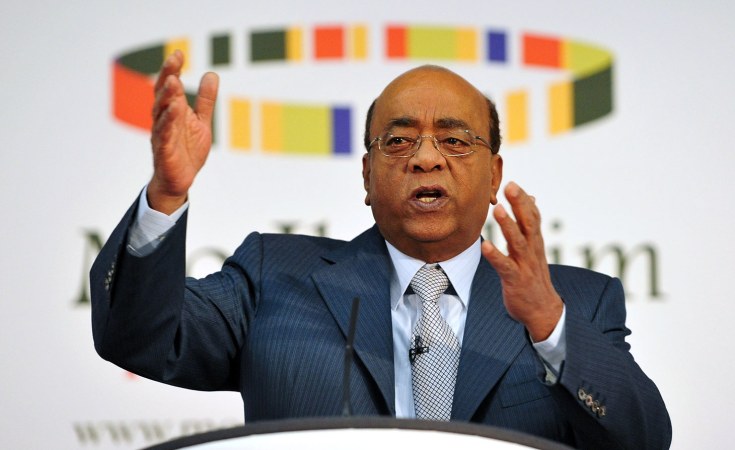 Creating economic opportunities for young Africans is the most urgent challenge facing the continent, threatening to undermine recent progress and create widespread instability, according to Mo Ibrahim.

Young people in Africa are becoming disillusioned. What will happen if we do not provide jobs when the tsunami of young people currently in education start looking for work? We will see further migration out of Africa and an increased threat of extremism. African governments and businesses must come together, as a major of urgency, to ensure that we are equipping our young people with the skills they need take control of their futures.

Mo Ibrahim was speaking at the 2017 Ibrahim Governance Weekend, a three-day series of special events hosted by the Foundation in Marrakech, 7-9 April.

At the heart of the weekend was the Ibrahim Forum, bringing together leaders from across Africa and around the world to discuss Africa at a Tipping Point, new research from the Foundation that reveals a 'defining moment in Africa's progress'.

The report, launched earlier this month, calls on African nations to harness the energy, and meet the expectations, of their young people to ensure that the progress of recent years is maintained. The Ibrahim Forum explored three areas of particular concern for young people in Africa.

The first session focused on the link between governance and terrorism, highlighting how the vacuum created through weak governance can create fertile ground for violent extremism.

Stressing the need for early intervention in areas of failing governance, Jean-Marie Guéhenno, President and CEO of the International Crisis Group, said: "Over time, chaos begins to set in and then terrorism prospers on chaos. Terrorism comes after a long period of neglect, and it is that neglect that prevention must address."

Martin Kobler , Special Representative and Head of the United Nations Support Mission in Libya, said: "In mediation, we talk mostly to men above the age of 70. Youth is often totally detached from this process, but they are the majority of the population. They are not only the future of the country, they're the present of the country."

Aya Chebbi , Founding Chair of the African Youth Movement and a Mo Ibrahim Foundation Fellow, said: "It's not being jobless that drives youth to terrorism. It's the perception of injustice."

The second panel explored the risk of a democratic recession in Africa.

Amina J. Mohammed , Deputy Secretary-General of the United Nations, called on young people to become more involved in the democratic process. "We need an inter-generational transition. I don't think people over a certain age should be at the helm of affairs looking at the future for people who are 60 years younger."

Graça Machel , Founder of the Graça Machel Trust, called for more diverse institutions: "Democracy is about the voice of the majority. But our majorities in Africa – the rural people, the women, the youth – have very little say in what is happening. We need serious thought on how to build institutional capacity at different levels to take into account all voices."

The third panel addressed the challenge of inclusive economic growth and employment. 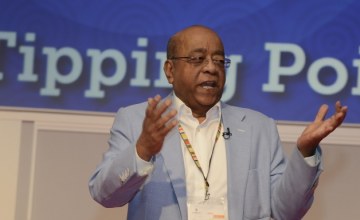 The Mo Ibrahim Foundation held its flagship event, the Mo Ibrahim Governance Weekend, from 7 to 9 April 2017 in Marrakech, Morocco, under the High Patronage of His Majesty the King Mohammed VI. The weekend concluded with a public concert highlighting some of the best performers of the continent and a football match. The African Development Bank President, Akin Adesina, participated in several sessions where he stressed the importance of electricity and the huge role providing access to electricity plays in the Bank's High 5 objectives. Read more. More about the AfDB in this BRIEFING.

Moulay Hafid El Alamy , Moroccan Minister of Industry, Trade, Investment and Digital Economy, said: "Africa can take control of its own destiny. We have men and women of great quality."

Ngozi Okonjo-Iweala , Chair of the Board of the Global Alliance for Vaccines and Immunization, highlighted Africa's vast potential: "If you look at the evidence, what we do not lack on the continent is aspiration. We are always about potential. What we need to do is make that aspiration real for our youth."

Aliko Dangote , President and Chief Executive of the Dangote Group, stressed the importance of policy stability for investment and growth, and in creating jobs for young people: "In business, unless you plan, there's no way you're going to execute. Nobody will go into a country where there is no stability and invest their money there."

Akinwumi Adesina , President of the African Development Bank, highlighted the importance of empowering women. "A bird can only fly on two wings. Africa is going nowhere if it is only flying on one wing. We have got to enable women."

We need to fight for a much better Africa. Africa is huge – to move it forward we need everyone to come together.

The Ibrahim Governance Weekend celebrated the Foundation's tenth anniversary. Over the last decade, the Foundation has established a number of initiatives, including the Ibrahim Prize and Ibrahim Index, to strengthen leadership and provide the data to enable countries to improve standards of governance.

On Friday, 7 April, guests from Morocco and around the world celebrated progress and achievement in African leadership.

Delivering a message from His Majesty King Mohammed VI of Morocco, Andre Azoulay, Advisor to the King, said: "I congratulate Mo Ibrahim on his efforts towards improved governance in Africa…I was keen to grant my patronage to your conference given the special interest I take in the preservation of our citizens' security and fundamental rights, as well as in human and sustainable development in Africa."

Speaking on the challenge of leadership in today's world, Horst Köhler, former President of Germany, said: "We have become used to the cynical idea that truthfulness is detrimental to successful political leadership…The erosion of trust in institutions and public leaders is, in my view, one of the major causes for the political and economic problems in Europe, the United States, and in Africa."
The ceremony showcased Africa's extraordinary musical talent, with performances from some of the continent's biggest stars.

The weekend culminated with a huge public concert involving a host of musicians from Morocco and west Africa. Thousands of people from Marrakech were treated to performances by local stars Hoba Hoba Spirit, Hindi Zahra, Hamid El Kasri and Van, performing alongside Youssou NDour and Angélique Kidjo.

Tagged:
Copyright © 2017 Mo Ibrahim Foundation. All rights reserved. Distributed by AllAfrica Global Media (allAfrica.com). To contact the copyright holder directly for corrections — or for permission to republish or make other authorized use of this material, click here.