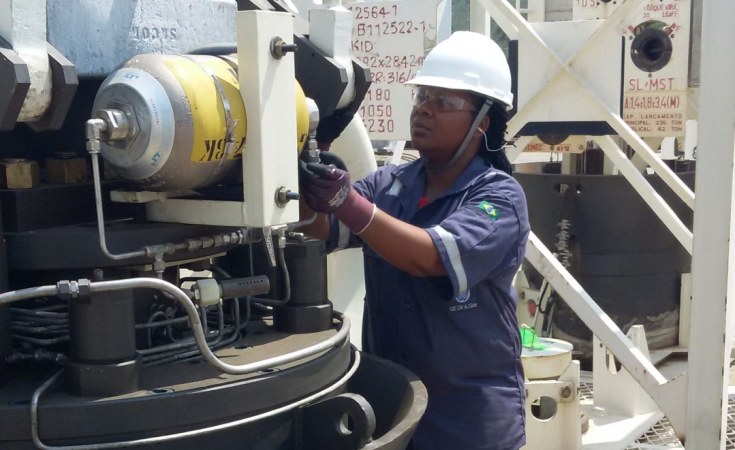 The GE Reports Africa blog has launched a series known as “Women in Technology” which profiles GE SSA’s unsung female heroes, highlighting their contribution at GE.

“My father was an electrician and sometimes, I would help him with some of the work he did when he was at home, such as getting the wires he needed to get the job done just so that I could get involved in something technical. I learnt then that even though I had a passion for the technical field, it wasn’t the electrical, but the mechanical speciality I wanted to focus on later in my life.”

As a young girl, Cláudia Manuel Guirruta had always been interested in the sciences because mathematics and physics were the subjects she enjoyed most at school. Cláudia, who has a mechanical engineering degree under her belt, is currently the field service engineer technical advising specialist at GE Mozambique. Three years ago, when she was studying, she saw a GE vacancy online and applied for the post. “I was selected from 100 people after a week-long rigorous interview process,” she said proudly. Initially, she was a trainee in the Graduate Engineering Training Programme (GETP) in November 2014 and last November, she was promoted to her current  post.

“Here in Mozambique, there is no prejudice about what fields women can be in. In fact, government is fighting to have more women in technical careers such as mine. It is still very difficult to find a woman in Mozambique in a technical course or career. Many are medical doctors and lawyers, but women are rare in engineering. One of the reasons I say this is because in 2014, I was the only woman out of 20 people who applied for and made the cut for the mechanical engineering programme at GE Mozambique.”

In Mozambique, the field of work Claudia is in is new and any GE-specific training is done in other countries. “I have been fortunate enough to have travelled to Brazil and the US for my technical GE training.”

On a day-to-day basis, her role at GE involves technical support for customers, regular check-in meetings with her manager and preparation of as well as the organising of technical materials that support operational procedures.

Cláudia is married and has a young daughter, who is almost 4-years-old. In her spare time, Cláudia enjoys spending time with family and friends. At the outset, her parents didn’t support her when she chose a technical field. “My  father told me that this was not a field for women. He advised me to pursue a career in medicine or law, but I told my parents that I am doing what my  heart desires.”

Claudia’s advice to women is that they need to look deep in their hearts to figure out what their  passion is. “This is because technical careers are predominantly male-dominated and as a woman, one needs to be sure that they are passionate because there are too many challenges to overcome. For example, a technical field is not seen as a field for women by some in Mozambique.”

“We, as women, need to believe in ourselves and remove the thought that we cannot do hard work or physical labour. If you have the mind to think it and you love the work, the sky is the limit. There is nothing that can stop you from achieving your goals.”

Cláudia has faced many challenges and didn’t find things easy as most men saw her as not being able to work in the field. She had to prove herself – a huge task considering that she was the only woman in the field. She was also faced with perceptions that women couldn’t do the job, but today, she has a good repertoire with her teammates and the feedback has been positive. The first time she worked in the field, she was given light tasks, but she challenged her peers to give her more work and, in time, she won them over. Claudia has not only earned the respect of her family, but also of her male colleagues.

Today, she is successful and fortunately, her parents and husband are very supportive and have been with her all the way. When she travels, her family help by looking after her daughter and she is grateful to have a family that supports her with what she wants to achieve in her profession. “I hope to grow more in my role and to mentor others in future. For now, I am happy with where I am.”