Through Various Development Initiatives, GE is Having a Positive Impact on Angolans' Lives 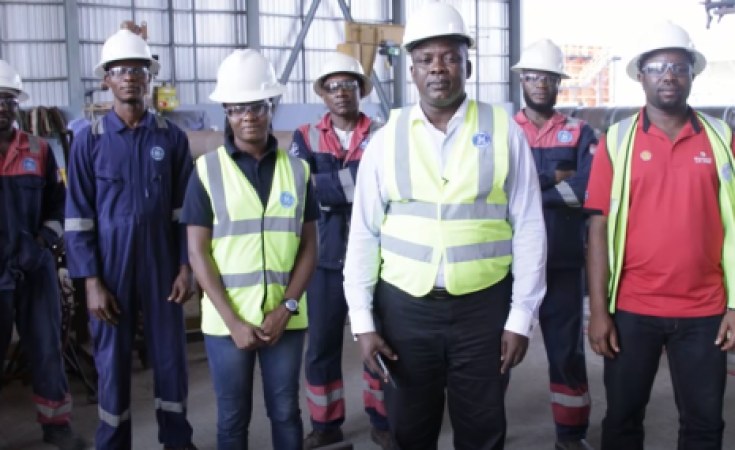 GE
GE is working closely with the Angolan government to help the country achieve the goals set out in the energy sector revitalisation programme known as Vision 2025.
Content from our Premium Partner
GE Africa (Lagos)

Since 1958, GE has been operating in Angola where they have worked hard to expand their portfolio in the country. With the introduction of GE Transportation, the company delivered its first diesel locomotive to the Angolan Rail Company in 1967. Today, GE Angola employs more than 600 people across important economic sectors, which include oil and gas, power and water, rail transportation, energy and healthcare.

GE is working closely with the Angolan government to help the country achieve the goals set out in the energy sector revitalisation programme known as Vision 2025. As a result of this relationship, Angola has had the opportunity to explore a wide range of opportunities, including innovative power generation techniques as well as modernising the transportation sector.

GE has achieved important milestones in Angola, especially in rail transportation, and has made significant inroads into modernising and expanding Angola’s locomotive fleet. Based on these achievements, GE signed a memorandum of understanding (MOU) with the Angolan government to supply 100 locomotives and refurbish eight old locomotives for the Benguela Railway.

Another MOU signed with the Angolan government is designed to help government achieve the country’s 2,000MW electricity target by the end of this year. GE also supports the new energy training centre in Soyo by providing technical training services. A 130MW fast-track power deal was signed as part of the MOU with the ministry of energy and water to fill the short-term power gap. The project will power more than 500,000 homes.

The training centre is strategically located at the Sonils Base to make it GE’s primary manufacturing and service centre for Angola’s offshore deep-water projects. A recent expansion has added capacity for a subsea tree (flat-pack) built concept and control modules testing capabilities in-country. The workshop also has capabilities for L2 service repairs for turbomachinery power generation equipment. This is an indication of GE’s commitment to supporting local content development in the country.

Opportunities to support educational development in Angola are significant and include the building of schools, development of teacher training and access to new equipment and computers. Vocational education and trade certifications are especially needed to continue to support local growth and hiring by companies such  as GE, which is helping to develop and train local talent.

The MAPESS (Angolan Ministry of Administration, Labour and Social Affairs) Vocational Training Centre was established in Soyo by the Angolan government with support from RKK (a Norwegian vocational education foundation) and the Norwegian government to develop skilled people for the oil and gas sector.