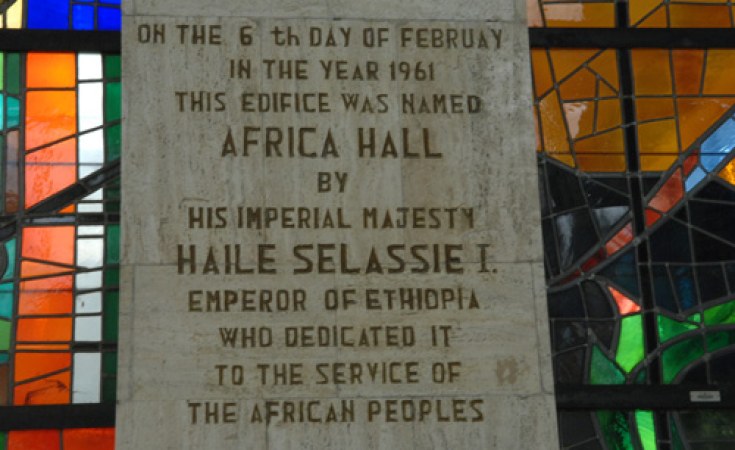 ECA Library
The historic Africa Hall is one of Addis Ababa's landmarks. Inaugurated in 1961 by H.I.M. Emperor Haile Selassie, Africa Hall has been host to numerous meetings, and African Heads of State’s decisions, among which the adoption of the Charter of the Organization of African Unity (OAU).
Content from our Premium Partner
United Nations Economic Commission for Africa (Addis Ababa)

Speaking on behalf of her government, Mirjana Spoljaric Egger, Head of International Organisations Division at the Swiss Federal Department of Foreign Affairs, said her country has pledged 100 thousand Swiss francs to support the Africa Hall project.

For his part, Mr. Hamdok expressed the Commission’s gratitude saying, “Beyond being a beautiful piece of art, Africa Hall embodies some of the finest parts of Africa’s history, and we are really appreciative of your support.”

The Acting Executive Secretary also briefed the Swiss delegation on the progress of the renovation project, adding that it is expected to go fully operational by 2021.

Africa Hall, which is part of a collection of twenty buildings making up the ECA Compound, was built in 1960/1961 and later became the birthplace of the Organization of African Unity (OAU) and a landmark venue for other Pan-African and African renaissance events.  However, following discussions between ECA, AU, and African heads of state in 2008, it was agreed that the hall had deteriorated over the years and needed renovation.

Against this backdrop and in line with a UN campaign to modernize UN Compound facilities, the General Assembly in 2016 approved $57 million for the renovation of Africa Hall and mandated the ECA to seek voluntary support from other entities.

The goal is to renovate the hall while conserving its strong heritage, as explained to the Swiss delegation by Antonio Baio, Africa Hall project manager.

“We have engaged a professional firm with strong experience in heritage conservation and public buildings of this caliber because we aim to transform Africa Hall into a rejuvenated facility that complies with international standards for conference facilities, while preserving and restoring the historical and cultural values embedded in its architecture.”

Mr. Baio said the project will include a permanent exhibition to make Africa Hall one of the leading tourist destinations in Addis Ababa and highlight its significant role in modern African history. The project design is scheduled for completion in June 2017.

Ms. Egger explained that her government’s support was part of a broader effort to help project the value of United Nations Regional Commissions.

“We recognize the growing importance of the regional commissions. We see an added value in the Commissions with current UN efforts to strengthen peace and security. We want to help UN take advantage of the interlinkages between development and security issues.