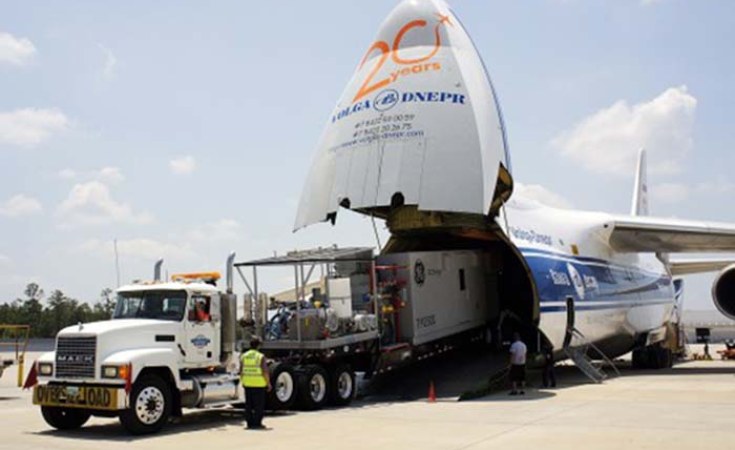 GE (NYSE: GE) today announced an order from AE Energia for fast, digital power in Angola. The order includes seven TM2500 mobile aeroderivative gas turbine generator sets, services agreements and digital solutions for PRODEL, the state-owned company responsible for power production. The TM2500 units will be installed in Namibe, Huila and Cuando Cubango provinces and will be capable of providing the remaining 200 megawatts (MW) of power for the government to achieve a targeted one gigawatt (GW) of electricity by end of 2018. Today's announcement comes on the heels of  AE Energia and GE's ongoing work together at the Soyo 750 MW combined cycle power plant, as well as six units of GE's 2016 TM2500 project in Angola being connected to the grid earlier in April.

"Our industry-leading TM2500 units deliver reliable and efficient power with speed, and with the addition of these seven units up to an additional 15 percent of the population of Angola can gain access to electricity," said Scott Strazik, chief commercial officer of GE's Gas Power Systems business. "We are very proud to help achieve this significant milestone and look forward to continuing to support Angola's ambitious energy goals in the years to come."

Angola's national grid, built in the 1970's, is now aging and in need of upgrade and rehabilitation as the grid is currently able to provide electricity to only about 30 percent of the population. The TM2500 generator set, which is trailer mounted and can be installed faster than traditional power plants, is ideally suited to meet Angola's energy needs. Together, the seven units will be used for grid stability in existing plants as well as provide electricity to off-grid communities.

Angola's national grid, built in the 1970's, is now aging and in need of upgrade and rehabilitation

GE will provide the generating equipment, installation, commissioning, fuel treatment solution, spares and electrical balance of plant to PRODEL. The order's multi-year service agreements for up to nine TM2500 generator sets will support optimum performance, efficiency and reliability of the equipment for a period of six years. The services agreements also include GE's Predix* based Asset Performance Management (APM) software, which was deployed for the first time in aeroderative gas turbines with the Marubeni project in Japan in April 2017. GE's APM software leverages data analytics to monitor power generation and transmission equipment health to predict potential failures and thereby reduce unplanned downtime by up to 5%, lower operations and maintenance costs, and lower operational risks.

AE Energia, a leading Angolan promoter, integrator and implementation partner, will oversee the project execution with GE in the region to ensure seamless execution in delivering to PRODEL. "AE Energia will collaborate with GE on the project execution and work on behalf of the Angolan government to connect the best global power company with the local private sector power company delivering capability in Angola," said Ricardo Machado, CEO of AE Energia. Our goal is to ensure the country gets full value for money as we provide the local know how to support GE in every phase of this power project responding to the national priorities for the energy sector."

GE and the Angola Ministry of Energy and Water signed a Memorandum of Understanding (MoU) in 2014 to achieve the country's additional electric power generation capacity target of 2000 MW. Currently GE technology is responsible for approximately 50 percent of Angola's electricity generation, and today's announcement represents another phase of the implementation of the GE Power for Angola program. GE delivers across the entire energy ecosystem for Angola's national development, from generation to transmission and distribution as well as long term service guarantees.

GE has been operating in Angola since 1967. Today, GE employs more than 500 people in Angola, in businesses spanning across key sectors including oil and gas, power, water and rail transportation.

*Predix is a trademark of General Electric Company

About GE:
GE (NYSE: GE) (GE.com) is the world's Digital Industrial Company, transforming industry with software-defined machines and solutions that are connected, responsive and predictive. GE is organized around a global exchange of knowledge, the "GE Store," through which each business shares and accesses the same technology, markets, structure and intellect. Each invention further fuels innovation and application across our industrial sectors. With people, services, technology and scale, GE delivers better outcomes for customers by speaking the language of industry.

About GE Power:
GE Power is a world leader in power generation with deep domain expertise to help customers deliver electricity from a wide spectrum of fuel sources. We are transforming the electricity industry with the digital power plant, the world's largest and most efficient gas turbine, full balance of plant, upgrade and service solutions as well as our data-leveraging software. Our innovative technologies and digital offerings help make power more affordable, reliable, accessible and sustainable.