Back on the Rails: How Machinists in Pennsylvania are Helping Drive Angola's Economy 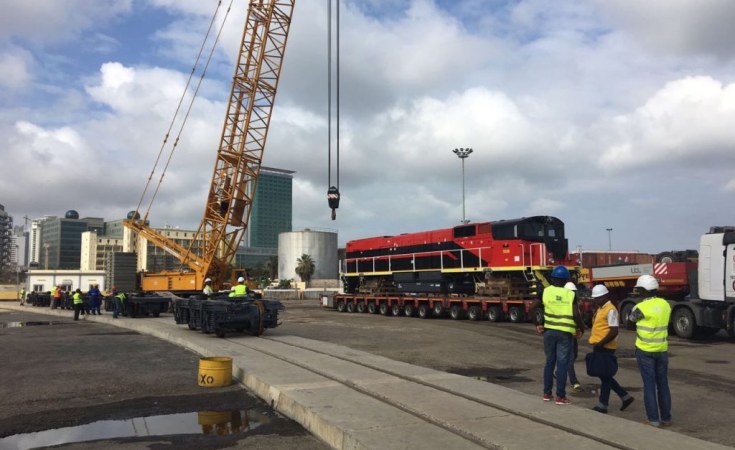 GE Transportation/GE Reports
Angola hopes to establish itself as a regional transportation hub for freight and mining commodities. The government estimates that routing through Angola could cut 40 to 50 percent of the cost of local transportation.
Content from our Premium Partner
GE Africa (Lagos)
By Maggie Sieger

A few years ago, a group of investors from Singapore planned to open a large iron mine in southwest Angola’s Huila province. The mine would bring jobs and money to the local economy, but the project failed because there was no reliable way to move ore from the mine.

This is a common story in Angola, a country of 26 million. A lack of infrastructure has hampered economic growth within the region and continent. Angola has just three rail lines and 30 or so locomotives, the “youngest” of which have been operating for more than three decades. Radio correspondence, which isn’t always dependable, is the sole form of communication, making it difficult to track the trains and manage their schedules.

However, big changes are just around the bend. As part of the Angolan government’s effort to modernize the country’s transportation infrastructure, signed a $350 million deal with GE Transportation for 100 new and eight upgraded locomotives. The new machines and a full overhaul of Angola’s tracks will position the country as a transportation hub among its mineral-rich, land-locked neighbors and help stimulate economic development.

GE assembles these C30 locomotives at its century-old factory in Erie, Pennsylvania. Fifty miles down the road, workers at another GE plant in Grove City, Pennsylvania, manufacture the 3,000-horsepower engines. The first 15 locomotives are scheduled to begin service by the end of May.

The Erie plant built components for 200 of the same trains for South Africa, and similar ones for Mozambique. GE workers in Erie, for example, are now also building locomotives for Pakistan.

As part of the deal, GE will also train operators and maintenance personnel to add skilled labor to the local workforce. These individuals will work to rebuild and maintain the eight locomotives that had been built between 1967 and 1982. The upgrade will include all new digital control systems to extend the life of the trains by 10 years, said Gavin Mandy, a senior sales manager for GE Transportation.

The Angolan locomotives initially will haul both passengers and general freight. The country hopes to establish itself as a regional transportation hub for freight and mining commodities. The government estimates that routing through Angola could cut 40 to 50 percent of the cost of local transportation. “These are going to be all around better locomotives than what they had in the past,” says Alan Dilla, locomotive project manager for GE Transportation.

The C30 will be the first locomotive in the country to use GE’s AC propulsion technology, which includes a digital control system. Each wheel has its own motor, which allows for greater control of the train’s speed and adhesion to the tracks. In the past, if a wheel started slipping at higher speeds or on a steeper grade, the entire train had to slow down to accommodate the problem.

Now, the C30’s digital brain can calibrate power to each individual motor, so a single wheel — rather than the whole train — can be adjusted. That means the train can keep moving at high speeds, no matter the conditions. The control system uses sensors and other feedback to monitor each wheel and motor, which also allows for quicker adjustments and a safer ride. The increase in safety and speed, along with greater horsepower, means these locomotives can haul trains that are 30 percent longer than Angola’s current stock.

Some of the locomotives will be also equipped with GE’s Locovision product, a high-definition video recording system that helps monitor the track.

“They’re always going to know where they are, how they’re performing and if there are any issues,” Mandy says. That should help put Angola on the right track.