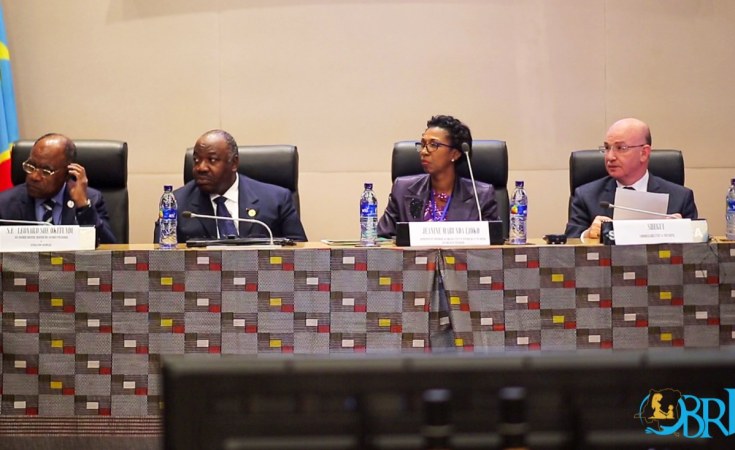 Recurrent fighting in eastern Democratic Republic of Congo (DRC) will always negate efforts made in the fight against rape and sexual violence on women and children in the region. But, as a book by the country's Military High Court launched at the just concluded 29 th African Union Summit in Addis Ababa reveals, there is a lot of work being done to bring justice to victims and ending impunity by punishing those who perpetrate and use rape as a weapon of war. The DRCongo government's zero tolerance commitment on this pandemic atrocity is well documented, and yet most of its efforts in eradicating the horrors of conflict-related rape and sexual violence, remain unreported.

Ms Jeanine Mabunda – a prolific women's rights champion, and President Joseph Kabila's Personal Representative on Sexual Violence and Child Recruitment – is first to admit that the volatile situation in her country still remains an encumbering monster in the fight to end rape and violence on women atrocities in the affected regions.

"I have had the privilege of leading the fight against sexual violence and child recruitment in the DRC for almost three years now, and I will not deny that it is a hugely challenging task. The DRC is recovering from one of the heaviest fighting Africa has had the misfortune to experience…and there are those who took advantage of this conflict to commit terrible crimes including acts of sexual violence and forced recruitment of children into military and armed groups," she lamented adding:.

"We are not without our problems today and outbreaks of unrest continue, for example recent fighting, especially in Kasai province. But we are taking big steps in fighting impunity by punishing those who commit these acts of sexual violence…we are not complacent, even if we are still a long way to go. We will continue to fight for justice for the victims, and end the impunity of the perpetrators of these crimes."

The 369-page book, written by the magistrates of the DRC's Military High Court in partnership with Ms Mabunda's office – was launched on 4 th July in at an event which was attended by President of Gabon Ali Bongo Ondimba, the African Union Commissioner for Peace and Security Smail Chergui and other influential voices including Ms Bineta Diop, the AU's Special envoy for Women, Peace and Security.

In his remarks Mr Chergui praised the DRC government for the efforts it is making to end the scourge stating: " The African Union congratulates President Joseph Kabila for his personal commitment to ending the barbaric practices of subjugating the weaker in society – women and children – to all forms of sexual violence."

President Kabila was at the African Union during the launch and momentarily greeted the organising team outside the event's venue in an expression of support. He was represented by his Foreign Minister, Leonard She Okitundu, who stated in his speech that the book was " an important milestone marking the country's total intolerance for those who commit acts of sexual violence."

The book, whose forward is written by Zainab Bangura – the former United Nations Special Representative on Sexual Violence in Conflict has documented and collated cases of sexual violence committed by men serving in the military and brought before the Military High Court. It highlights the work of the Congolese justice system in addressing the scourge in accordance with the Rome Statute, and made possible by amendments of two laws that established an adequate legal framework – including amendments to the Penal Code to ensure the sexual violence victims' legal protections, and amending the Code of Criminal Procedure which helps facilitate the victims' access to justice.

We want to change the perception and improve education about these crimes at grassroots level. And we want to let victims know that there is support available, that there is no shame in coming forward… and that they are not alone.

Some of the main successful prosecutions including infamous ones such as those of Brigadier General Jerome Kwakavu and several other colonels (he became the first Congolese General to be convicted of rape and murder in 2014) and the harrowing Songo Mboyo saga which has seen a number of military personnel convicted of sex violence crimes and victims offered compensation.

"The message is clear. No one, no one at all no matter how high their rank is or how far-reaching their influence is, is beyond the reach of the law…we strongly believe the prosecution of perpetrators of all ranks in the military is a critical step in the fight for justice for victims and it is therefore important to highlight the progress we are making, and this is exactly what this book has done, Explains Ms Mabunda

She adds: "I trust that legal practitioners, students, the Congolese citizens, and the international community will find this publication useful…and appreciate the efforts made by the Congolese legislators and military authorities in addressing sexual violence crimes."

And progress is being been made. The tide of these atrocities is also on the ebb.

"Recently, we received some inspiring news from a United Nations report into conflict-related sexual violence, says Mabunda. " The report found that there has been an 85% decrease in reported cases of conflict-related sexual violence, in the DRC in the past three years. This is a significant improvement [and] it is a testament not only to our efforts, but to those of our esteemed local and international partner organisations, whose support is invaluable."

To put further impetus on the on-going work against impunity, a lot has been happening across the country, including during the International Day for the Elimination of Sexual Violence in Conflict, on 19th July, with the opening of a specialist gynaecological centre

dedicated to victims of sexual violence at the General Referral Hospital of Kintambo. There are also on-going workshops for troops on sexual violence laws as well as training sessions for FARDC officers based in Kasai, hosted by The Civic Education, Social Action Service.

"We want to change the perception and improve education about these crimes at grassroots level. And we want to let victims know that there is support available, that there is no shame in coming forward… and that they are not alone." Ms Mabunda explains.

This article appeared in the New African Woman

Tagged:
Copyright © 2017 Office of the Personal Representative in Charge of the Fight against Sexual Violence and Child Recruitment. All rights reserved. Distributed by AllAfrica Global Media (allAfrica.com). To contact the copyright holder directly for corrections — or for permission to republish or make other authorized use of this material, click here.

NGOs Testify to Progress Made Fighting Sexual Violence in the DRC

DRC Received Over 3,000 Complaints of Sexual Violence in 2016