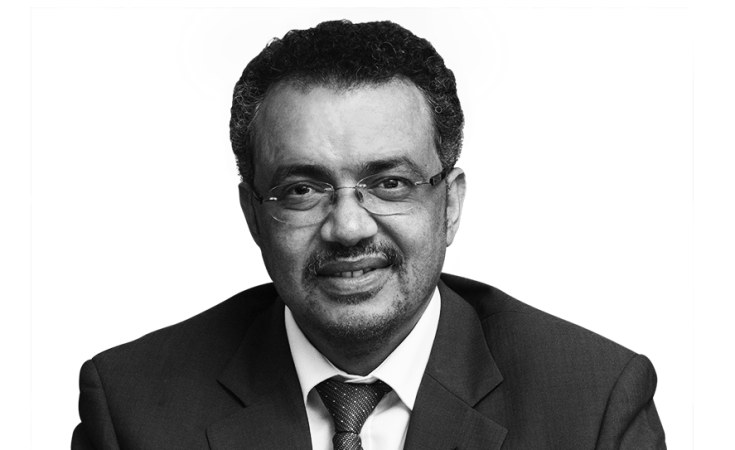 In WHO's drive to ensure good health and care for all, there is a pressing need to step up global and national action on non-communicable diseases (NCDs), and the factors that put so many people at risk of illness and death from these conditions worldwide. By action, we mean coordinated action that is led by the highest levels of government and that inserts health concerns into all policy making—from trade and finance to education, environment, and urban planning. Action needs to go beyond government and must bring in civil society, academia, business, and other stakeholders to promote health.

But governments have to take the initiative. Governments are in the driving seat when it comes to motivating, and obliging, the private sector to prioritise the healthy—not the profitable—option, particularly those industries (eg, manufacturers, retailers, and marketers of tobacco, alcohol, sugary drinks, or foods containing trans-fat and high levels of sodium) that make the products that jeopardise health. However, how can such action be achieved when the scale of the NCDs epidemic is so large—accounting for the premature deaths of 15 million people aged 30–69 years every year, including 7 million in low-income and lower-middle-income countries—and the vested interests of powerful economic multinational operators so strong?

The answer is to prevent exposure to NCD-causing risks, such as tobacco smoke, harmful use of alcohol, physical inactivity, unhealthy diets, and air pollution, and to provide universal health coverage thereby ensuring all people can access needed preventive and curative health-care services, without falling into poverty.

WHO has developed a list of tried, tested, and affordable actions to improve prevention, early detection, treatment, and care of NCDs. These include prioritising essential medicines, counselling, and care for people living with an NCD, no matter where they come from or how much money they have. WHO has also made recommendations for using laws to help prevent people developing NCDs in the first place. This action means regulating the amount of salt and sugar in processed foods and drinks that fuel the epidemics of cardiovascular diseases and diabetes,4 and that are often cheaper than healthier options. Such regulation involves banning tobacco marketing, advertising, and promotion, and making all indoor public and workplaces smoke-free. Taxing tobacco, alcohol, and sugary drinks not only curbs consumption of unhealthy products, it can also generate revenue for disease prevention and treatment.

At the 70th World Health Assembly in May, 2017, governments endorsed the updated set of "best buys" and other recommended interventions for the prevention and control of NCDs, which—when implemented—can support countries to reach Sustainable Development Goal target 3.4 of reducing premature deaths from NCDs by one-third by 2030 (1).

By implementing these measures, governments will protect health, make populations stronger and more productive, save on health-care costs, and—when they implement taxes on tobacco, sugary drinks, and alcohol—generate revenues that can be ploughed back into universal health coverage.

"Changing the NCD paradigm is essential. No longer can NCDs—and health in general—be seen as a matter of only stocking hospitals with medicines and training health-care workers" - Dr Tedros Adhanom Ghebreyesus, WHO Director-General, Dr Tabaré Ramón Vázquez, President of Uruguay

These measures and more, and the action needed to turn policy into reality, are central to the WHO Global Conference on NCDs that WHO and the Presidency of Uruguay are co-organising and holding in Montevideo, Uruguay, on Oct 18–20, 2017. This conference is important for many reasons. Its focus on enhancing policy coherence to prevent and control NCDs is key. The conference will also provide a moment to take stock of national progress ahead of the next UN General Assembly high-level meeting on NCDs in 2018.

There has been progress. Globally, the probability of dying prematurely from cancer, cardiovascular disease, diabetes, and stroke fell 17% between 2000 and 2015. But the world is still far from meeting global targets to reduce premature NCD deaths by 25% by 2025 and then by a third by 2030.

Changing the NCD paradigm is essential. No longer can NCDs—and health in general—be seen as a matter of only stocking hospitals with medicines and training health-care workers. Fiscal policy is led by finance ministries. Trade agreements drive the export and import of unhealthy foods and beverages. Environment departments are responsible for cleaning up the air we breathe. Our children derive their learning, including on what it takes to be healthy, from schools.

No longer can we say that NCDs are a problem only for high-income countries, that regulating business is too hard, and that responsibility lies in the hands of individuals to make the healthy choice. Instead, we must expect—and help—governments to make the healthy choice the norm for their citizens. We look forward to meeting with government leaders in Uruguay to discuss ways to do just that.

Tagged:
Copyright © 2017 World Health Organization. All rights reserved. Distributed by AllAfrica Global Media (allAfrica.com). To contact the copyright holder directly for corrections — or for permission to republish or make other authorized use of this material, click here.