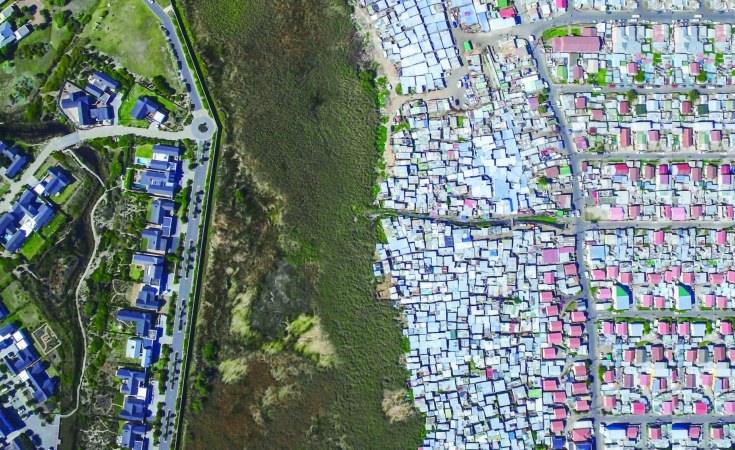 Cape Town — The widest gaps in income between the rich and the poor in Africa are to be found in five southern African nations, as well as the Comores and the Central African Republic, says a pioneering new study on income inequality on the continent.

The study, the subject of a report released by the Africa bureau of the United Nations Development Programme (UNDP), names the southern African nations where income inequality is worst as being South Africa, Botswana, Namibia, Zambia and Lesotho.

In contrast, it says income is more equitably distributed in countries in which agriculture plays a more prominent role in economies.

"Countries like Burkina Faso, Mali, Niger, Burundi, and Guinea, which are characterized by egalitarian access to land for productive engagement, especially in agriculture, appear to be performing better and rank among the most equal in the world," it says.

Moreover, the study adds, the inequality in southern and central African countries where the oil and mining sectors are important is getting worse, while the gap between rich and poor is narrowing in countries where agriculture dominates - mostly in west Africa.

The UNDP says the study, which has produced a 440-page report, Income Inequality Trends in sub-Saharan Africa: Divergence, Determinants, and Consequences, is the first of its kind in Africa.

Comparing income inequality across-the-board in Africa to that globally, the agency says that despite the growth in gross domestic product in recent years and an overall reduction in income inequality, sub-Saharan Africa remains one of most unequal regions in the world.

The study attributes high levels of inequality to concentration of land in the hands of a few, and to  weak access to agricultural assets by others.

Abdoulaye Mar Dieye, the UNDP's assistant administrator and director for Africa, says in a preface to the report: "When growth occurs in sectors characterised by high asset concentration, high capital absorption and skilled-labour intensity, such as mining, finance, insurance, and real estate and the public sector, overall inequality rises.

He associated inequality with "highly dualistic" economies, in which a small "labour elite" work in government, multinational companies and the resource sector, while most workers earn much less in the subsistence or informal sectors.

He cited government tax policies as contributing to inequality when they fail to redistribute spending to areas such as health, education and social protection for the vulnerable and marginalised.

And he said policies which reduce poverty do not necessarily reduce income inequality: "For instance, quality education and enhanced productivity are potent tools for poverty reduction, yet if unaccompanied by progressive taxation and well-targetted social protection, they could accelerate income disparities."

As well as calling for better social protection for the poor, he said policies to promote industrialisation and increase the productivity of the informal sector of the economy are needed.