Inside this South African Smelter, Software is Going Platinum 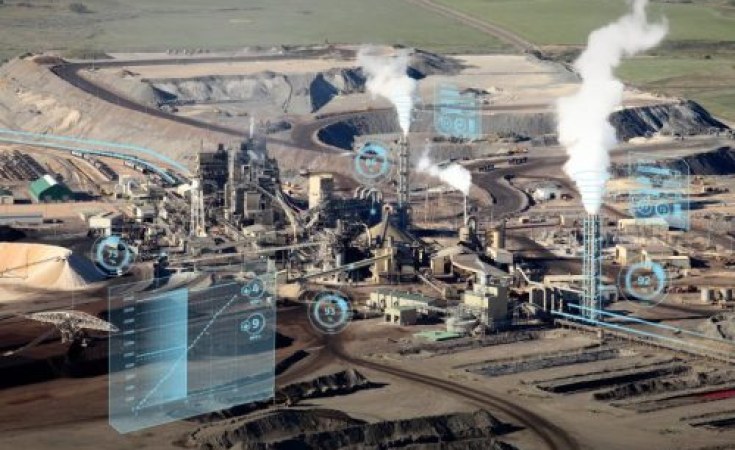 The band Lynyrd Skynyrd may implore fans to stop lusting "for the rich man's gold," but there's no way industry will listen.

Demand for platinum, also known as the rich man's gold, has been growing because of a long list of evolving industrial applications, including computer memory chips, dental crowns, defibrillators, catalytic converters for cars and even wedding bands. The metal is so rare that miners and smelters literally move mountains to extract only a few hundred tons of the metal out of the earth's crust every year. Following an expensive and time-consuming process, it takes them half a year and around 12 tons of ore to produce just a single troy ounce, or 31.1 grams, of platinum worth around $1,100. No wonder producers like Lonmin platinum-mining company in South Africa, where 70 percent of the world's platinum is produced, are looking for an upgrade.

Percy French, operations manager at Lonmin, is betting on a digital solution. A decade ago, he began using a smelter software application from GE's Digital Mine suite to help make his operation more efficient. By 2016 the software had helped him significantly increase throughput at Lonmin.

Based on this early success, French upgraded his systems to include a new application that allows him to track plant performance and key performance indicators and also automate operations. The app, called Operations Performance Management (OPM), uses real-time and historical data along with advanced analytics to help Lonmin make better-informed operational decisions and help the plant troubleshoot and prevent issues with its assets. So far, the app has reduced chemical waste at Lonmin by 3 percent and has led to a 10 percent improvement in throughput.

French, who has been working in the industry for 20 years, concedes that "operators in the mining environment" aren't typically drawn to using sensors, software and robots. But he says that metals miners have yet to appreciate the full impact of software and big data that has lifted other industries. "It's exciting to be in this world now," he says.

The Digital Mine software system gathers data from thousands of sensors throughout Lonmin's mining complex, which includes a smelter plus a slag plant for removing waste. It analyzes the data to help operators make better decisions.

The software oversees an incredibly complex process: mining the ore, crushing it into dust, then blasting it with heat in a furnace at more than 1,500 degrees Celsius. This dust is then churned in something that resembles a giant cake mixer, blended with a host of other chemicals used for extraction, like copper, and transferred to an electric smelter to eventually yield a shiny, silvery trickle of platinum.

One part of the software, the "advanced controller," acts as a kind of brain for the plant. It monitors and controls its various components, and then provides French with a complete and holistic performance report each morning. For instance, he will receive notice if one of his furnaces appears to be malfunctioning. The advanced controller also has the ability to adjust metrics like furnace temperature and makes quick decisions based on its own algorithms. "It replaces a human being for certain activities," French says.

French says that the software has helped him better manage the smelter's slag, the stony waste that gets separated from metals during the refining process. Calculating the right mix of crushed ore, chemicals and water can be an inexact science. At times, as much as 40 percent of what ends up as slag could be used in the metallurgical process. "If the plant doesn't perform efficiently, we have lots of chemical waste," French says.

The new OPM system helps French reduce chemical waste by enabling his operators to make those calculations more accurately. Elsewhere at his plant, the software has been used to help reduce bottlenecks in production — by around 2 percent — by monitoring the plant's controllers and better anticipating downtime.

Now he's looking at expanding the Digital Mine software to other parts of his plant, like the fan systems. "We will be implementing quite a lot of smart instrumentation and equipment on our machines in 2018," he says.