Africa: The Role of African Media in Regional Integration 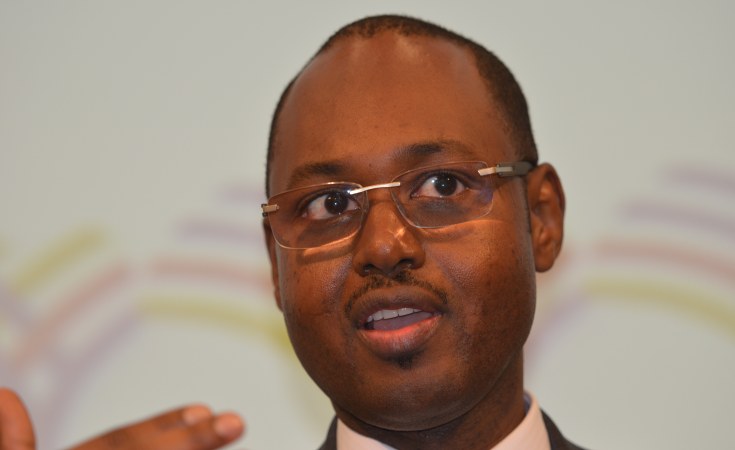 Most of the founding leaders of the Organization of African Unity (OAU), today's African Union (AU), are not remembered for their support of free press and democratic rule. Yet, they had a strong vision for the integral role that media should play in the liberation and integration of the continent.

Indeed, one of the first resolutions of the 1st Conference of African Heads of State and Government held in Addis Ababa, May 22-25, 1963 called for the "establishment of an African News Agency". After a 20 year gestation The PanAfrican News Agency (PANA) was finally officially launched in 1983, thanks to the technical and financial cooperation of UNESCO through its International Program for the Development of Communication (IPDC). Unfortunately, the continental news agency never rose to play a significant role until its privatization in 1997.

Over 50 years after the independence of most African countries, it is sad to note that the continental media landscape remains one of the weakest globally, especially when compared to Asia or Latin America. In my many trips across the continent and around the world, I have had the opportunity to discuss the role of media on many occasions. Almost everywhere, the "watchdog" role is the one most media professionals profoundly hold onto. This clearly places the responsibility on the media to hold to account all actors in society; from political to civil society, business, academia and of course, media itself.

African integration in its simplest meaning refers to the free movement of people, goods, services and ideas throughout the continent (island states included). In this context, a national from any African country would be able to travel, transact and establish residence in any other African nation without hindrance. Unfortunately, we are far from this scenario. Indeed, moving from one country to another remains a great challenge. This was brilliantly documented by the World Economic Forum in its 2015 report titled "Unlocking Africa: Simplifying Visas to Allow the Free Flow of Talent".

Agenda 2063, the continental economic and human development plan, designed in 2013 and championed by the African Union with support from the African Development Bank (AfDB) and the United Nations Economic Commission for Africa (UNECA) defines 7 aspirations for "The Africa We Want". At the number 2 position is "An integrated continent, politically united and based on the ideals of Pan Africanism and the vision of Africa's Renaissance". Surely these could have been the words of the founding leaders in 1963, and they are even more relevant today than ever.

Delivering the promise of Agenda 2063 requires the participation of all stakeholders throughout the continent. Media, in particular, must step up to hold political leaders to account on progress in regional integration, considered by many as the key to transforming Africa. Media houses must not only monitor and report on the progress and challenges within the respective Regional Economic Communities (RECs) and beyond, but they can also contribute to nudging dawdling or reluctant leaders to honor their engagement in Agenda 2063. A good way to achieve this could be through cross border media partnerships putting forward multi-platforms reporting on the values of integration and highlighting benefits to citizens and to states. Without a firm commitment from media actors to play this critical watchdog role which is at the heart of its mandate, the visionary and ambitious continental development plan will have diminished chances of success.

Many in the media industry argue that mobilizing resources for such an endeavor is not an imminent priority given the daunting challenges they are facing in running their businesses plagued by absence of press freedom, lack of capital, adapting to digital innovation in a rapidly changing landscape with tectonic shifts in how news and information as well as other media services are collected, produced, distributed and consumed.

Having visited almost every single country in Africa and surveyed the local media landscape, I can attest to the heavy challenges that consume media actors' attention. However, they must not justify the abdication of the fourth estate's role and responsibility to hold leaders to account on such a critical aspect as African integration. Media must embrace this role without further delay if it is to stay relevant, when almost everyone, almost everywhere around the continent has a voice, thanks to mobile technology and social media.

In 2018, AllAfrica intends to spearhead this effort. We will mobilize our partners, in and outside the media industry, to promote and fully explore the findings of the African Regional Integration Index (ARII). This is a monitoring tool developed by the ECA, the AU and the AfDB that is designed to track the progress of regional integration. It was first published in 2016 and a second edition will be released in 2018.

I doubt there will ever be perfect conditions for media to fully embrace its role and arguably that will never happened anywhere in the world. However, the earlier media leaders take ownership of their responsibility to participate in driving the continent forward, the best chances they have to stay relevant in societies where they are ever needed. In the words of the late Nelson Mandela "It always seems impossible until it's done".

Amadou Mahtar Ba is co-Founder and Executive Chairman of AllAfrica Global Media, Inc – owner and operator of http://allAfrica.com, the largest content service provider specialized on Africa. Mr. Ba sits on several boards and participates in a number of international working groups including the UN Secretary General's High Level Panel on Women's Economic Empowerment, the World Economic Forum's Network of Global Councils, the Africa Democratic Institute, the Africa Policy Advisory Board of ONE and serves as a member of the Panel of Judges for the CNN African Journalist Award. He is a recipient of many distinguished awards and recognitions in Africa, Europe and the USA, including being selected in the 100 Most Influential Africans for three years in a row by New African Magazine. Forbes Magazine listed him one of The Top 10 Most Powerful Men in Africa in February 2014. Mr. Ba was educated in Senegal, France and Spain. He is fluent in French, English, Spanish, Fulani and Wolof.

Previous Story
Strengthening the pathways to success: The global challenge of learning
Next Story
Tangier's MEDays Forum to Debate Global 'Upheavals' in November

Strengthening the pathways to success: The global challenge of learning