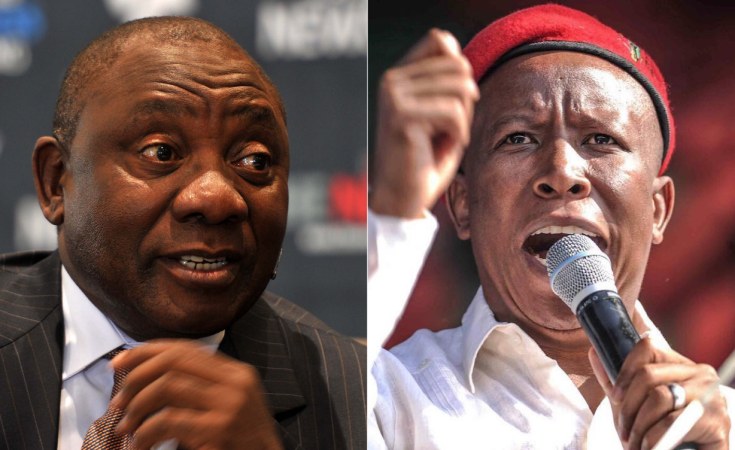 EFF leader Julius Malema on Monday warned ANC president Cyril Ramaphosa that the party plans to give him more of a headache than it did President Jacob Zuma.

"What we were doing with Zuma, it was a picnic. Wait and see what is going to happen with Ramaphosa. What we are going to do to white monopoly capital this year, wait and see."

Addressing the media on the party's plenum over the weekend, Malema said Ramaphosa's stained legacy over the Marikana massacre proved that the ANC leader was capable of doing anything for profit.

"If you don't know ask the people of Marikana. Cyril turns a buffalo story into a joke now. He even calls himself a buffalo after we criticised him for buying an R18m buffalo when there are poor people. He came back and said: 'Oh, well, now I know that I should have been more considerate. I should not have bought that buffalo, especially when our country is confronted with such poverty.'"

Malema said that Ramaphosa referred to himself as a buffalo showed that he had forgotten his apology for his role in the massacre.

"He has turned that thing into a joke. It's a joke to him. Anything that perpetuates the humiliation and the pain of black people to him is a joke."

Malema said the EFF wanted to show white capitalists that Ramaphosa will not save them.

The surrender of land, empowerment of black people, respect for workers' rights and doing away with racism was their only salvation, he said.

Most difficult challenge yet

In September 2012, shortly after the Marikana massacre, Ramaphosa was reported to have bid close to R19.5m on a buffalo and its calf, City Press reported.

During an interview with SAfm that year, he apologised for the bid and said he had been chastised by his ANC comrades.

Ramaphosa was also widely criticised for his actions leading up to the killings of the miners.

Last year, he apologised for the manner in which the Marikana massacre unfolded, saying he was sorry for the type of language he used at the time.

Speaking at Rhodes University, Ramaphosa told students that he had intervened in the Lonmin mine strike in Marikana to prevent further deaths.

On the eve of the Marikana shooting, Ramaphosa allegedly said in an email discussion between Lonmin management and government officials that events around the strike "are plainly dastardly criminal acts and must be characterised as such".

Ramaphosa, who is widely respected by the business community, now faces his most difficult challenge yet as he tries to convince a defiant Zuma to step down as state president. 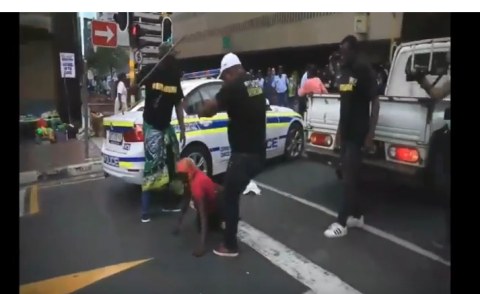 South Africa's ANC Postpones Meeting After Zuma, Ramaphosa Talk
Tagged:
Copyright © 2018 News24Wire. All rights reserved. Distributed by AllAfrica Global Media (allAfrica.com). To contact the copyright holder directly for corrections — or for permission to republish or make other authorized use of this material, click here.