Africa: Together, We Can Stop FGM 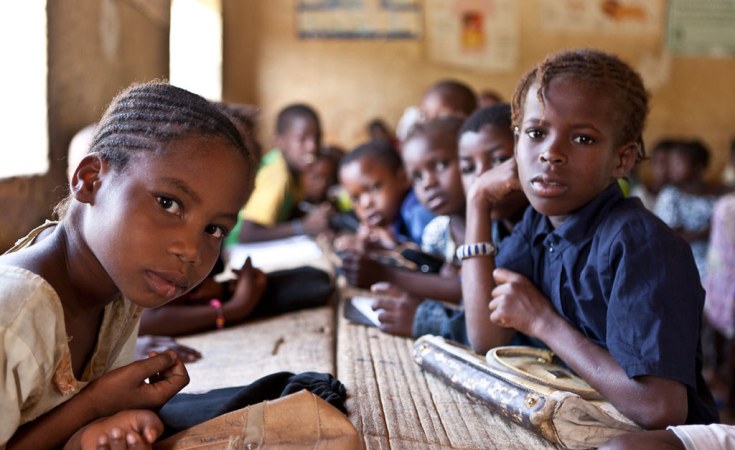 As we mark the 2018 international day International Day of Zero Tolerance for Female Genital Mutilation we need to accelerate efforts of raising awareness and encourage concrete actions to stop the harmful practice.

"Female genital mutilation targets little girls, baby girls - fragile angels who are helpless, who cannot fight back. It's a crime against a child, a crime against humanity. It's abuse. It's absolutely criminal, and we have to stop it." - Waris Dirie (Somali model and anti-FGM activist)

His advert read as follows:

"Bonanza! Bonanza!! Bonanza!!! Free of charge eight days yearly opportunity has come again, and it's going to end (sic)"Despite the fact that FGM is illegal in several African countries traditional cutters like Adebayo still ply the trade and practice which violates the rights of young women and girls. Adebayo's pictures that accompanied the free bonanza advert harrowingly revealed a young girl lying on a thin cloth next to a bucket as she was held on the floor by older men, visibly subjected to FGM against her wishes.

In the same way, as depicted in Adebayo's pictures, many young girls across the African continent continue to endure the harmful practice. They experience immense pain and profuse bleeding that can result in death.

If they survive, it usually comes with long-term health effects such as urinary and childbirth complications, painful menstruation, sexual dysfunction and psychological problems which prevent them from attending school, pursuing a career or having healthy relationships and family lives. As a result, many girls are unable to realise their full potential, and the effects lock them in a downward spiral of lost human potential.

According to the 2017 state of the world population report, Worlds Apart, "When millions of women struggle with deprivations the costs are compounded for societies and economies as a whole. Prospects dim for realising human rights and achieving a stable, fair society and an inclusive, sustainable economy."

In a joint statement on of the 2018 International Day of Zero Tolerance for Female Genital Mutilation, UNFPA Executive Director Dr Natalaia Kanem and UNICEF Executive Director Henrietta H. Fore emphasise, "Girls who are not subjected to the practice tend to grow up to be healthier and have healthier children. They are often better educated, earn higher incomes and are more empowered to make decisions about their own lives. Communities and countries that confront the harmful practice and commit to changing it reap commensurate benefits."

It is estimated that over 200 million girls globally in countries in Africa, Arab states and Asia have been subjected to FGM. According to UNFPA, there is progress - a girl today is about one third less likely to be cut than in 1997. Still, without concerted and accelerated action, a further 54 million girls are likely to be cut by 2030.

UNFPA and UNICEF, with funding from a range of donors including the European Union, Finland, Germany, Iceland, Ireland, Italy, Luxembourg, Norway, Sweden and UK jointly lead the most extensive global programme to accelerate the abandonment of female genital mutilation (FGM). The joint project is linked to the Sustainable Development Goal 5.3, which aims to end all harmful practices by 2030.

The focus continues to be on countries with highest FGM prevalence, with the aim of shifting social norms in affected communities while working with governments to put in place viable national response systems. The programme has directly contributed to the enactment of laws banning FGM in the Gambia, Guinea Bissau, Kenya, Nigeria and Uganda. It has also enabled capacity building and enforcement of legislation, resulting in 700 arrests to date.

Until the outrage, Adebayo did not know the harmful effects of FGM despite the fact that over 50 percent of women and girls in Kwara had undergone FGM--the sixth highest out of all the Nigerian states. According to CNN, Adebayo posted on his Facebook page on January 4 that campaigners had visited him from anti-FGM groups.

In the post, he said: "They made me realize the disadvantages and implication in doing mutilation for (the) female child."

"I urge every parent to put an end to the female circumcision... because of (the) problems that might come out from there later in the future," he added.

Delivering Sexual and Reproductive Rights for All Has a Price Tag
Tagged:
Copyright © 2018 This is Africa. All rights reserved. Distributed by AllAfrica Global Media (allAfrica.com). To contact the copyright holder directly for corrections — or for permission to republish or make other authorized use of this material, click here.