South Africa: No Date Yet for SONA 2018, but Budget Speech Will Take Place On February 21 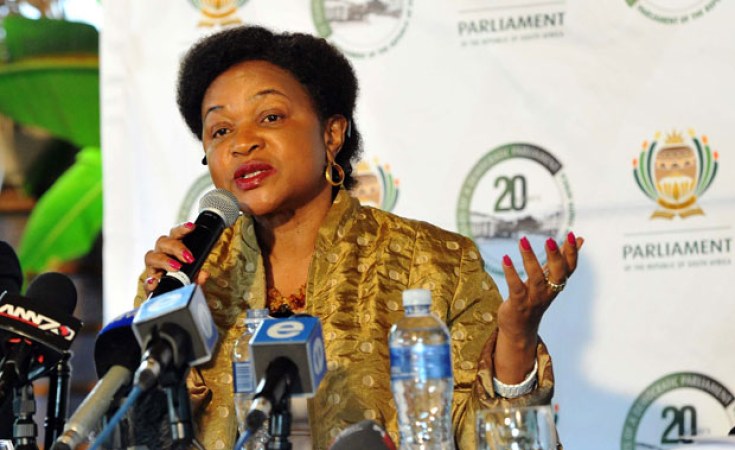 The impasse on a new date for this year's State of the Nation Address (SONA) will not affect the delivery of the budget speech on February 21.

This was the outcome of Wednesday's meeting between the Speaker of the National Assembly Baleka Mbete and the chief whips of the parties represented in Parliament.

No new date could be set for SONA, but there was an agreement that the budget speech would definitely go ahead on February 21, regardless of any change in the Presidency.

Mbete and chairperson of the National Council of Provinces Thandi Modise announced the unprecedented move to postpone SONA on Tuesday, citing "that there is little likelihood of an uneventful joint sitting of Parliament this coming Thursday".

It has, however, become clear that the date for SONA is very much dependent on the outcome of ANC president and South Africa's deputy president Cyril Ramaphosa's discussions with President Jacob Zuma about what is termed the "transition", otherwise known as Zuma's resignation.

Communications Minister Mmamoloko Kubayi-Ngubane told journalists assembled outside Tuynhuys there is consultation between the Presidency and speaker to determine a new date for SONA.

"So once that consultation is done, there will be an announcement, we're hoping very soon, before the end of the week," she said.

Parliament spokesperson Moloto Mothapo confirmed to News24 on Wednesday that there was no new date proposed for SONA.

He said the presiding officers and chief whips agreed at Wednesday's meeting that they still prefer the matter to take place within a week.

The outcomes of discussions between Ramaphosa and Zuma will ultimately dictate the way forward, as they will have implications for Parliament.

Preparations for SONA are therefore continuing and Parliament is waiting for a formal announcement.

Parliament changed its rules in 2017 to ensure that SONA doesn't mark the start of the Parliamentary year, and thus work can continue.

However, it was not ideal to have the two dates switched, he said.

UDM chief whip Nqabayomzi Kwankwa said that the arrangement, while technically allowed, would not make any sense.

"SONA is meant to inform the budget speech," he said.

When Mbete was asked during an interview with Talk Radio 702 if it was possible for the budget speech to take place ahead of SONA, she said even though her job required for her to be a stickler for procedure "extraordinary situations called for extraordinary measures", and Parliament would be ready to adjust.

"All I know is that the finance minister will deliver the budget. As to who, don't ask me," she told the radio show's host.

She admitted that postponing SONA was embarrassing as she had to turn away several guests, including those who were preparing to fly into the country for the event.

"At the end of the day it also inconveniences people, it keeps you anxious. I am not happy about the anxiety to the nation," said Mbete.

"I am anxious but also hopeful that we are sorting ourselves out and will give certainty in a few hours' time," continued the Speaker of the National Assembly.

Mbete told Talk Radio 702 she was waiting for the executive to give an indication about when it would be ready to go ahead with SONA.

"I can only be certain as soon as I have some communication from the side of the executive. Let's all keep hoping, be positive and hope for the best," she said.

Meanwhile, opposition parties the DA, EFF, COPE, ACDP, UDM and FF Plus said in a joint statement that they had met at Parliament on Wednesday to discuss the way forward for the legislature.

"Our country cannot be ground to a halt to allow for a compromised ANC to fight their internal battles. This must [be] resolved as soon as practically possible, so that South Africa can move past the ruinous Zuma era, and towards the future," reads the joint statement.

They called a meeting for Monday and invited the leaders of all the opposition parties in Parliament: the DA, EFF, COPE, ACDP, UDM, VF+, IFP, NFP, PAC, APC, AIC and Agang.

On the meeting's agenda will be the EFF's motion of no confidence against President Zuma, which has been provisionally scheduled for February 22, 2018, and Parliament's mandate to elect a new president once Zuma is removed.

Pushed by Party, Scandal-Plagued Zuma May Have to Resign

South Africa's ANC Says Caucus Meeting Was an 'Internal Matter'
Tagged:
Copyright © 2018 News24Wire. All rights reserved. Distributed by AllAfrica Global Media (allAfrica.com). To contact the copyright holder directly for corrections — or for permission to republish or make other authorized use of this material, click here.