South Africa: Zexit - EFF and DA Call for Urgent Motion of No Confidence 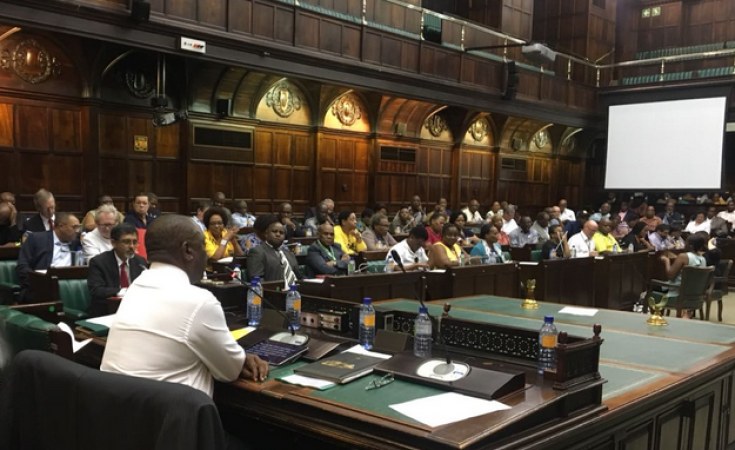 In a statement, Maimane said the EFF would table a motion of no confidence in President Jacob Zuma.

"A letter from the EFF will be sent to her office reflecting this urgent call. This will allow for Parliament to debate and vote on the EFF's motion of no confidence in Jacob Zuma.

"Parliament elects a president, and Parliament removes a president. It is not done behind closed doors at Luthuli House," he said.

This comes in the wake of growing frustration by political parties, including the ruling party itself, over Zuma's imminent exit.

Newly elected African National Congress president Cyril Ramaphosa has been talks with Zuma. However, there has been no official communication confirming his resignation.

Maimane has also called for an urgent sitting of Parliament's programming committee to have Parliament's agenda finalised.

Two days before the State of the Nation address was scheduled to take place, Mbete announced that it had been postponed.

In a leaked recording, ANC treasurer general Paul Mashatile said that Zuma was refusing to resign and the ANC will be forced to recall him.

In the recording, Mashatile is heard saying that the "best possible way is if the state president exits".

Maimane called on Ramaphosa to support the call for a motion, to ensure that it is debated without delay.

"Lastly, we flatly reject any amnesty agreement or special deal for President Zuma. He is not above the law, and must still face the 783 criminal... [counts] illegally dropped over a decade ago and which the courts have now revived."

'On Hold' - Catchphrase for South Africa as Zuma Awaits Fate
Tagged:
Copyright © 2018 News24Wire. All rights reserved. Distributed by AllAfrica Global Media (allAfrica.com). To contact the copyright holder directly for corrections — or for permission to republish or make other authorized use of this material, click here.