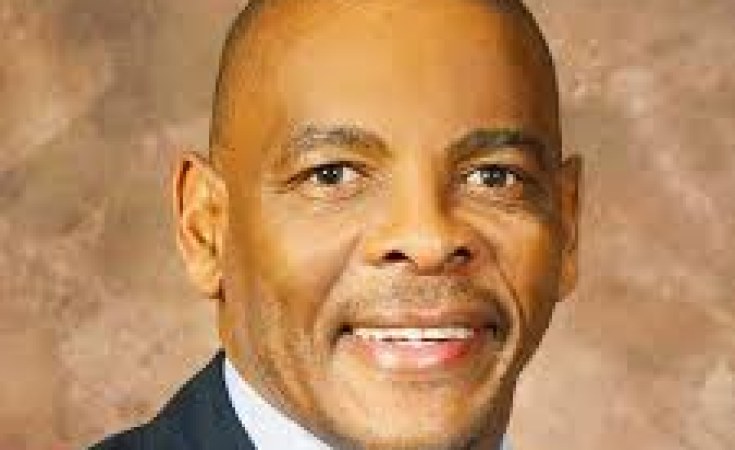 This was the message of ANC secretary general Ace Magashule and chief whip Jackson Mthembu as they addressed journalists outside Parliament's Old Assembly Chamber after the more than two-hour special caucus meeting concluded.

The meeting took place amid continuing uncertainty about President Jacob Zuma's future and when this year's State of the Nation Address (SONA) will be delivered.

Mthembu said that they don't usually address the media after a caucus meeting, as it is an internal matter, however, due to the media interest, they thought they should say a few words.

"I was here with the president [Ramaphosa] because this was the first caucus. We were coming to greet comrades and the leaders and say to them, this is the year they have to work hard and ensure the resolutions of the 54th conference is implemented," said Magashule.

"So it was just to say hello, how are you, work hard and let's unite and bring confidence to society in general as well as the African National Congress," said Magashule.

It is not usual for caucuses to sit before the SONA, it is usually considered the "opening of Parliament".

News24 saw the meeting's agenda. Among the items were an address by ANC president Cyril Ramaphosa, a briefing by the presiding officers on the postponement of SONA, and feedback on the new Parliamentary rules in support of section 89 of the Constitution, which deals with the removal of the president.

Zuma decision 'in due course'

When journalists asked when Zuma will resign, Mthembu supressed a smile and said with slight exasperation: "I knew... "

"Well, the president of the ANC released a statement yesterday (on Wednesday) to say there is fruitful and constructive discussions between President Zuma and president Ramaphosa. In due course we will know how that discussion is going."

He said a time hasn't been determined.

Asked if caucus would support a motion of no confidence in Zuma, Mthembu said: "By the way, we just did you a favour [by speaking to the media]. And we think you are pushing and abusing the favour now. In fact, the SG felt that, because you are here now, it would be disrespectful of him to just pass."

Mthembu said the matter of a motion of no confidence wasn't part of the caucus meeting.

"Caucus doesn't take a decision on who becomes president of the republic, caucus is told by the governing party," Mthembu said.

"Caucus matters are caucus internal matters and this conference is closed, thank you very much. Bye-bye."

MPs and Cabinet members remained tight-lipped as they started filing into the Old Assembly venue around 10:00, with many shrugging their shoulders or shaking their heads when questions were posed.

"All I can say is 'good morning'," a smiling MP Francois Beukman said before entering.

Small Business Development Minister Lindiwe Zulu told journalists just before entering, that they were there to seek further clarity on the ANC leadership's directives.

"We still have work to do and we will take direction from the leaders," she said.

Ramaphosa spoke for roughly an hour before the caucus moved on to the next item, as could be seen through the entryway to the venue.

Also on the agenda was a briefing by rules committee chairperson Richard Mdakane on the committee's progress in developing rules to impeach a president, as ordered by the Constitutional Court.

The joint rules committee last week agreed to give its caucuses two weeks to consider two proposals currently before it. The options are between a "hybrid" committee of 39 MPs, assisted by a panel of legal experts, or a panel of five retired judges.

Those rules are due to be decided by the committee, as a whole, only next week, and must be passed in the National Assembly thereafter to take effect.

'On Hold' - Catchphrase for South Africa as Zuma Awaits Fate
Tagged:
Copyright © 2018 News24Wire. All rights reserved. Distributed by AllAfrica Global Media (allAfrica.com). To contact the copyright holder directly for corrections — or for permission to republish or make other authorized use of this material, click here.