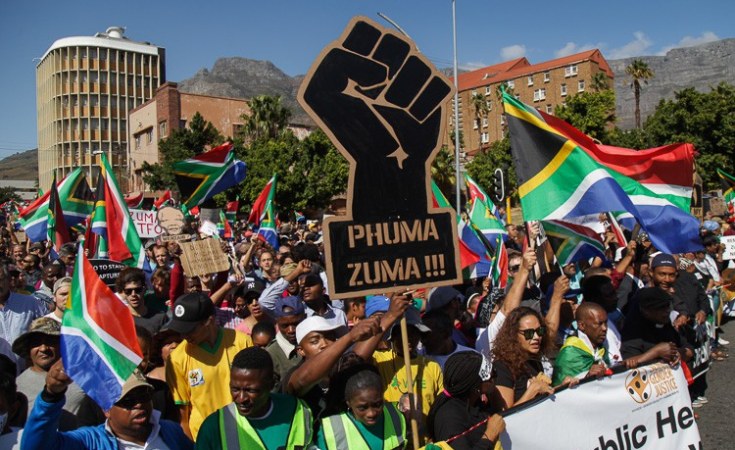 The Democratic Alliance says it is "rejoicing" at the news that Jacob Zuma has resigned as president, while the United Democratic Movement says "good riddance".

Zuma announced on Wednesday evening that, although he does not agree with his decision, he will resign as president of the republic effective immediately.

"We rejoice with all South Africans today as the long, painful decade of Zuma's presidency finally comes to an end," DA leader Mmusi Maimane said in a statement late on Wednesday, after the announcement.

"Jacob Zuma did untold harm to our country. More people are unemployed than ever before, and more people live in poverty than when he came into office.

"On his watch, corruption has been allowed to flourish to the point of nearly destroying our country and completely capturing the state and the prosecution system."

That would forever be his shameful legacy, he said.

"Even in his resignation speech tonight, he refused to take any responsibility for his actions, and for the harm he caused the country. Such shameless disdain requires a level of pathology that reveals Jacob Zuma's true nature.

Zuma must now face the 783 criminal counts still awaiting him before the courts.

"There can be no amnesty or immunity for Jacob Zuma.

"There were over half a dozen motions of no confidence across almost 1 000 days, where the ANC had opportunities to rid South Africa of Jacob Zuma and his toxic corrupt web."

"We believe that whomever is the new president, requires a mandate from the public, and that South Africans should express themselves as to whether the ANC can be trusted to tackle corruption.

"That is why we have called for the dissolution of Parliament, along with other opposition parties."

"Good riddance. You have cost the country and in the process destroyed the gains of our freedom."

The Inkatha Freedom Party said Zuma had done the right thing by resigning, but said the resignation was not a surprise.

"The die has been cast. The pressure on him from the different quarters for the first time in history has been tremendous," IFP chief whip Narend Singh told News24 on Wednesday night.

"As far as the IFP is concerned, he has done, maybe not the honourable thing, but the right thing in the interests of the country, the interests of Parliament, and the growth of the economy."

Singh said he hoped now that Parliament would expedite the process to elect a new president in Parliament.

The motion of no confidence in Zuma scheduled for 14:00 on Thursday can fall away and, pending the availability of the chief justice, he hoped the process can begin to elect a new president in the same sitting. 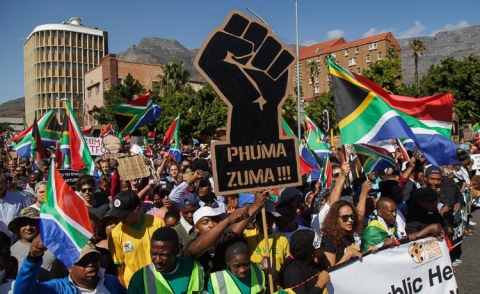 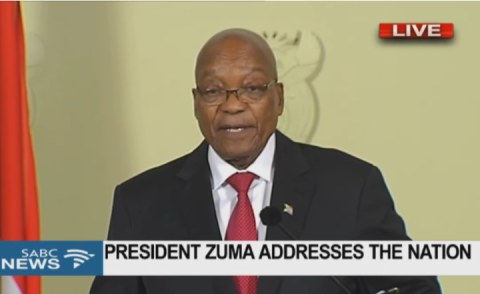