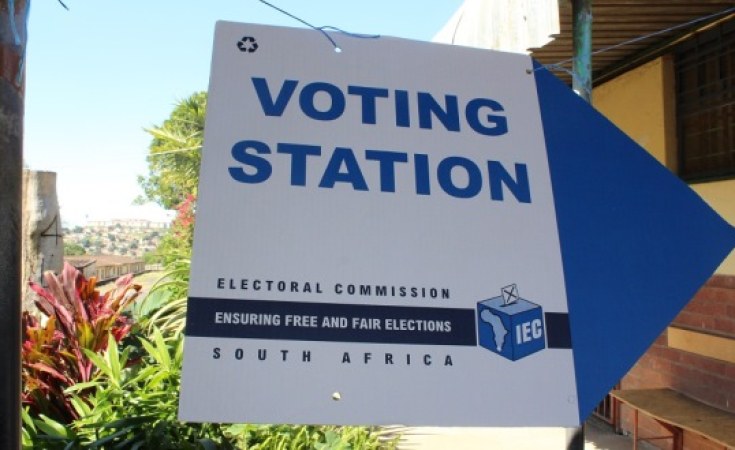 Five southern African countries are preparing for elections later this year as the region's democracy and governance once again come under the spotlight.

Five members of the Southern African Development Community (SADC) - Democratic Republic of Congo (DRC), Madagascar, Mozambique, Swaziland and Zimbabwe - are due to go to polls in 2018.

Mozambique has set 10 October as Election Day for its sixth municipal polls, while the DRC has announced 23 December for its long-awaited general elections.

The other three countries are yet to pronounce Election Day although President Emmerson Mnangagwa has indicated that Zimbabwe will hold its harmonised elections around July.

The harmonized elections will see Zimbabweans choosing a president, members of parliament, senators and local councillors.

The DRC and Zimbabwe have just concluded voter registration exercises, a crucial step in the electoral process.

According to the Independent National Electoral Commission (CENI) of the DRC, 46,021,454 voters had registered to vote by the close of the registration process on 31 January.

The total number of registered voters represents a 48 percent rise from the more than 31 million Congolese who registered to vote in the last elections held in 2011.

CENI said political campaigns will open a month before the elections are held as stipulated by the laws governing elections in the DRC.

In Zimbabwe, more than 5.3 million people have registered to vote in the harmonized elections, according to the electoral commission.

The Zimbabwe Electoral Commission (ZEC) said "5,310,734 registered as at the end of the Biometric Voter Registration (BVR) mop up exercise" that ran from January 10 to February 8.

The mop-up exercise was necessitated by the failure by some prospective voters to register during the initial BVR registration campaign that ran from September to December 2017.

According to ZEC, people can still register to vote at district offices until 12 days after the sitting of the nomination courts that will confirm election candidates.

The completion of the voter registration exercise is the first milestone as Zimbabwe prepares to hold watershed elections.

In Mozambique, the National Elections Commission (CNE) has announced that voter registration will run from 1 March to 29 April.

CNE is targeting to register about 8.5 million people out of an estimated eligible voter population of 13.4 million.

The long-awaited elections in DRC were originally supposed to be held in 2016 when the second and final term of President Joseph Kabila ended.

However, various challenges, including internal instability, lack of preparedness on the part of the electoral commission and the alleged unwillingness by President Kabila to step down as the leader of the country, prevented the country from holding elections.

According to the DRC constitution, Kabila is not eligible to contest in the forthcoming elections.

DRC for long has been experiencing conflicts in the eastern part of the country and more recently in the central region of Kasai.

However, with support from various regional and international partners, including SADC and the African Union, the DRC has been working on addressing some of the challenges.

SADC has welcomed the election calendar set by CENI.

SADC Executive Secretary, Dr Stergomena Lawrence Tax recently completed a two-day mission to the DRC where she hailed the commitment shown by CENI and other different stakeholders in preparing for the third democratic elections in DRC.

Dr Tax reaffirmed support of the regional bloc to DRC, saying the region will soon open a SADC Liaison Office in Kinshasa that will, among other things, help "to facilitate effective discharge of SADC Regional Cooperation activities in the DRC in a bid to support the DRC to address security and political situation."

The office will be opened in March 2018.

When operational, the office will comprise experts from Member States that presently constitute the SADC Organ Troika. These are Angola (current chair), Zambia (incoming chair) and Tanzania.

The Organ Troika is responsible for promoting peace and security in the SADC region.

It is mandated with providing Member States with direction regarding matters that may threaten peace, security and stability in the region.

Swaziland's system of government is based on its own Tinkhundla system of democracy. Inkhundla or Tinkhundla is a Swazi name for a constituency.

Under this system, candidates in the parliamentary election are shortlisted in their chiefdoms, and a total of 55 parliamentarians are elected through this process.

King Mswati III nominates a further 10, bringing the total number of Members of Parliament to 65

In order to come up with the 55 Members of Parliament who are elected by the chiefdoms, each chiefdom is required to nominate a minimum of four and maximum of 10 candidates.

After the nomination process is concluded, primary elections are held at the chiefdom level by secret ballot to elect one candidate who will take part in the secondary election at the constituency level.

Before the secondary election is held, the candidates from each chiefdoms are given equal opportunities in all the chiefdoms in that constituency to address the voters on various aspects of development and issues of national interest.

To complete the selection process, candidates from chiefdoms that make up a constituency will contest against each other.

Candidates with the majority votes become the winners and Members of Parliament.

In all these processes, participation is by an individual and not by party.

In Madagascar, the president is elected by direct popular vote for a five-year term, renewable twice.

The electoral system of the country provides for the conduct of a run-off between the top two candidates, within two months of the announcement of the first round poll results, in the event that there is no clear winner from the first round.

The winner of the first round presidential poll needs to win more than 50 percent of the votes to avoid a run-off.

The National Assembly consists of 127 members elected for a five-year term in 119 single-member and 2 two-member constituencies.

Tagged:
Copyright © 2018 Southern African News Features. All rights reserved. Distributed by AllAfrica Global Media (allAfrica.com). To contact the copyright holder directly for corrections — or for permission to republish or make other authorized use of this material, click here.