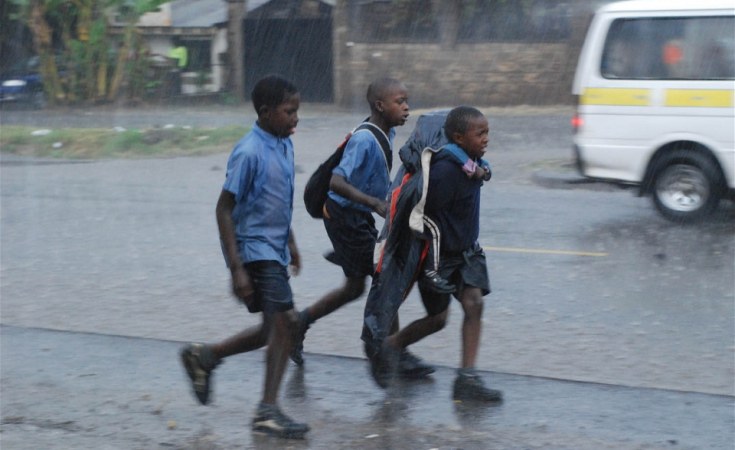 Photo: Julius Mwelu/IRIN
A group of schoolchildren fight against the rain to get home (file photo).
Nairobi News (Nairobi)
By Hilary Kimuyu

The Kenya Meteorological Department, in its latest weather forecast covering the period between February 28 and March 3 has warned that most parts of the country will receive heavy rainfall of more than 50mm Wednesday through Saturday.

According to a statement sent to newsrooms on Tuesday, the rains will be more widespread and heavier in some areas on Friday and Saturday.

On Tuesday night, parts of Thika Road, Langata and its vicinity experienced rains all through the night.

"Afternoon showers and thunderstorms are expected over few places on Wednesday increasing to several places to thereafter," said Ambenje.

He added that, the afternoon rainfall is expected to be heavy on Saturday, March 3.

North Eastern will receive afternoon showers and thunderstorms from Wednesday to Monday.

Kitui, Makueni, Machakos, and Taita Taveta counties will have afternoon showers from Thursday to Saturday, while the Coastal strip will receive showers from Friday onwards, the met department said in a statement.

The weatherman also warned residents in urban areas to be on the lookout for flash floods.

"Continue listening to local media as updates will be provided if conditions change significantly," the statement added. 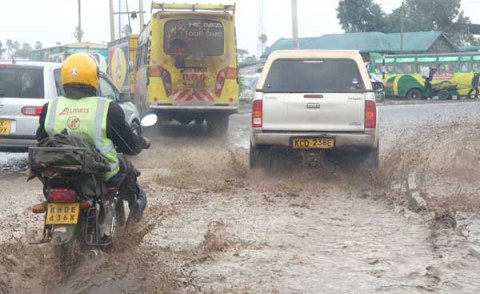 Heavy Rains Spell Flash Flood Alerts for Nairobi
Tagged:
Copyright © 2018 Nairobi News. All rights reserved. Distributed by AllAfrica Global Media (allAfrica.com). To contact the copyright holder directly for corrections — or for permission to republish or make other authorized use of this material, click here.