The South African National Editors’ (SANEF) notes with alarm an event that unfolded yesterday afternoon and evening that threatened media freedom. Investigative journalist and author, Jacques Pauw, had his house raided by a terrorist-fighting ‘Crimes against the state’ unit of the Hawks. Pauw is the author of the book ‘The President’s Keepers’, a book that uncovered explosive information about ex-President Jacob Zuma and allegation of state capture.

The speculation at the moment is that rogue elements in the state security agencies are now fighting back to intimidate and harass journalists to try and close down these kinds of stories. However, SANEF believes these narratives are critical to the life blood of our democracy and to ultimately ensuring the end to the state capture project. SANEF intends to meet with the new Minister of Police, Bheki Cele to outline its serious concerns.

SANEF believes that we cannot be too vigilant when it comes to issues of media freedom. We have seen a number of alarming media censorship trends developing in South Africa. SANEF’s members and journalists in the broader journalism fraternity such as the ‘SABC 8’ journalists have been subject to serious harassment leading to the death of Suna Venter.

A number of editors and senior journalists were harassed and threatened by the Black First, Land First movement in 2017. SANEF notes that not only ‘establishment’ journalists have been threatened but also journalists in smaller community papers and community radio and television stations.

Some of these stories were revealed in an important discussion on World Press Freedom Day held by Sanef and the Institute for the Advancement of Journalism in May 2017. In the lead up to elections in 2019 the political temperature is set to rise in South Africa. It is particularly in these fractious, contentious periods that South Africans need to protect their journalists. 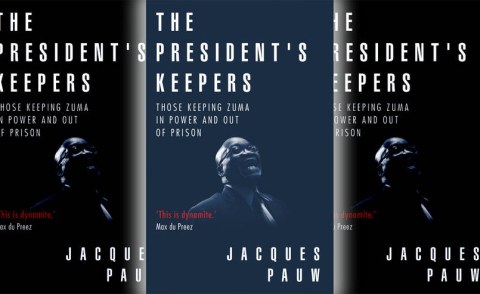