Mozambique: Over 100 Vultures Poisoned in Moamba 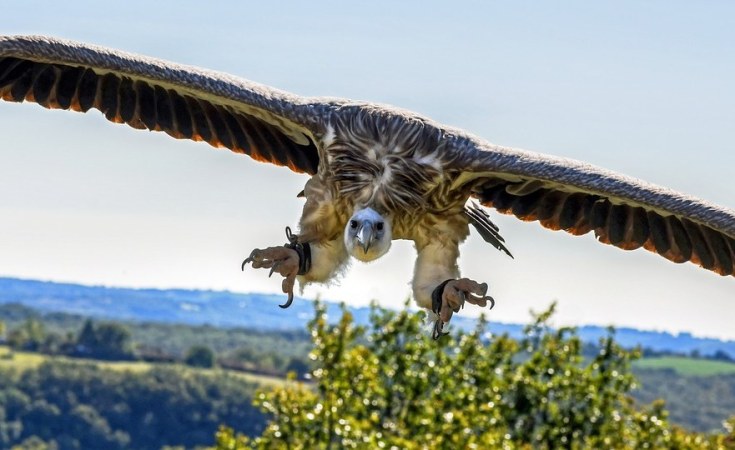 Maputo — A poacher deliberately poisoned at least 104 vultures last Saturday, at Mbashene, in Moamba district, about 70 kilometres north of Maputo.

Several species of vultures were killed. According to the National Administration of Conservation Areas (ANAC), 80 were white-backed vultures (Gyps Africanus) and 17 were hooded vultures (Necrosyrtes monachus), both of which are endangered in Mozambique.

The poacher, 62 year old Nelson Machel, has been arrested. He is accused of putting a powerful poison on the body of an elephant killed for its tusks. The vultures flocked to the carcass and succumbed to the poison. Some of the vultures may have flown away from the carcass, and only died from the poison later: so the death toll can be expected to rise.

Machel was found in possession of two elephant tusks and a flask of the poison. He confessed to poisoning the vultures, but he denied killing the three elephants found at Mbashene.

The reasons for the poisoning are still being investigated, but several of the birds were mutilated, which suggests the extraction of vulture body parts for use in superstitious rituals.

It was the operator of the Incomati conservancy, adjacent to Mbashene, Dries Gows, who first became aware of the poisoning, and alerted ANAC, which in turn contacted the Mozambican Environmental Protection police unit (PPRMNA).

The PPRMNA arrested Machel the day after the poisoning in the Moamba village of Tombine-Sabie, and he is being held at the Moamba district police command.

A wildlife veterinary doctor from South Africa's Kruger National Park, and a vet from the Sabie Game Park, Joao Simoes de Almeida, were called in to help administer an antidote to save the lives of the 17 surviving vultures.

ANAC warned that this incident draws attention to the growing threat of poison used by poachers to kill wildlife. Vultures are a key part of the ecosystem, but are in serious trouble. Some African vulture species have declined by 80 per cent over the past three decades.

High Above, Drones Keep Close Eye On Africa's Wildlife
Tagged:
Copyright © 2018 Agencia de Informacao de Mocambique. All rights reserved. Distributed by AllAfrica Global Media (allAfrica.com). To contact the copyright holder directly for corrections — or for permission to republish or make other authorized use of this material, click here.