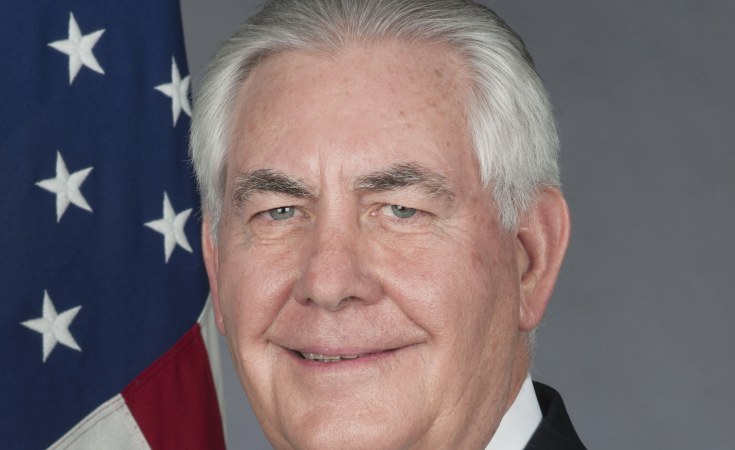 US President Donald Trump promised in late January that his Secretary of State Rex Tillerson would make an "extended" visit to Africa in March. In a letter to all African leaders, he reportedly described the purpose of the visit as reaffirming "the partnerships and values we share with the African Union, member states and citizens across the continent".

Similar language was used when the US State Department finally announced Tillerson's March 6-13 trip. Spokesperson Heather Nauert said he would discuss ways (the US) can work with our partners to counter terrorism, advance peace and security, promote good governance, and spur mutually beneficial trade and investment.

If true, Tillerson would be covering the same issues that have motivated similar African tours by every US Secretary of State since the end of the Cold War. Typically, these trips have reiterated or augmented long-running bi-partisan US government programmes welcomed by African partners. These have included public health, agricultural development, alternative energy, and trade. The biggest ticket item on trade is the large unilateral concessionary agreement the US Congress has reaffirmed allowing African products preferential access to US markets.

African leaders would be right to note that unless these few partnership agreements are reaffirmed, America's declining importance and influence on the continent that has accelerated under the Trump presidency, will continue.

Realistically, Tillerson's mission will produce few benefits for Africa, or for US-Africa relations. There are three reasons why Africans should view his trip with scepticism.

One is the trip's limited nature. Geographically it is restricted to the so-called "arc of instability". Tillerson is visiting just five of Africa's 54 countries: Chad, Djibouti, Ethiopia, Kenya and Nigeria. Evidently counter terrorism is America's main Africa concern.

If Trump and Tillerson were seriously interested in issues of trade, public health, and good governance he would have at least included democratic South Africa on his agenda. On 23 February I queried an official involved in planning the trip whether South Africa would be on the final agenda. He said he doubted it because it was still forming a government and making [cabinet] selections.

Instead, Tillerson has prioritised repressive governments and ones under states of emergency.

The second reason that Tillerson can't be expected to deliver much is that the US hasn't shown much appetite for diplomatic engagement with Africa since Trump became president. In contrast, the US military is already deeply engaged in the struggle against counter terrorism. And it's difficult to see what Tillerson can add. To be fair, Defence Secretary Jim Mattiss, is eloquent in endorsing active diplomacy over military means in preventing and resolving conflicts. Yet neither Trump or Tillerson has announced an overarching Africa policy. No Assistant Secretary for Africa has been named, important embassies, including in South Africa, lack ambassadors.

This is in sharp contrast to the US's active engagement on the military front. Six months ago General Thomas Walhauser, Commander of US Africa Command, outlined a clear policy for this region. It included forging mutually African partnerships, as well as with China, Japan and the European countries. It also included the establishment of military bases in Djibouti and elsewhere.

Finally, Tillerson has no credibility. He has been publicly criticised and even mocked by his commander-in-chief. Rumours persist that he will resign or be fired. And any claims that the government he represents means what it says is undermined by Trump's own false or misleading statements. He made an astounding 2436 during his first 406 days as president.

African countries set a dignified precedent earlier this year in their expressions of dismay when Trump reportedly compared African countries to dirty toilets. It would be reasonable for the African Union to reiterate its regret and disappointment over America's declining relevance and importance as a partner in advancing mutual concerns, beyond counter terrorism.

Africans should also remind Tillerson of their appreciation of China's increasing importance as their leading development partner. He should be made aware of the fact that the US is missing opportunities for mutually beneficial bilateral development cooperation.

In addition, he should be reminded that there's room for cooperation between Africa, China and the US. In the past three years The Carter Centre in Atlanta has sponsored a project involving African, Chinese, and US military experts and security officials. The project has made progress in identifying areas of trilateral cooperation in the Horn and Lake Chad Basin - troubled areas Tillerson will visit. But so far neither Trump nor Tillerson has shown any signs of engaging China.

Amid the uncertainties of the Trump era other less prominent Africa-US relations may prove to be more vital to protecting and advancing Africa's interests than traditional US diplomatic channels, including the office of Secretary of State. After all, Tillerson serves a president whose domestic hold on power appears increasingly vulnerable. And it's worth recalling that since the 1990s Congress has consistently supported expanding economic and political partnerships with Africa. The reason for this is that congressmen have been pressed to do so by African-Americans as well as other sympathetic elements in America's diverse civil society, business, and philanthropic sectors.

Networks such as these, as well as close ties at state and local government level that stretch throughout Africa may indeed be more important in the long run.

Rex Tillerson Expected to Mend Fences During His Africa Visit 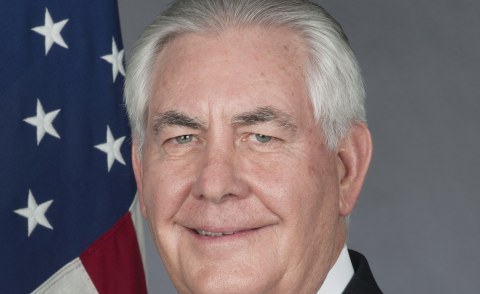 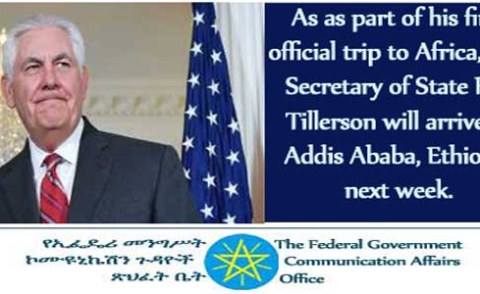 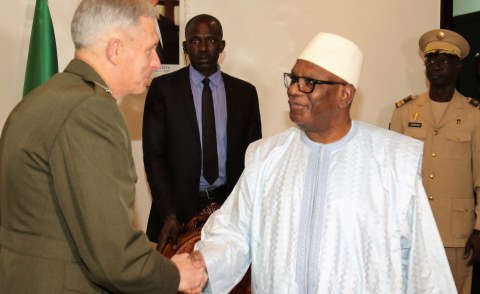 U.S. Lays Out Africa Priorities Ahead of Tillerson Visit
Tagged:
Copyright © 2018 The Conversation. All rights reserved. Distributed by AllAfrica Global Media (allAfrica.com). To contact the copyright holder directly for corrections — or for permission to republish or make other authorized use of this material, click here.