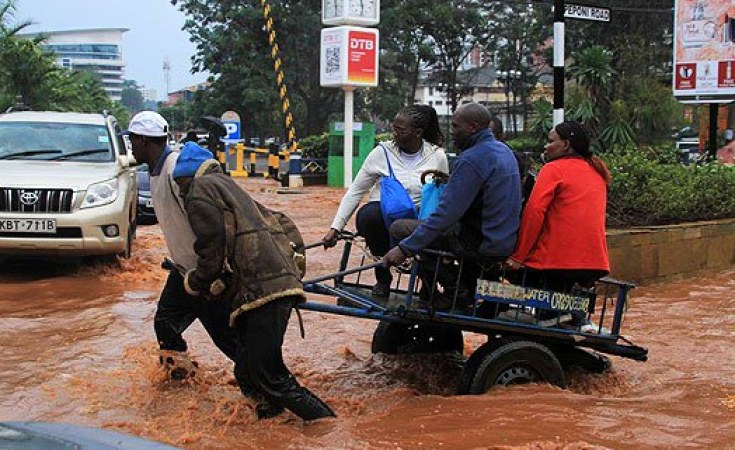 Nairobi — The Kenya Meteorological Department has warned of heavy rains in most parts of the country throughout the week, in what is likely to cause floods.

In a statement, the departments says that areas to be affected include Nairobi, Western, Nyanza, Rift Valley, North and South eastern Kenya, Coast and Central regions which are already experiencing rainfall.

Those living in urban areas have been warned to watch out for "flash floods though the rainfall will not be as heavy as the just recently experienced wet spell."

Areas such as Western, South and Central Rift Valley, Central Kenya including Nairobi are expected to receive heavy rainfall of more than 40mm in 24 hours.

According to the statement, the heavy rainfall is likely to continue on Wednesday over counties in the South Rift Valley, South Eastern lowlands, Northern and Central parts including Nairobi.

The heavy rains will continue on Thursday and Friday in counties of Western, Coast, Northern, Rift Valley, Central and South Eastern lowlands.

MET Warns of Flash Floods in These Nairobi Estates

Floods Wreak Havoc in Nairobi
Tagged:
Copyright © 2018 Capital FM. All rights reserved. Distributed by AllAfrica Global Media (allAfrica.com). To contact the copyright holder directly for corrections — or for permission to republish or make other authorized use of this material, click here.