President Nana Addo Dankwa Akufo-Addo has announced plans by the government to install 200,000 solar systems to provide power to households, commercial and government facilities in urban and selected non-electrified communities.

The move forms part of the government's commitment to increase the use of renewable energy in the country's power generation mix, while expanding access to electricity across the country.

President Akufo-Addo announced this yesterday when he addressed the plenary session of the maiden conference of the International Solar Alliance (ISA) here in New Delhi, India.

The conference, which was co-organised by the Prime Minister of India, Narendra Modi and the President of France, Emmanuel Macron, brought together leaders from 24 countries within the tropical zone of the world that have signed and ratified the ISA framework.

The purpose of the ISA is to provide a dedicated platform for solar-rich countries to further develop world's solar energy resources and make it globally available, affordable and a preferred choice for global energy solutions.

The leaders deliberated and shared ideas on how they can harness the power of the sun to reduce their countries' dependency on the use of fossil fuel, and address the adverse effects of climate change.

President Akufo-Addo, in his address, announced plans by the government to provide two million solar lanterns to replace kerosene lanterns currently used by residents in rural and non-electrified communities in the country.

He bemoaned Ghana's inability to exploit its solar resources potentials to meet its energy demands, despite its unique position on the globe and the abundant sunshine.

"Ghana is located around the Equatorial Sunbelt with many parts of the country enjoying high solar. The country is endowed with abundant solar resources which can be harnessed to increase the contribution of renewable energy in the country's power generation mix".

"It is unfortunate that despite the abundance of sunshine, Ghana's energy mix comprises 59 per cent fossil, 40 per cent hydro and only one per cent solar," he said and expressed the commitment of his administration to invest more in solar energy.

As co-chair of the Group of Eminent Advocates of the United Nations Sustainable Development Goals (SDGs), President Akufo-Addo said Ghana was committed to achieving SDG 13 which urges countries to take urgent action to combat climate change.

He said although Ghana was not a major emitter of greenhouse, the country had demonstrated its commitment, under the Paris Agreement, to lower its greenhouse emission by 15 per cent by the year 2030.

On the basis of Ghana's specific needs, he said the government was committed to the development of utility scale solar energy projects and accelerate the development of grid solutions in upgrade and island communities for lighting, irrigation and other economic activities.

The President said the government would establish 55 mini grid electricity systems with an average capacity of 100 kilowatts and added that the systems would be based on solar P.V technology.

"A major strategy for achieving this is to build the relevant domestic capacity in the manufacture and assembling of solar energy systems and accessories within Ghana. This will also create job opportunities for our vibrant and hard-working youth," he said.

President Akufo-Addo used the opportunity to invite investors present at the conference to take advantage of Ghana's peaceful, democratic, and positive economic environment and invest in the country's renewable energy sector.

"By the end of this year, we are projected to be the fastest growing economy in the world," he said and urged the investors not to hesitate to invest in Ghana.

President Akufo-Addo commended the French President and Prime Minister of India for providing the leadership for the establishment of the alliance and pledged Ghana's commitment to contribute to make the laudable objectives of the ISA a reality. 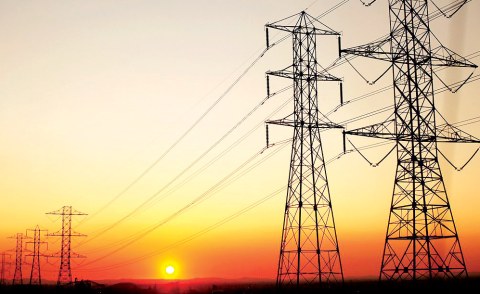 Energy Maverick Set to Build Ghana's Largest Solar Farm
Tagged:
Copyright © 2018 Ghanaian Times. All rights reserved. Distributed by AllAfrica Global Media (allAfrica.com). To contact the copyright holder directly for corrections — or for permission to republish or make other authorized use of this material, click here.