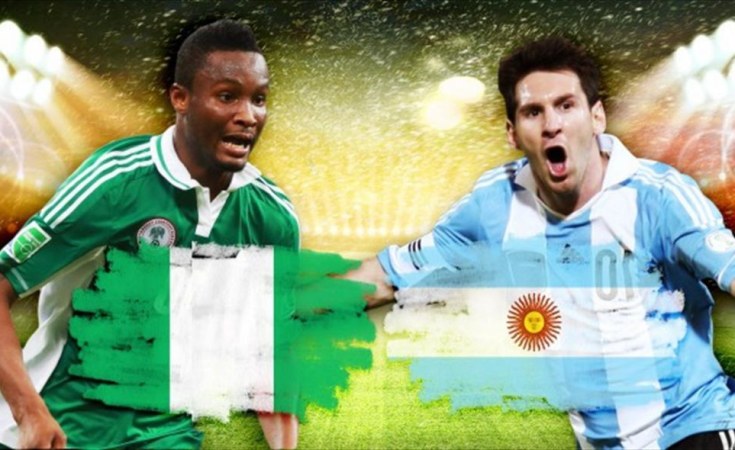 Nigeria's World Cup 2018 last Group D match against Argentina on June 26 in Saint Petersburg, Russia has been sold out.

However, Super Eagles other two games against Croatia and Iceland did not receive such attention from fans going to be physically present in the Russian cities of Kaliningrad and Volgograd respectively. The most expensive ticket for these group games goes for over N70,000.

According to FIFA, 356,700 tickets have been allocated (subject to payment) to fans around the world via FIFA.com/tickets in the first 24 hours of the first come, first served sales window, which began on Tuesday, March 13 at 12:00 Moscow time.

All three group games of Egypt have been sold out - Egypt vs Uruguay, Russia vs Egypt and Saudi Arabia vs Egypt.

Several other matches involving other African teams at Russia 2018 have also been sold out - Japan vs Senegal, Belgium vs Tunisia and Portugal vs Morocco.

Despite the huge demand and the potential waiting time to access the website, FIFA encourages all fans to visit FIFA.com/tickets and check the traffic light system, which gives an indication about ticket availability.

"Given the remarkable interest from all over the world, FIFA would like to remind all football fans that FIFA.com/tickets is the only official and legitimate website on which to buy 2018 FIFA World Cup tickets.

"Tickets obtained from any other source will be automatically cancelled once identified and will not entitle the ticket holder to access the stadium or to any refund or other compensation, FIFA warned.

Meanwhile, Super Eagles Technical Adviser, Gernot Rohr, has played down the significance of last November's 4-2 international friendly win over Argentina, claiming the result of that game will not matter when both countries lock horns in Group D's last match in St. Petersburg

In an interview with South Africa-based Soccer Laduma, the Franco-German tactician reckons the game does not confer any advantage to Eagles going into the World Cup proper.

"Remember, (Lionel) Messi didn't play that game. So we are very cautious and have to analyse this great result in that context. Argentina had played another friendly against Russia in Russia before facing us. Perhaps, they were a bit tired - they also left Russia soon after our game. I think no one should overrate the result. I definitely won't overrate it. It was definitely not to our advantage because Argentina will take us more seriously now," stressed Rohr.

Rohr however assured Nigerian football fans that the Eagles would get the best possible preparation for Argentina and the other group opponents even though the three-time African champion is the least-ranked team in the pairing.

Friendlies A Warm Up for Super Eagles' World Cup Bid
Tagged:
Copyright © 2018 This Day. All rights reserved. Distributed by AllAfrica Global Media (allAfrica.com). To contact the copyright holder directly for corrections — or for permission to republish or make other authorized use of this material, click here.