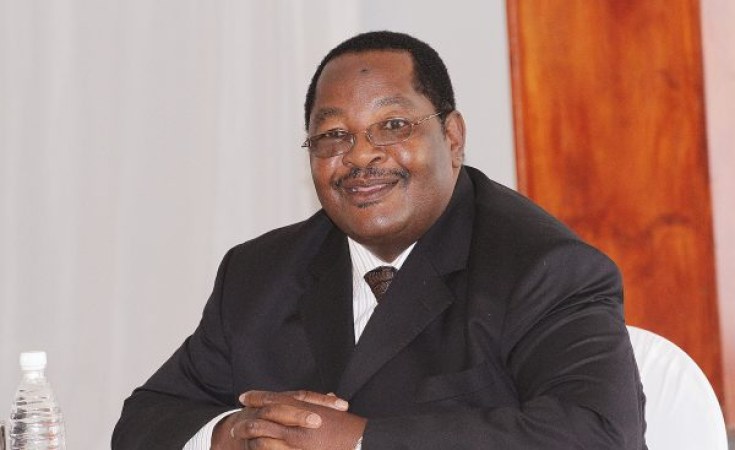 HOME affairs minister Obert Mpofu has urged Zimbabwean in Botswana to return home as the Gaborone government made it clear that people could not be refugees for ever.

Mpofu met Botswana's Minister of Defence, Justice and Security, Shaw Kgathi and the Minister of Nationality, Immigration and Gender Affairs, Edwin Batshu this Tuesday to discuss cooperation between the two countries, including the issue of Zimbabweans living in the country's western neighbour.

After the meetings, Mpofu travelled to Dukwi Refugee Camp which is home to some 687 Zimbabwean refugees. Some of the refugees have lived at the camp, which is close to the border between the two countries, for more than ten years.

Speaking in interviews with Botswana media, Mpofu said; "We had two hours meeting with them (Botswana ministers) in a cordial atmosphere.

"The engagements were quite open and candid, and I got to understand some of the reasons we have people in Dukwi. Most of them have been here for 10 years."

His appeal to the refugees, he said, was that they should go back home, as there was a new dispensation in Zimbabwe, "the situation has changed, and we will actually ensure that they come back home without any victimisation or retribution".

The refugees were apprised of the Harare government's position on the matter, "but they were also keen on their personal security, especially that they have lost their homes, and are displaced and wanted to know how government was going to assist them to re-settle".

"We are saying those that are ready to come back home now, we can facilitate that," said Mpofu.

"It will not be a once off exercise, but we will react to their requests as and when they come, but there are some who wanted to wait for elections to take place before they can consider coming."

Mpofu said the government would "certainly do something to facilitate the repatriation of the refugees who choose to go back".

He added that other issues which came up during his discussions with his counterparts revolved around Zimbabweans who are employed in Botswana with no work permits.

These Zimbabweans, he said seemed to be taken advantage of by employers who did not treat them in a manner that was within the Botswana laws.

Also discussed was the issue of cattle that stray into Botswana from Zimbabwe and get shot.

Mpofu said they had agreed that "the matter should be pursued, investigated and perhaps look at a more amicable solution to the issue, because most of the animals may have been stolen by rustlers or they would have been moved from one point to the other for some reasons only known to perpetrators".

Meanwhile, an official with Botswana's defence and security ministry, Madoda Nasha, said the "status of being a refugee had to come to an end at one point or another".

The third point, Nasha said, was the most preferred international durable solution and an end to refugee status 'and this is what Minister Mpofu was here to facilitate.'

"There are development partners that we work with, for example, the United Nations High Commissioner for Refugees and International Organisation for Migration to facilitate with orderly repatriation of refugees."

He also noted that there were repatriation programmes that existed in Zimbabwe to absorb those who go back to ensure that their repatriation is done orderly and in a manner that they become productive citizens.