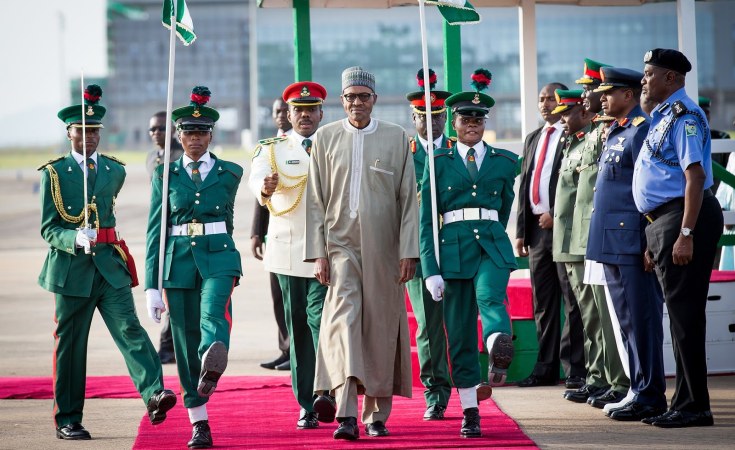 President Muhammadu Buhari cancelled his trip to Rwanda for the signing of the Continental Free Trade Area framework in order to allow more time for input from more Nigerian stakeholders.

The spokesperson of the Ministry of Foreign Affairs, Tope Adeleye Elias-Fatile, explained this in a statement on Sunday.

The media office of the Presidency made the statement available to State House correspondents.

Buhari had earlier been scheduled to leave for Kigali on Monday for an extraordinary meeting of the African Union Heads of State and Government billed to hold Tuesday for the signing of the AfCFTA agreement.

Some of his advance team members were in Kigali when the news of the cancelation of the trip broke; while others, comprising protocol staff, security officers and journalists were yesterday recalled from Murtala International Airport, Lagos, where they were to take off.

The Federal Executive Council had Wednesday given President Buhari the go-ahead to sign the framework agreement for the AfCFTA.

The council had also approved that Nigeria express her interest in hosting the secretariat of the AfCFTA.

Meanwhile, the organized labour, through the Nigeria Labour Congress, had last weekend pleaded with Buhari not to sign the CFTA, warning that it would destroy Nigeria's economy.

It had described the proposed signing of the CFTA as "a renewed, extremely dangerous and radioactive neoliberal policy initiative being driven by the Ministry of Trade and Investment that seeks to open our seaports, airports and other businesses to unbridled foreign interference never before witnessed in the history of the country.

"This policy initiative, for instance, will make it possible for a foreign airline to directly do local scheduled flights without employing Nigerians. Owing to the sensitivity of this policy or its possible fall-outs on our economy, those driving it were directed to consult the Nigerian local business community and organised labour.

"However, we at the organised labour were not consulted. Information reaching us suggests that the relevant business community has not been consulted. The drivers of this policy initiative, without consulting the relevant stake holders for possible impact assessment, have perfected a document which President Muhammadu Buhari will sign at Kigali on March 21, 2018. We, at the NEC, are shocked by the sheer impunity or blatant lack of consultation in the process that has led to this."

Why Uganda's Museveni Was Not At Free Trade Summit in Rwanda
Tagged:
Copyright © 2018 Daily Trust. All rights reserved. Distributed by AllAfrica Global Media (allAfrica.com). To contact the copyright holder directly for corrections — or for permission to republish or make other authorized use of this material, click here.