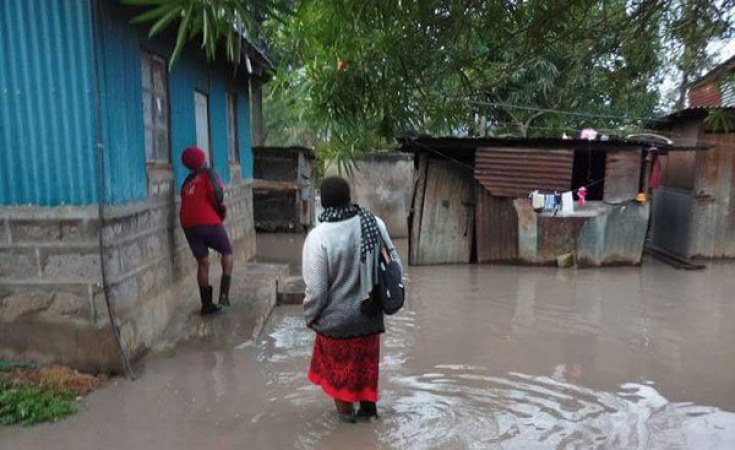 Photo: Mary Wambui/Daily Nation
A woman and her son struggle to access their marooned home in Kilimambogo, Thika, Kiambu County on March 16, 2018.
The Nation (Nairobi)
By Vivian Jebet

At least three people have died after being swept away by flood waters in Isiolo, County Commissioner John Ondego has said.

Five people who were loading sand on a lorry in Lososialaga, Samburu County, were swept away by flood waters on Friday.

Three bodies were found but the other two are still missing.

Mr Ondego said no resident had been displaced by the heavy rains but added that some roads in Merti Sub-County had been rendered impassable.

"Most of the floods in Isiolo originate from Meru," he said.

Learning was paralysed in some schools but the situation is back to normal.

On Sunday, students from different schools attending a sports tournament were stranded as the roads became impassable.

The county commissioner sent a truck to take learners home.

Mr Ondego asked residents to be on the lookout when crossing rivers or flooded sections of roads.

Floods - MP Speaks Out on Photo That Shocked Social Media

Floodwaters Kill Woman and Her Baby in Homa Bay Town