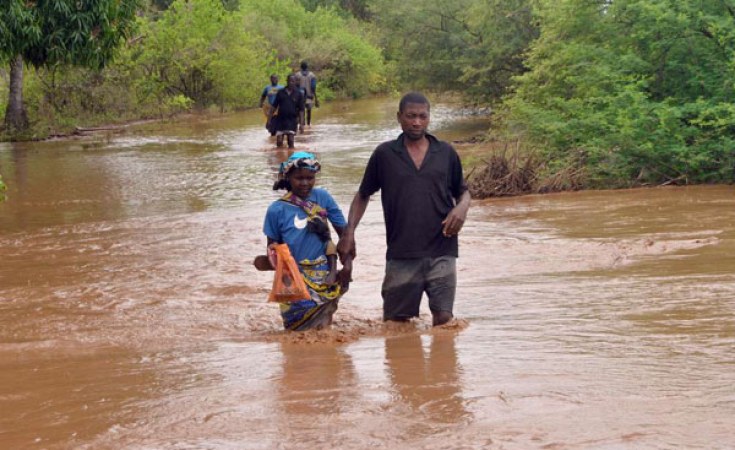 Rains continued to leave a trail of death and destruction across the country Monday.

In Kilifi and Tana River counties, some 800 families displaced by floods are in dire need of food, shelter and clothing.

"We hope to reach the families with food supplies soon," Mr Bombey told the Nation.

In Kilifi County, flood victims in Magarini have appealed for help after River Sabaki broke its banks.

In Busia County, transport along the busy Busia-Malaba Road was Monday paralysed after water damaged a temporary bridge at Amaase in Teso South Constituency.

In Homa Bay, a woman and her child were killed when flash floods swept a matatu they were travelling on Sunday.

The National Environment Management Authority warned residents against consuming water from Lake Victoria due to damage of sewerage system.

"We fear that the sweeping of all sewerage contents into the lake could lead to diseases if residents obtain the water for domestic use," said Nema County Director John Maniafu.

In Kisumu, unknown number of people were displaced in Kobura Ward following flash floods that hit the region over the weekend.

The families were forced to move out of their houses after River Auji burst its banks flooding the area.

County Director of Special Programmes, Ms Ruth Odinga, said 17 evacuation centres had been identified to house those affected by floods in the county.

"We are currently equipping these evacuation centres to make them habitable," said Ms Odinga.

A disaster management committee was formed to respond to cases floods.

Floods - MP Speaks Out on Photo That Shocked Social Media